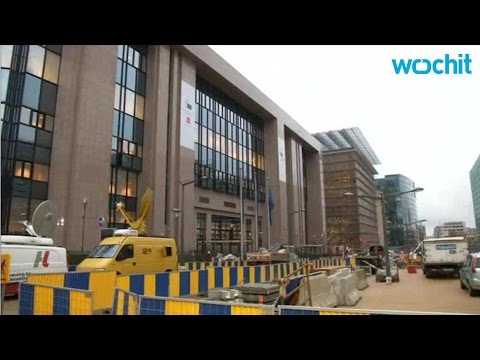 Two years ago, al-Qaeda’s Iraqi franchise took Raqqa, Syria, from al-Qaeda’s Syrian franchise, and was promptly kicked out of al-Qaeda. Within the year, the rulers of Raqqa proclaimed themselves “the Islamic State” and embarked on a global campaign to spread their so-called caliphate throughout the world.

The group’s attacks this month in Egypt, Lebanon, and France suggest that this campaign has taken a new and dangerous turn, exposing sites around the world to the sort of brutal violence that Syrians and Iraqis have experienced for years.

The so-called Islamic State has no chance of actually conquering Paris or Beirut with small squads of suicide attackers, armed with crude bombs and a handful of machine guns. But that is not its real goal.

What the Islamic State really wants is to provoke a panicky overreaction.

Ideally, according to the Islamic State’s publications, France, the United States, and their allies will embark on a ground invasion of Syria, bringing an end to the world.

The Islamic State subscribes to a millenarian vision that end-times are upon us, as documented in Will McCants’s new book, “The ISIS Apocalypse.” For example, the Islamic State’s leadership cites a hadith — an eyewitness account passed down from a companion of the Prophet Muhammad — that messianic deliverance will occur when Christians attack Dabiq, a town in northern Syria, or al-A’maq, a town in southern Turkey. One third of the Muslim forces will run away and be struck down for their betrayal, according to this prophecy; one third will die in battle; and one third will live in a Muslim paradise on earth.

To underscore this vision, the Islamic State named its main English-language magazine “Dabiq,” and one of its news services “al-A’maq.”

In other words, the leaders of the Islamic State welcome a military escalation. As a landlocked territory at war with all of its neighbors, with limited agricultural production and no legal trading partners, the Islamic State must rely on smuggled imports for many of its population’s necessities. It has little chance of delivering economic security to its residents. Armaggedon is their only hope.

But the United States, Russia, and their allies do not brag about civilian casualties. The Islamic States does. It seeks to spread fear among its enemies, beyond the sites of violence, leveraging the global media’s fixation on terrorism for its own goals.

Over the past year, the Islamic State came to realize that even small-scale, low-tech attacks by Muslim extremists — a knifing in Boston, rifle shots in Chattanooga — could attract massive attention and concern. Few Muslims have taken up the call to mayhem, but a few is enough. Opportunistic politicians will do the Islamic State’s work for it, warning their constituencies that they face an existential threat from ISIS and its supporters.

Claiming to project strength, these politicians stoke the sense of vulnerability that the Islamic State aims to instill. The Islamic State gloats about the panicky policies of the West, which it views as signs of weakness.

“A nationwide state of emergency was declared as a result of the actions of eight men armed only with assault rifles and explosive belts,” the Islamic State’s Dabiq magazine bragged after the Paris attack. “The Islamic State dispatched its brave knights to wage war in the homelands of the wicked crusaders, leaving Paris and its residents ‘shocked and awed.’”

The Islamic State is particularly hopeful that Western countries will retaliate against their own Muslim communities. Like al-Qaeda before it, the Islamic State believes that Muslims in the West will conclude that their faith and identity are incompatible with obedience to the laws of the United States and Europe.

“Muslims in the crusader countries will find themselves driven to abandon their homes for a place to live in the Khilafah [the self-proclaimed caliphate of the Islamic State], as the crusaders increase persecution against Muslims living in Western lands,” Dabiq predicted earlier this year.

This has been al-Qaeda’s hope for more than a dozen years, and it has not been fulfilled. Muslims in the West, despite waves of punitive policies, have proven overwhelmingly resistant to provocation.

Still, the Islamic State believes that each new attack will ratchet up pressure on Muslims in the West, and some politicians in the West are only too happy to oblige. In the name of security, they promise to undermine the security of their Muslim neighbors.

What the Islamic State cannot stand is a resolute commitment to coexistence — a recognition that the West has weathered worse, that this threat too shall pass, and that the freedoms and values that have served as guiding ideals for generations should not be sacrificed in a moment of panic. Now that projects strength.

Other web sites and print publications may re-publish this article as long as there is source attribution (author and ISLAMiCommentary) and a link back to ISLAMiCommentary.