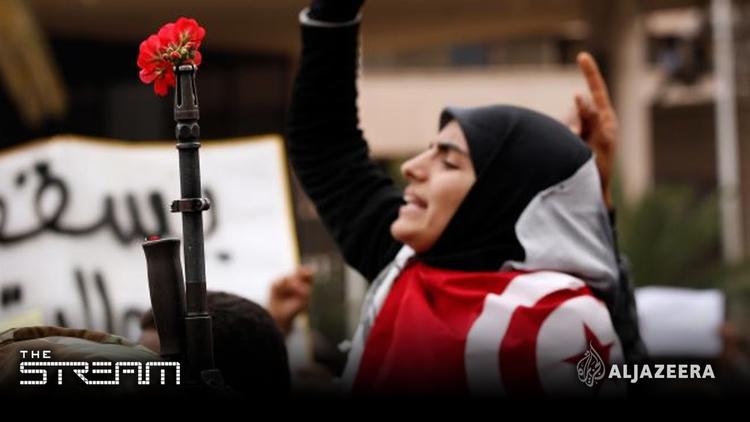 The past 12 months saw enormous political, economic and military changes in the Middle East, which have left its geopolitics changed for the foreseeable future. The US coverage of the area has focused on Syria, Iraq, Daesh (ISIS, ISIL), Turkey, Russia and Iran in a big way. But there are other significant stories that have tended to fly under the radar. Let’s consider them:

1. The price of petroleum fell below $40 a barrel, to levels not seen since 2004. I have argued that this price fall was driven by significantly lower Asian demand rather than by oversupply or a ‘glut.’ As much petroleum has been taken off the market by turmoil in places such as Libya, South Sudan, and Syria as was put on by hydraulic fracturing. It was the entry of the Chinese economy into a new mode of 6%-7% growth instead of 10%, and the impact of this slowing throughout Asia and the world, that so reduced demand as to create the impression of a glut. Saudi Arabia’s insistence of maintaining historically high production values also played a role, as it valued retaining market share over high profits.

The implication of the fall in petroleum prices is that some Gulf oil states will have less disposable income and so won’t be able to throw their weight around quite as much or so easily buy off elites in neighboring countries, since the latter won’t have the same confidence in the oil cornucopia continuing. That means Saudi Arabia, the United Arab Emirates and Kuwait are abruptly less powerful. It means that Iran, despite the prospect for a lifting of international sanctions this year, won’t reap quite the windfall its leaders were hoping for. The oil states often have small populations and big reserves, so it is not as thought they are suddenly broke. But they are not what they were.

It also means that non-oil states with substantial populations such as Egypt, Morocco and Turkey suddenly have lower transportation costs and increased disposable income, making them more important than they were a couple of years ago.

2. The Saudi-led war on Yemen, which began last spring, has not brought the swift victory Riyadh and its allies had hoped for. Mainly pursued by an indiscriminate bombing campaign, the war has succeeded in expelling the Houthi rebels from Aden (which they only took in late spring in a desperate attempt to forestall the invasion from the Gulf). But the Houthis still control the capital and other key territory, though what they control has been bombed to rubble in some instances. The war is a drain on Gulf finances and the lack of a swift victory threatens a quagmire and public opinion backlash at home. There have been some casualties among troops of the Gulf Cooperation Council, which have such small populations that each loss stings the whole country. Yemen’s infrastructure has been deeply harmed, including its ports. Al-Qaeda in the Arabian Peninsula (AQAP) has taken advantage of the chaos to extend its reach. There is already a humanitarian crisis that could grown many times worse. Unless the Saudis and their allies can wrap this thing up in the next few months, they could suffer severe loss of prestige (quagmires do that to you). And even a victory will be a Pyrrhic one in all likelihood. Along with the fall in oil prices, the hard slog in Yemen have reduced Saudi credibility in the region.

3. The Egyptian parliamentary elections this fall were carefully crafted by the military-backed government to ensure that the national legislature would be toothless and irrelevant. Voters, seeing this development, mainly didn’t bother to vote. The enthusiasm for new freedoms visible only a few years ago has turned to cynicism and despair. Only 20 percent of seats were allowed to be contested on a party basis, with 80% allotted to independents. Independents can, obviously, easily be divided, ruled and manipulated by the powerful Egyptian presidency. In a sign of continued feistiness, the parties have resisted joining a huge national coalition pledged to support the president, fearing a return to the virtually one-party rule that typified the era of Hosni Mubarak and his National Democratic Party (which was three lies). Much Egyptian legislation is actually crafted and passed by the cabinet in the executive, so parliament may not matter that much. Egypt, from having attempted a democratic transition, has sunk into a rut of authoritarianism.

4. Morocco is making strides in its plan to become the first Middle Eastern country to get most of its power from renewables. It has a five-year plan, on which it is making swift progress, to get 2 gigawatts each from new solar, new wind installations, and new hydroelectric works, by 2020. Although the opening of its first (of 3 or 4 planned) massive solar plant at Ouarzazat down near the Sahara has been slightly delayed, it and another plant there will come on line in 2016.

5. Despite a horrific terrorist attack at Sousse beach, and the ever-present threat of backsliding into authoritarian practices, Tunisia continues to be the only real democracy in the Middle East– an achievement springing from the 2010 sacrifice of Mohammed Buazizi and the subsequent youth revolution that overthrew dictator Zine el-Abidine Ben Ali. Tunisia’s quartet of human rights, attorneys’ and labor organizations that oversaw the transition to regular elections under a new constitution, rightly received the Nobel Peace Prize in 2015. Still, the turn to emergency laws is troubling (though that development is occuring in France, as well).

6. Some 100,000 Saudi women participated in that country’s recent city council elections, the first time women were awarded the vote in that country. Over time, this development could be significant. Pakistani women played a big role in electing Benazir Bhutto as prime minister. Iranian reformists such as Mohammad Khatami and Hassan Rouhani depended on the woman’s vote in Iran, and Rouhani’s presidency has been consequential– he made a deal with the UN Security Council and President Obama that hardliners would not have. How women’s electoral power will play out in Saudi Arabia remains to be seen, but it could be significant.

7. For a bad news story that hasn’t gotten the headlines it should have (though it hasn’t been by any means ignored), we need to consider the continued weakness of the Afghanistan government and the evidence that the Taliban are back. The northern provincial capital of Kunduz fell to them briefly last fall, and they are making territorial conquests. Helmand, an old Taliban stronghold, could fall to them again. President Obama delayed the withdrawal of US troops from that country virtually indefinitely for this reason. The corruption and inequalities in Afghan governance are part of the problem. But the real problem is that the Bush administration’s dream of rebuilding national armies under essentially colonial conditions was never realistic. Neither American-constructed military– of Iraq nor Afghanistan– has shown itself capable of keeping the country together after the departure of most of the Americans.