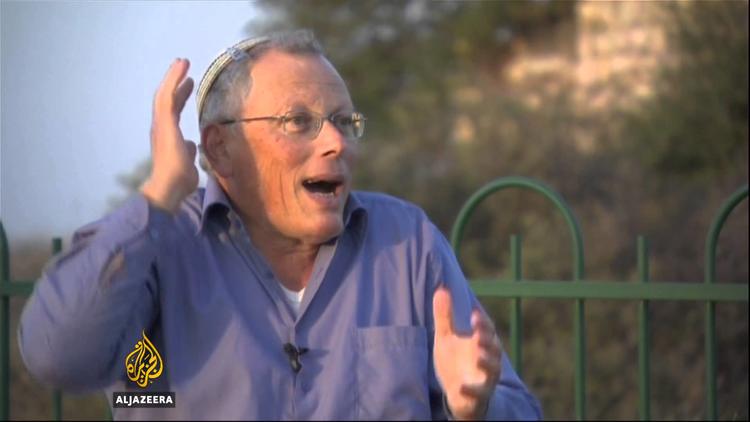 It can be argued that the rising escalation in tensions and confrontations between the Israelis and Palestinians over the past two months demonstrates that the Israeli policy of conflict management in order to maintain the status quo in the occupied Palestinian territory has become unsustainable. The results of these policies and practices have marginalized the Palestinians further, resulting in new waves of violence and increased levels of despair.

According to the UN Office for the Coordination of Humanitarian Affairs (OCHA), there were 96 Palestinian fatalities between Oct. 1 and Nov. 26, with an estimated 10,346 injuries occurring in clashes with the Israeli army and police forces. In the same time period, there were 17 Israeli fatalities and 160 injuries, in addition to 70 stabbing attempts, ten shootings and ten car ramming incidents, according to the Israeli Ministry of Foreign Affairs.

Some, particularly among Israelis, look at the current escalation within the sequence of the last two months of events through a particular prism in which the escalation is reduced to merely a series of unwarranted and inexplicable Palestinian attacks against Israeli soldiers and civilians that spurred a reaction by the Israeli army and police forces. In direct contrast to this perspective, Professor Alon Ben-Meir of New York University argued in a recent article from the Huffington Post that “the most troubling issue is that successive Israeli governments remained blind and refused to connect much of the Palestinian violence to the occupation.” It is through this latter, long-term narrative that the latest upsurge in violence must be viewed.

Furthering along this notion, the daily occurrences inherent to the Occupation have created a particularly unsustainable environment that Palestinians endure every day. The combination of the presence of military checkpoints, the expansion of Israeli settlements in the West Bank, and the violent tactics of some Israeli settlers have significantly exacerbated the situation to the point where some Palestinians have now chosen violence as a means of resistance. Indeed, the situation that exists today is much more complex than simply two months’ worth of Palestinian armed attacks.

The current upheaval can also be traced to the Palestinian collective sense that they stand alone. Neither the international community nor the Palestinian Authority (PA) have been able to provide the Palestinian people with the desired levels of protection. Although President Mahmoud Abbas addressed a special meeting of the United Nations Human Rights Council on the recent escalations last month, such overtures to the UN have not resulted in any favorable, tangible results for ordinary Palestinians, but have further eroded the confidence of Palestinians in Palestinian leadership.

According to a recent poll by the Palestinian Center for Policy and Survey Research (PSR), 65 percent of the Palestinian public would like to see the resignation of President Abbas. The poll also indicated that two thirds of the Palestinian public believe that the PA is not doing its best to protect Palestinians against the expansion of settlements and settler violence; instead, they view the PA as a burden on the Palestinian people.
This feeling of disassociation from the Palestinian government has resulted in a general apathy amongst the populous, even towards the PA’s actions in congruence with international organizations. It would behoove Israel and the international community to take these elements into consideration before making swift judgments and decisions regarding the conflict.

In what may be the best example of the day-to-day hardships mentioned, one particular area stands out. In Hebron, where the majority of the events at the center of the recent tensions have been occurring, the Israeli army began limiting the access to the Tel Rumeidah neighborhood in late October of this year, which houses 50 Palestinian families, preventing locals who are not residents from having free access into and out of the area.

In Jerusalem, similar measures were taken in November, including the establishment of over 35 checkpoints and roadblocks at entrances of neighborhoods and villages in East Jerusalem, according to B’Tselem. Such security measures result in undue hardships for ordinary Palestinians and provide another element to the current sentiments of hopelessness and distrust.

The disenchantment with Palestinian politics is even being expressed by those who have served in the halls of government. In an interview with BBC World’s Hard Talk, Saeb Erekat, Secretary General of the PLO Executive Committee and veteran Palestinian negotiator, stated that Palestinians are giving up on people “like him,” referring to Palestinian figures and political factions who have advocated for and defended negotiations with Israel as a path for Palestinian independence.

Erekat added “We promised them… that [if] we stop [the] violence, we do not use any act[s] of violence, [that] we will get independence through negotiations, and they believed us for twenty-three years. What they are telling me now: we had 200,000 settlers in 1993, [and] today, we have 600,000 settlers.” The increase in the settler population is a particular point of contention in the context of the current manifestations of the conflict, only adding to the feelings of apathy, disassociation, and demoralization that has allowed the situation to deteriorate.

The extent to which the PA has failed to deliver on its promises and purpose goes beyond the failure of the political process. According to the World Bank, overall unemployment in Gaza and the West Bank is close to 27 percent. Issues such as Palestinian unemployment and the poor state of its economy should be looked at as a Palestinian issue of governance rather than to completely justify these failures on Israel and the occupation.

The Economist recently published an article which shed light on aspects of government corruption and how Palestinians, as a result, have become weary of the Palestinian Authority. According to Aman, a Palestinian watchdog, the Palestinian public sector is inflated with an number of made up employment figures as well as faux businesses, including a $6 million joint Palestinian-Italian project to build a pipe factory that existed only on paper. This type of thievery only compounds the issue and consequences of poor governance in the occupied Palestinian territory.

Ultimately, there cannot be just one prism through which the current situation in Palestine and Israel should be viewed; as demonstrated, an unsustainable status-quo represented by a continuous occupation that affects the economic, political, and social day-to-day life in the occupied territory touches upon several key narratives and dimensions. Palestinian youth lack economic opportunities that could generate hope for a better future, while the failure of Palestinian governance clearly contributes to and compounds these hardships.

Yet, while violence should never be condoned nor justified, the decision by young Palestinians, the majority of whom are 17-22 years old, to resort to violence must be carefully examined. More should be done to expose what has internal and external factors have driven these young Palestinian men and women to becoming willing to kill. All concerned parties must realize that the loss of hope amongst the youth has certainly contributed to a dangerous and unpredictable situation; however, violence is not the path for peace and security. The incitement on both sides is ultimately counterproductive, only resulting in the shedding of more blood, the loss of more lives and the further stagnation of efforts for a sustainable, fair resolution.

Mahmoud Jabari is an Associate Editor at the Harvard Journal on Middle Eastern Politics and Policy.

This article was originally published in Harvard’s Journal of Middle Eastern Politics and Policy.