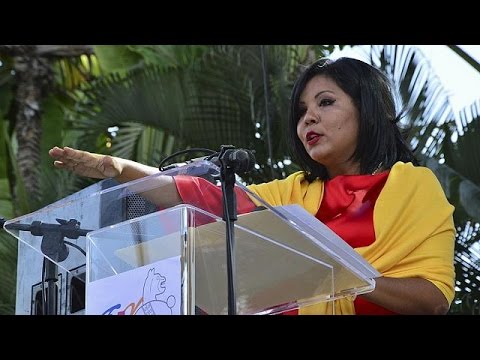 This has been a remarkably violent year – and many of the worst threats to human security that have dogged people all over the globe are no less a problem than they were a year ago. Here, in no particular order, are some of the biggest risks the world faces in 2016.

Civil wars last many years longer on average than inter-state conflicts, and have a much higher civilian death count. Civil conflicts have rumbled on in Syria, Yemen, Afghanistan, Ukraine, the Central African Republic and South Sudan to name but a few.

The Syrian conflict was the world’s most bloody this year, and according to the Syrian Observatory for Human Rights has claimed the lives of well over 210,000 people so far.

Then there’s the refugee crisis the war has created, which has displaced more than 7.6m people within Syria and made refugees of 4m more. Many of these people are dying in attempts to escape danger – on the Mediterranean sea alone, at least 3,329 people were killed fleeing their homelands this year.

Terrorism also continues to make headlines and annual death tolls are rising. Acts of terrorism that killed more than 100 civilians averaged about 4.2 annually from 1978 to 2013; in 2014 that figure rose to 26, a jump of more than 500%. In fact acts of terrorism killed 32,658 in 2014 – roughly nine times more people were killed in terrorist attacks than in 2000.

Far outweighing the death tolls of the assorted attacks on Westerners in Tunisia, France and Egypt, the five countries that have suffered the most are Syria, Iraq, Afghanistan, Nigeria and Pakistan.

Nigeria has been especially blighted by acts of terrorism thanks to the persistence of Boko Haram, which killed at least 3,500 people in Nigeria in 2015 – admittedly a decline from 2014 when an estimated 6,347 died at the hands of the terror group.

Even higher than the death toll due to acts of terrorism is the body count from organised crime. In Mexico alone, 20,000 people were killed in 2015 – and this is in fact an improvement on the 27,000 who were killed in 2011. Mexico’s challenges are in fact so great that they’re starting to resemble an all-out war.

Certain parts of Mexico, such as Acapulco, have some of the highest murder rates in the world at more than 100 per 100,000 civilians. Organised crime in Mexico has captured parts of the Mexican state and has made it nearly impossible for law enforcement to function. Organised criminal groups have become ever more brazen, bold and bloody.

Gangs are another huge security challenge. Though gang violence is a global phenomenon, the threats posed are especially overwhelming in Central America: gangs in El Salvador, Honduras and Guatemala have sent homicide rates skyrocketing.

Honduras’s unhappy claim to fame for 2015 was that it hosted the world’s most murderous city, San Pedro Sula – which stood at 171 homicides per 100,000 people. Tiny El Salvador sees a murder every hour.

Another particularly dramatic case is Brazil, where the already sky-high homicide rates have risen again in spite of all the attention from the hosting the World Cup and Olympics. It has lost 58,000 people to homicide this year alone, many of them killed in gang-related violence and by police responses. This is the leading cause of death for Brazilians between 15 and 29.

Small arms and light weapons are still an enormous problem, whether in the hands of insurgent groups, terror networks, organised criminal groups, gangs or rogue citizens.

This is hardly a threat confined to chronically insecure countries or those facing civil conflict. While readily accessible small arms have long posed a major threat to countries enduring civil wars (in Angola, an AK-47 can be had for the same price as a chicken), the US continues to have terrible trouble confronting its longstanding problem with gun crime.

In the US in 2015 there were more than 50,000 injuries sustained in domestic gun violence alone and 12,666 deaths http://www.gunviolencearchive.org/ from gun violence overall. Mass shootings perpetrated by sufferers of mental illness have garnered media attention, but most deaths were not executed by the “mentally ill”. Lax gun control laws continue to wreck havoc, while some gun rights advocates still argue that more widespread gun ownership would make all Americans safer.

Meanwhile Europe was rudely awoken to the risks of loose weapons control by the Paris attacks of November 13, when a number of attackers rampaged through the French capital carrying assault rifles killing 130 people. Around half a million lost or stolen firearms remain unaccounted for within the EU area.

It may seem peculiar that the threats posed by nuclear and biological weapons have not been mentioned. But in spite of the devastation that could be caused by non-conventional weapons, the chances of dissemination are still relatively low – and fears that these weapons could be acquired by “rogue” nations such as Iran or groups such as Islamic State are overblown.

This article has so far focused on deaths from violence – but it must not be forgotten that the most serious existential threats to humanity are diseases and deaths due to pollution and climate change. Millions die each year due to disease and environmentally related illnesses – air pollution alone reportedly kills more people than HIV and Malaria combined.

Though survey research indicates that many citizens of Western nations live in fear of acts of terrorism, it is important to take a glance at what is truly the most threatening to our security. Tackling disease, environmental decay and small arms proliferation is most effective way to improve human security – not just in Western nations, but around the world.

Euronews: “[Leftist] Mexico mayor is mourned after her murder by four gunmen”