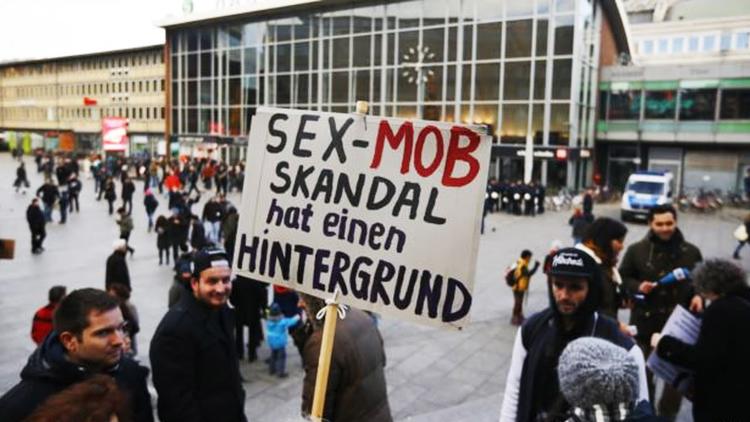 After the attacks carried out on women in Cologne on New Year’s Eve, the German government wants to act quickly and tighten the asylum law. Meanwhile, verbal and physical violence against migrants has escalated. EurActiv Germany reports.

The events that unfolded in front of Cologne train station on New Year’s Eve night are still not fully clear, but politicians still want to tighten the asylum law in the coming days, as well as bolstering the police and judiciary system. “We can no longer afford to just talk about this issue,” said Federal Minister of the Interior Thomas de Maizière on Monday (11 January).

According to the CDU politician, “consistent application of the existing legislation, where there are a lot of possibilities, as well as tightening of legislation” are both needed. De Maizière has been in constructive talks with the Justice Minister, Heiko Maas.

The ruling coalition held talks on Monday in the Bundestag regarding changing the law. Thomas Strobl (CSU) said that the events in Cologne have forced them to “act quickly”.

In Mainz, at the weekend, the CDU already called for asylum seekers and recognised refugees to be stripped of their protected status and eligible for deportation if sentencing occurred.

“I will establish with the Interior Minister whether we are capable of being able to send back criminals,” Maas told Bild am Sonntag. The Justice Minister also agreed that video surveillance should be expanded.

De Maizière told the Sunday edition of the Frankfurter Allgemeinen that everything possible must be done to prevent a repeat of the attacks that were carried out. “This includes preventative education, more CCTV cameras in public places, greater police presence on the street and quick and severe punishments,” he explained.

At the party meeting in Mainz, the “Mainz Declaration” called for more charges to be brought against people attacking the police, as well as for binding agreements to be signed regarding integration. It also called into question, once again, Chancellor Angela Merkel’s open-door policy.

Vice-Chancellor and SPD leader Sigmar Gabriel supports a tightening of the law in question, in order so that foreign criminals can be identified and deported more quickly, even if they are still in an ongoing asylum procedure. He pointed out that there are, naturally, obstacles and other factors to overcome and consider though. “We could not deliver a thief to the hangman in their home country,” said Gabriel.

Ralf Stegner, also of the SPD, rejected outright further amendments to the law, given that it has only recently been strengthened. “If asylum seekers were among the perpetrators of the Cologne attacks, then in all probability we will be able to identify them,” he told Bild.

Groping to be punished

The coalition, in addition to the asylum law, wants to amend the legislation that governs sexual offences. This mainly governs indecent or obscene offences, which the Chancellery has blocked for several months. Accordingly, harassment or attacks such as groping could be punished by a minimum of six months in prison, should the victim have been “incapable of resistance”.

“The people who committed these crimes had almost exclusively immigrant-backgrounds,” said Ralf Jäger, Interior Minister for Nordrhein-Westfalen, on Monday (11 January). This was indicated by witnesses, reports by the Cologne police and descriptions provided by the federal police. There was much talk about “North Africans as well as people from Arab countries”. According to information garnered by the police, some perpetrators were allegedly asylum seekers.

Jäger criticised the police’s leadership with how it dealt with events at Cologne train station on New Year’s Eve. “The image that the police portrayed was not acceptable”, he told Düsseldorf’s regional parliament in a special meeting.

Maas believes that the attacks were actually organised and outlined his suspicions about the coordinated nature of the events to the Sunday edition of Bild.

Threats and acts of violence against Migrants increase

In Cologne, several groups of people attacked people with Pakistani and Syrian nationalities on Monday (11 January). On Sunday evening (10 January), police reported that six Pakistanis were attacked as well. Two of them were injured and had to be hospitalised. Later, five more people were attacked and a 39 year-old Syrian was injured. The police have been carrying out security checks and have so far vetted around 100 people, with two being taken into custody after refusing to cooperate.

It is still being examined whether the attacks were racially-motivated or were linked to the Cologne attacks, said a police spokesperson.

According to information provided by the Cologne Express, a group of hooligans had organised themselves into a mob via Facebook in order to go “into Cologne city centre on ‘a manhunt'”. Their goal was to “clean up properly” the city after what happened on New Year’s Eve, according to information gained from a closed Facebook group. Whether there is a link between this and the attacks is still not clear.

Police had previously broken up a riot orchestrated by the anti-Islam movement PEGIDA. Officers were repeatedly attack by a group of some 1,700 people, while several policemen were injured.

The Central Council of Muslims have complained that hostility is on the up and threatening phone calls are on the increase. “We are witnessing a new dimension of hatred,” their chairman Aiman Mazyek told Kölner Stadtanzeiger.

On Sunday (10 January), refugees wrote an open letter to German Chancellor Angela Merkel. In it, they expressed their revulsion and horror at the attacks carried out in Cologne and other German cities. “For us, the dignity of man or woman is untouchable,” read the letter. “It is a matter of course that the law of the land be respected,” it added.

“We are refugees that have fled from war and terror, bombs, political oppression and sexual offences,” wrote four men, one of which was Pakistani and the other Syrian. “We are delighted to have finally found protection in Germany.”