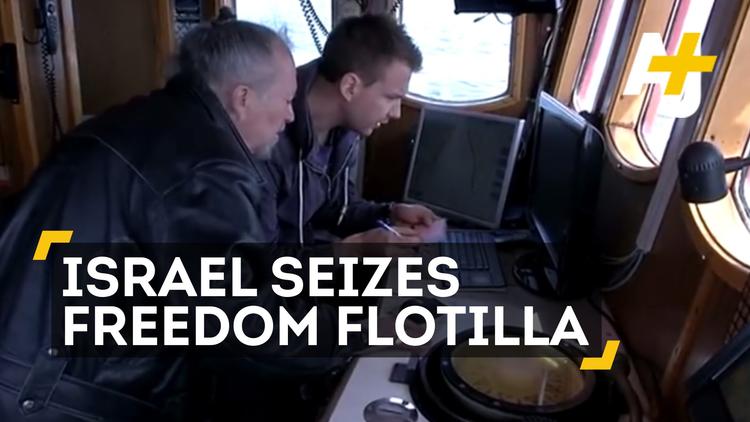 Four people, including three Americans, have filed a civil suit against the state of Israel, seeking compensatory damages for injuries suffered during an attack aboard a U.S. ship in international waters during the year 2010.

At a Washington press conference, Tuesday, the plaintiffs said they wanted compensation for “the harm and distress, injuries and losses caused by the attack”.

Israel has refused to acknowledge responsibility and liability for the attack and is yet to pay compensation to victims aboard the Challenger I, which was part of a Freedom Flotilla set to deliver humanitarian aid and medical supplies to the Gaza Strip, which was and still remains under an Israeli blockade.

According to the complaint, the U.S. ship has never been returned by Israel and is still being held there.

Israeli special forces stormed the ships and killed nine civilians aboard another ship in the flotilla, the Turkish Mavi Marmara. That event has since frozen relations between Israel and Turkey.

That case was referred to the International Criminal Court by the Union of the Comoros because the Turkish vessel was sailing under its flag.

The latest lawsuit filed Monday is the first U.S. case brought against Israel relating to the Freedom Flotilla.

The plaintiffs and their attorneys spoke to Anadolu Agency, following a press conference that announced the suit:

“States are generally immune from suit in United States courts. But that immunity is waived in a number of circumstances. When agents of foreign governments commit wrongful acts in the United States that cause personal injury, and egregious acts against U.S. nationals anywhere in the world, they are not entitled to immunity,” said lawyer Steven Schneebaum.

He noted that both exceptions apply to the facts of Challenger I case because a U.S. flagged ship falls under U.S. jurisdiction.

The case is ground-breaking as it relies on an exception in American law that allows lawsuits to be brought against foreign states, in limited cases.

According to professor Ralph Steinhardt, a member of the plaintiffs’ legal team, Israel’s sovereignty does not allow it to attack American flagged civilian ships and attack those on it.

“The attack on Challenger I was a patent violation of international law, including the laws of war, human rights, and the law of the sea,” according to the George Washington University international law professor.

“This case, alongside the others, the one in the International Criminal Court and the one in California would have the following very clear political outcome: If Israel has enjoyed special privileged status of impunity because of protection by the United State of America, then that impunity is on the way out,” he said.

One of the plaintiffs, Huwaida Arraf, said she has been intimidated by Israeli and U.S. authorities on several occasions since she began to seek redress for her grievances.

A dual U.S.-Israeli national and human rights activist, Arraf said that she was physically abused by Israeli soldiers who slammed her head against the deck of the ship, and stood on it, before they handcuffed and placed a hood over her head.

“In 2014, for example FBI came to my house while I was at work while my child and my parents were at home,” she said, noting that there was no reason for FBI agents to go to her home. She believes her activism work was the reason behind the visit.

She added that she has to endure hours of interrogation by airport officials whenever she travels to Israel.

Another plaintiff, David Schermerhorn, said the group wants “Israeli authorities to be held accountable” for what they did.

“They should not get away with needless violence against unarmed civilians and with stealing humanitarian aid and our belongings,” he said via conference call.

Schermerhorn claims he was injured when a stun grenade thrown at him exploded one foot from his head, causing permanent partial vision loss in his right eye.

Hakan Camuz of Stoke & White LLP based in London that represents the passengers on all ships in the flotilla told Anadolu Agency that he hopes the U.S. courts will uphold the case.

He implied that it would be a political decision if the court failed to uphold the case.

“The plaintiffs, like all those on the flotilla, were trying to do the right thing by bringing to the world’s attention the cruelty of the blockade and its dire humanitarian consequences for the ordinary people of Gaza,” he said.

“They wanted to bring the residents of Gaza food, medical supplies, the necessities to survive, but were stopped with unjustified, brutal force, for which we now seek a just remedy,” he added.