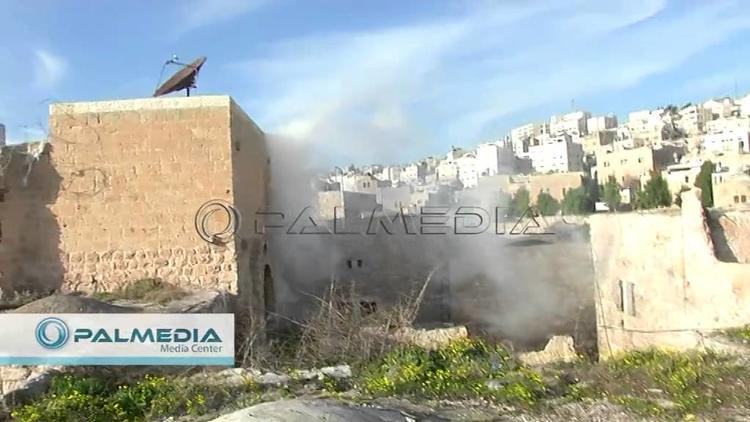 BETHLEHEM (Ma’an) — Israeli Prime Minister Benjamin Netanyahu reiterated his government’s support of illegal settlements in the West Bank and occupied East Jerusalem “at any time” on Sunday when discussing the case of settlers who took over two buildings in Hebron this week.

Israeli forces evicted more than 80 Israeli settlers on Friday from two buildings believed to belong to Palestinians in Hebron’s Old City, a day after the settlers forced their way into them under the protection of the Israeli army and police forces.

According to Israeli far-right news site Arutz Sheva, the settlers claimed to have purchased the buildings from Palestinians.

The settlers’ eviction caused a row among Israeli politicians, with members of the Knesset, Israel’s parliament, threatening to leave Netanyahu’s coalition if the buildings remain evacuated.

“The government supports settlement at any time, especially now when it is under terrorist assault and is taking a courageous and determined stand in the face of terrorist attacks,” Netanyahu said during a Cabinet meeting on Sunday.

“With the same breath, we are a nation of law and we must respect the law,” he added. “As soon as the procedures regarding the purchase are approved, we will allow the two homes in Hebron to be populated, as indeed occurred in similar instances in the past.”

Netanyahu said the procedure to determine the ownership of the buildings started on Sunday and would occur “as quickly as possible,” likely within a week.

The decision by Israeli courts regarding the status of the homes comes as Hebron’s Old City continues to stand at the heart of tensions in the occupied Palestinian territories.

The area — known as H2 and under full Israeli military control — is home to an enclave of Jewish settlers living in the center of the West Bank’s largest Palestinian city.

The flashpoint Old City was declared a closed military zone in November following the recent wave of unrest, and Palestinian residents have come under higher-than-average restrictions by the Israeli military that Israeli rights group B’Tselem has called “draconian.”