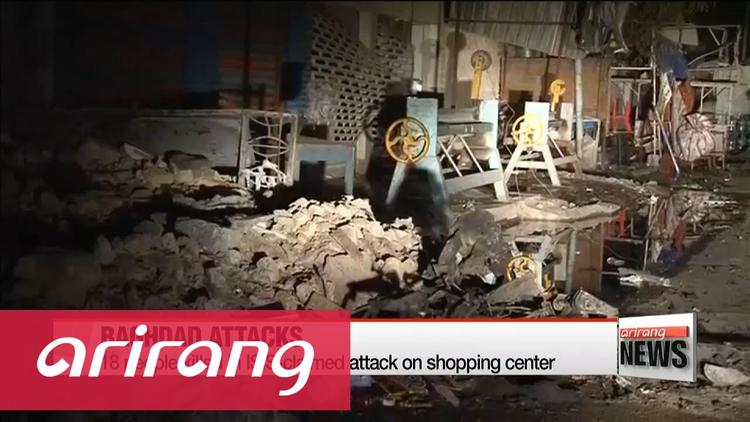 One of the problems Iraq and Syria will face as Daesh (ISIS, ISIL) is gradually rolled back from its territorial acquisitions is that it will demobilize its conventional forces and return to being a terrorist organization. It may be in some ways more dangerous under the latter guise. Though, those who hoped it would be diverted from terrorism to building power on the ground in Syria and Iraq were disappointed by the Daesh attacks in Paris. Those showed that the organization all along has both dimensions, of terrorist group aimed at soft targets and of guerrilla group seeking to take and hold territory.

On Monday, Daesh claimed carbombings and hostage-taking at Jawahir Mall in east Baghdad (a largely Shiite area). Al-Zaman [Times of Baghdad] reports security forces from the Ministry of the Interior had succeeded in rescuing the hostages taken at the mall, though there were casualties from the carbombs– some 30 people were killed or wounded. The Iraqi security forces said all of the terrorists who took part in the attack had been killed, and that they were believed to belong to Daesh. Guards from the Ministry of the Interior were accompanied by a counter-terrorism force from the military, and snipers were stations on rooftops in the New Baghdad neighborhood. They closed off the neighborhood, blocking entry and exit from it. Two suicide bombers with bomb belts then detonated their two payloads near the site of the original attack, killing some number of people, including members of security forces. The initial estimate is 5 dead, 25 wounded

There were also terrorist attacks east of Baghdad in Diyala province, one in Miqdadiya and the other in Baquba, the capital of the eastern province near to Iran. Daesh had made inroads into Diyala in 2015, but has been largely kicked out of the province with regard to conventional and guerrilla forces. It is thus reduced to hauting the cities of the province as a ghost.

These devolving back to terrorism is why it needs a political solution. Terrorist movements are movements of dissent launched by weak forces unable to compete on the convenional battlefield. But if local people deny the group cover and resources, it can often be defeated. If they see it as their Robin Hood, it can going wreaking destruction.

Having lost Ramadi, the capital of al-Anbar province, over the past month, Daesh appears to have taken revenge on Baghdad by attacking the largely Shiite east. But is is an act of desperation, as the organization begins being rolled back from state status to that of small violent group.

Arirang News: “Around 50 people killed in ISIS-claimed attacks in Baghdad”