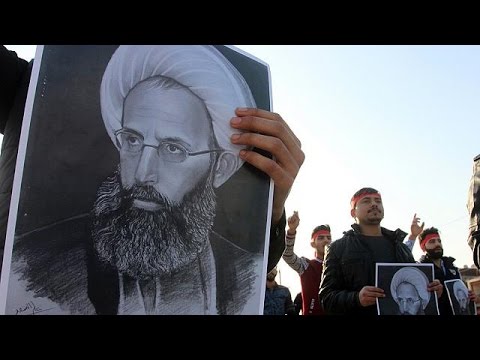 The alliance between Saudi Arabia and the United States provides one of the foundations of American foreign policy in the Middle East.

This week, tensions between Iran and Saudi Arabia have been magnified by the Saudi execution of an outspoken Shi’ite Sheikh, Nimr al-Nimr. This has resulted in a growing diplomatic crisis between the United States and Saudi Arabia.

We should not expect that this incident will lead to a breaking of the American-Saudi alliance, a partnership that dates back the early days of the Saudi kingdom in the 1930s. Yet current events do reveal the declining of leverage that both countries have in influencing the other.

The partnership between Saudi Arabia and the U.S. emerged in 1930 with the formation of what would become the Arabian American Oil Company. Shared economic and security interests have kept the two partners close over the decades. This in spite of the dramatic differences in the two countries’ types of government.

The Kingdom of Saudi Arabia became vital for American defense during World War II when Saudi Arabia joined the Allies. During the Cold War, Saudi Arabia acted as a key support for preserving for the free flow of oil and keeping Soviet influence out of the region. Along with support for Israel, these three concerns constituted the pillars of American Middle East policy.

Nevertheless, the Saudi-American relationship has never been trouble-free.

From boycotts to Iran

The most obvious example of problems faced before is the Saudi leadership of the 1973 oil boycott against the U.S. in retaliation for American support for Israel in the October War.

Yet, as soon as that crisis was resolved, cooperation between the two countries returned with greater amounts of oil dollars being recycled to the U.S. for military material. The Saudis bristled at American support for Israel but backed a moderate line.

Then came the 1979 Islamic Revolution in Iran. Iran was transformed from an ally into America’s and Saudi Arabia’s biggest regional adversary. While most analysis points toward the inherent conflict between Saudi’s hard-line interpretations of Sunni Islam with Iran’s post-1979 revolutionary Shi’ite activism, it is as easy to see the two states jockeying for geopolitical power.

In either explanation, Saudi Arabia and Iran wind up seeing each other as a significant threat. Saudi pressure on the United States to weaken Iran – and especially its nascent nuclear program – was famously captured by Wikileaks when in 2008 King Abdullah pressed the U.S. to “chop the head off the snake” and attack Iran.

The other source of tension between the U.S. and Saudi Arabia stems from the blow-back from their Cold War cooperation. Joint support for Sunni Islamist militants to combat the Soviet occupation of Afghanistan resulted in the birth of al-Qaida.

The fact that the majority of the 9/11 hijackers were Saudi citizens also provoked a great deal of criticism of Saudi Arabia in the U.S. The kingdom’s legitimating ideology of Wahhabi Islam was called into question. The militants took these teachings to critique and attack both their near enemy (the Saudi and other Middle Eastern regimes) as well as the far enemy (the U.S. and the West). The alliance between the U.S. and the Saudis continued now around a new pillar of U.S. policy, counter-terrorism.

Under the Obama administration, Saudi–American relations have weakened because of the administration’s disengagement from the Middle East.

The withdrawal of American troops from Iraq strengthened Iran’s allies in the new Iraqi governments. Furthermore, Saudi confidence in the U.S. significantly fell when the U.S. didn’t back Egyptian President Mubarak in the face of Arab Spring protests in 2011. The Americans argued that they were navigating the regional protests with nuance. But the Saudis felt that if the Americans were not going to bail out one of their strongest allies in the region, then U.S. guarantees to the kingdom’s protection were now meaningless.

Saudi Arabia took the lead in organizing support for friendly regimes in the region against protests. Two examples are Bahrain and Jordan. Saudi Arabia also sought to mobilize action against their opponents in Libya and Syria. As a result, many have accused the Saudis and the rest of the Gulf Cooperation Council of counterrevolution.

However, I would argue that Saudi policies can be better thought of as promoting sectarianism as a security issue. These policies attempt to reframe domestic disputes around the inequality and discrimination against Shi’ites in Saudi Arabia’s Eastern Province as security issues that need to be repressed rather than discussed. This distracts from the lack of freedom for all Saudis. It also prevents reformist Sunni Saudis allying with their Shi’ite counterparts.

Indeed, repression at home has also led to a more adventurous foreign policy abroad since 2011. This accelerated with the ascension of King Salman in 2015 and the rise of the next generation of Saudi princes – especially Crown Prince Mohammad bin Nayef and Deputy Crown Prince and Defense Minister Mohammad bin Salman.

Previously, the Saudis were implicated in supporting groups in the Syrian civil war that evolved into the Islamic State (or ISIS).

Since 2013, however, the Saudis have turned toward supporting more “moderate” groups. At the same time, their demand for the fall of Syria’s President Bashar al-Assad has not wavered. This has led the Syrian civil war to become another venue for sectarian policies, as Iran is one of the Syrian president’s biggest supporters.
The Saudis also have directly intervened militarily in next-door Yemen to prevent the Houthi movement from emerging victorious in that country’s civil war. The Saudis accuse Iran of supporting the Houthis.

The Saudi-led campaign, however, has not resulted in a quick victory. Instead it is contributing to another humanitarian emergency in the region.

But what truly has frightened Saudi leaders is the agreement between Iran, the U.S. and other partners to limit Iran’s nuclear program.

The Saudis worry that the U.S. will find Iran a better partner than Saudi Arabia. They fear Iran’s advantages in military capability, population and market size. This has led the Saudi kingdom’s new rulers to act more aggressively. They either wish the U.S. to up its commitments to Saudi Arabia or they seek to show they have the will and ability to go it alone.

I believe Saudi fears of U.S. abandonment are overblown. The Obama administration has already disengaged from the region militarily after its activism under the Bush White House. That’s because the U.S. has learned that it can achieve many of its goals through diplomacy – like it did on climate change. But it’s also the case that the next U.S. administration – be it Democrat or Republican – will likely be more hawkish against Iran. Finally, it would take a major change in ideology in Iran to make the Islamic republic more attractive than the Saudi kingdom to the US.

The diplomatic crisis that has been spurred by the Saudi execution of a Shi’ite cleric does not spell the end of the alliance. Rather, it is yet another sign that both the U.S. and Saudi Arabia are trying to prove their relevance by exerting leverage on one another.