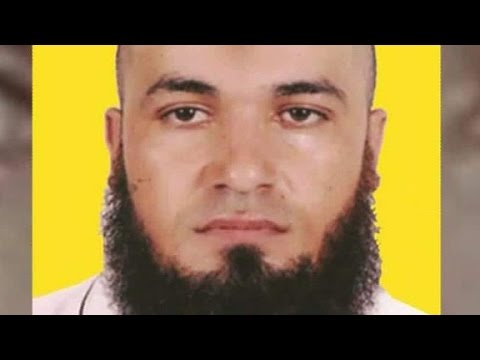 The war against ISIL has seen 18 months of of airstrikes by United States-led coalition forces in both Iraq and Syria. An even more concentrated period is now under way, with signs of greater use of special forces by western militaries and pledges of ground troops by Saudi Arabia and the United Arab Emirates. And while western governments continue to claim that there are no “boots on the ground”, there is clear evidence that special forces from coalition states are involved in combat.

An already complex situation is made hugely more so by intensive Russian air operations. Russia’s determination to have a major impact on the course of the war and its outcome is reflected in its deployment of four of the country’s small stock of modern Su-35S multi-role strike-aircraft, the latter supplementing a force of no less than 36 other types. The Russian assaults appear to be causing high civilian casualties, which does much to explain the desperate movement of a new tranche of refugees towards Turkey. They also may become the crucial factor in allowing the Assad regime to survive, while having little impact on ISIL.

For its part, ISIL’s main concern is the US-led air campaign in both Iraq and Syria. By late 2014, the Pentagon was claiming that over 20,000 ISIL supporters had been killed by its air war. If this estimate is remotely accurate, then ISIL should be very badly affected and in retreat from much of the territory it holds.

In practice it is not nearly as simple as that. A wider view indicates that ISIL has withstood the assaults by changing tactics and finding diverse, unexpected sources of support. ISIL’s loss of Ramadi, captured in the surprise advances across Iraq in 2014, was certainly serious; but it took the Iraqi armed force several efforts and in the end a five-month campaign to recover it. Even then help was needed from Iranian-backed militias and coalition airstrikes, the latter causing massive damage to much of the city. Tacitus’s verdict, “they made a desert and called it peace”, comes to mind.

It is also worth remembering that Ramadi had been held for months by just a few hundred determined paramilitaries facing upwards of 10,000 troops backed by air-power. There are indications that when the city fell, many of these ISIL fighters succeeded in melting away, much as did the Taliban when the Northern Alliance entered Kabul in November 2001.

From Syria to the world

More generally, understanding ISIL’s position needs to take four elements into account: the increase in support for the movement among other Islamist groups, its expansion in Libya, a deteriorating situation in Afghanistan, and the potential for more actions beyond the Middle East.

On the first point, the United Nations secretary-general Ban Ki-moon reported last week that there are now 34 groups believed to have allied themselves to ISIL. He also pointed out that ISIL itself was “the world’s richest terrorist organisation”, generating $400-$500 million from oil and oil products in 2015.

On the second, ISIL-linked paramilitaries in Libya are now increasing their control of territory while building extensive defences round their main base at Sirte. US intelligence sources now estimate that ISIL has more than 5,000 fighters in Libya and is developing new training bases as well as beginning to threaten the seizure of oil-and-gas facilities.

Some recent airstrikes by US forces have been launched, and US special forces are reported to be in Libya collating targets and gaining other intelligence. But President Obama is coming under increasing pressure to escalate the war via extensive air operations and even sending combat-troops, as part of a strategy aiming to involve coalition partners including France and Britain. The killing early on 19 February of “more than 30 Islamic State recruits” in an airstrike on a camp close to Sabratha, west of Tripoli, may be a sign that he is listening.

On the third point, Afghanistan, there is a triple concern: the spread of ISIL in Nangarhar province, the re-emergence of al-Qaida in Kandahar province, and the expansion of the Taliban, especially in the key opium poppy-growing area of Helmand province. The new head of Nato and US forces in Afghanistan, Lieutenant-General John Nicholson, reported to the Senate Armed Services Committee on 28 January that the overall security situation is deteriorating. The main consequence of this is that any hope Barack Obama had of withdrawing all US combat-troops by the end of his second term is dashed – indeed, an expansion is more likely.

On the fourth, ISIL-linked incidents outside the Middle East are expanding and may continue to do so. Even in the United States, intelligence sources now regard the most substantial internal-security threat as coming from “home-grown extremists”. In Russia, the attack on police in Daghestan on 15 February has been claimed by ISIL, while a week earlier Russian security forces detained seven people in the Urals city of Yekaterinburg on suspicion of planning attacks.

In November 2016 the identity of the White House’s new occupant is decided. Unless Bernie Sanders drives all before him, Barack Obama’s successor will be more hardline on international security than the incumbent of eight years. In the absence of unforeseen reversals for ISIL and its many associated groups, the ‘war on terror’ in its current incarnation is set to escalate and indeed last well into the 2020s.

Paul Rogers is professor in the department of peace studies at Bradford University, northern England. He is openDemocracy’s international security editor, and has been writing a weekly column on global security since 28 September 2001; he also writes a monthly briefing for the Oxford Research Group. His books include Why We’re Losing the War on Terror (Polity, 2007), and Losing Control: Global Security in the 21st Century (Pluto Press, 3rd edition, 2010). He is on Twitter at: @ProfPRogers

A lecture by Paul Rogers, delivered to the Food Systems Academy in late 2014, provides an overview of the analysis that underpins his openDemocracy column. The lecture – “The crucial century, 1945-2045: transforming food systems in a global context” – focuses on the central place of food systems in human security worldwide. Paul argues that food is the pivot of humanity’s next great transition. It can be accessed here

NB IC house style, “ISIL,” has been used instead of the original’s “ISIS.”
—-