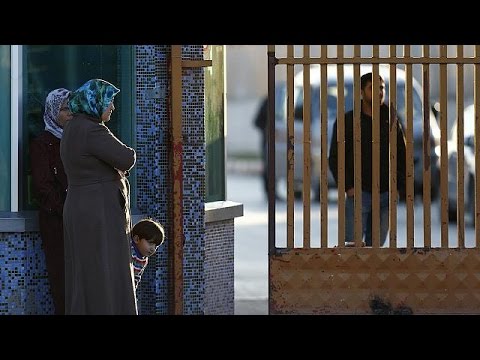 By Alpaslan Ozerdem | (The Conversation | – –

The Syrian civil war and the refugee crisis it has caused is the greatest humanitarian disaster facing the world right now. But while Europe is often portrayed – in Europe – as the epicentre of the refugee crisis, the reality is completely different.

The forced migration of people from war-torn Syria over the past five years continues to put massive socio-economic and political pressures on the country’s neighbours. According to UNHCR, the number of registered Syrian refugees in these countries has now surpassed 4.5m – overwhelmingly concentrated in Turkey, Jordan and Lebanon. Of these, 1.9m refugees are officially in Turkey, but according to other sources, the number there could be as high as 2.6m. Jordan and Lebanon, meanwhile, are both small and resource-stretched countries, and are struggling to withstand the crisis’s incredible political and economic pressure.

By contrast, between April 2011 and November 2015, Europe dealt with fewer than 1m Syrian asylum applications. In the face of a drastic spike during 2015, Germany and Sweden have been much more generous in granting asylum to Syrian refugees than other rich EU members, but they are running out of patience as their European neighbours lag behind.

In other words, the Syrian refugee crisis may be a serious political issue for Europe, but when it comes to numbers, it’s clearly Syria’s neighbours who are doing the most to deal with this humanitarian disaster.

As the fighting in Syria intensifies and outside actors – such as Russia – increase their involvement in hostilities, the violent chaos that drives people to flee looks set only to increase. New waves of Syrian refugees will continue to reach neighbouring countries. The tens of thousands of refugees arriving on the Turkish border have made their journeys to escape the Assad government’s push to retake Aleppo from rebel forces – an offensive backed by Russian aerial bombing.

Despite what certain European politicians say, Syrians are doing all they can to remain in their country. Those who are leaving are doing so because their survival is seriously threatened or impossible. Some 7.5m people have been internally displaced but have (so far) stayed in Syria rather than seeking asylum abroad.

However, the continuation and intensification of the war in their country after five years of bloodshed, suffering and destruction, is testing the Syrian people’s resilience and their chance of survival if they stay put is diminishing. Until there a political settlement to bring the wanton killing of the civil war to an end, Syria’s neighbouring countries and Europe alike must be prepared to accept more refugees.

The prospects for any such settlement are as bleak as ever. The latest UN-led Geneva peace talks were suspended on February 3 after struggling even to begin. They’re now slated to resume on February 25 – but the deadlock over which opposition groups can attend is far from resolved.

All sides are blaming each other for the failure of the talks, but that’s simply not the point. If these efforts continue to fail, then with the reality of more Syrians becoming refugees, the rich nations of the world will need to do a lot more to help Syria’s neighbouring countries.

This is only not about money. The Conference Supporting Syria, held in London on February 4, raised $10 billion in pledges, $7 billion of which will be dedicated for immediate humanitarian aid. Heartening, yes – but altruism is not measured by the number of digits in pledges, but more fortunate countries having the compassion to open their doors to fellow human beings in times of humanitarian disasters.

If they’re serious about dealing with the Syrian refugee crisis, the supposed leading advocates of human rights should see it as an opportunity to show their humanity to the world public.