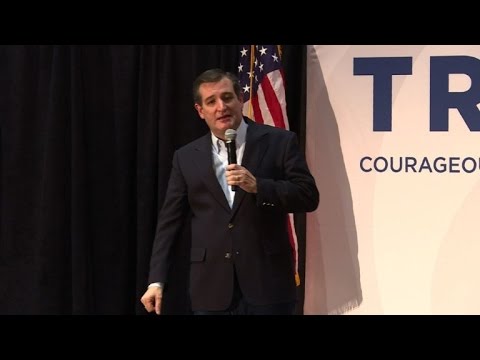 OXFORD (IPS) – Although the implementation of Iranian nuclear deal has been welcomed by all those who had been involved in the negotiations as part of the P5+1, the deal has had many vociferous opponents.

In the United States, the opposition to the Iranian deal has not stopped at verbal denunciation alone. Only one day after the January 16th announcement of the implementation of the deal, the US Treasury unveiled new sanctions on Iran on the excuse that Iran had tested Emad missiles in October, contrary to the Security Council resolutions. These sanctions are at least against the spirit of the nuclear deal as the US had pledged not to impose new sanctions on Iran. First of all, Resolution 2231 had rescinded all nuclear-related resolutions, and the nuclear deal has ensured that Iran has no nuclear weapons.

In December 2015, the US Congress passed a new law seeking to stop terrorists from traveling to the US. The law changed the rules of the visa waivers afforded to citizens of some 38 countries, including a provision that dual citizens from Syria, Iraq, Sudan and Iran or anyone who has visited any of those countries over the past five years must obtain a visa in advance, including an in-person interview, prior to visiting the US. This law would inconvenience many dual Iranian citizens and many other nationals who wish to travel to Iran on business or tourism, thus violating the provisions of the nuclear deal. Iran’s name was added to the list at the last moment as a pure act of hatred.

It is no wonder that many Iranian officials say that they do not trust the US. It is clear that such acts are not aimed at improving relations between the two countries and encouraging Iranians to have closer relations with the West.

However, Iran did not waste any time in making the best use of the nuclear deal. The unfreezing of Iranian assets, said to be worth about 100 billion dollars, will help the Iranian economy that has been suffering for years under crippling sanctions. Even before the formal Implementation Day, President Vladimir Putin travelled to Iran in November 2015, his first visit for ten years. The two sides signed many deals on economic cooperation. The Russian engineering company Tekhnopromexport will build a 1.4 GW thermal power plant in Iran and a desalination plant with a capacity of 200,000 cubic meters of water per day near the city of Bandar Abbas. Moscow will extend Tehran a government loan worth 5 billion dollars to cover the implementation of 35 priority projects in the fields of energy, construction, seaports, railway electrification, and others. A further 2 billion dollars in the form of export credits is due to be provided by Russia’s State Corporation Bank for Development and Foreign Economic Affairs. Victor Melnikov, head of the Iran-Russia Trade Council, said that the two countries could boost bilateral trade exchanges to 10 billion dolars in coming years.

Chinese President Xi Jinping was the first foreign leader to visit Tehran following the lifting of international sanctions. During his two-day visit to Iran (22-23 January), the two sides agreed to raise the level of their bilateral trade more than tenfold, from 51.8 billion dollars in 2014 to600 billion dollars in the next 10 years. In an article on the eve of his visit to Iran, the Chinese President referred to the first Iranian delegation that had visited China more than 2,000 years ago, and he referred to the Silk Road that had connected those two ancient lands over many centuries. Presidents Rouhani and Xi oversaw the signing of 17 politico-economic agreements between the two countries worth tens of billions of dollars.

Perhaps even more important than the economic deals was Iran-China’s strategic partnership. The Chinese president confirmed his support for Iran to join the Shanghai Cooperation Organization (SCO). Iran enjoys a unique geopolitical position, as a link between the Persian Gulf and the Caspian Sea, between Central Asia and the Caucasus, also linking China and India to Europe, thus acting as a hub for Eurasian integration.

During his visits to Italy and France (25-29 January), the Iranian president signed some 55 billion dollars in deals focused on the hydrocarbons, metals, transport, and automotive sectors. Unquestionably the biggest deal was Iran’s purchase of 118 Airbus planes, at a total cost of 25 billion dollars. Iran’s transport minister, Abbas Akhoundi, has remarked that Iran is in the market for some 400 medium and long-range planes, as well as 100 shorter-haul aircraft. He also said that Iran was open to deals with American aviation companies.

The wide range of deals across multiple industries highlights the overall appeal of the Iranian market to the world. Iran’s 80 million young and educated population, as well as Iran’s vast natural resources, have made it the biggest hope for the recovery of a sluggish European economy. Iran owns more than 7 per cent of the total global mineral reserves, ranking first in terms of proven gas and second in terms of oil reserves (fourth if shale oil is also taken into account). Iran also ranks first in the world in terms of zinc, 2nd in copper, 9th in iron, 10th in uranium and 11th in lead mines, as well as possessing 68 different types of minerals.

In addition to all its economic benefits, Europe also sees Iran as a major ally in the battle against ISIS. The world has moved on from the era of sanctions, which were on the point of collapse even prior to the nuclear agreement. It would be futile to try to reverse the global trend and to isolate Iran again. All that the attempts to isolate Iran would do is to push her further into the arms of the Russians and the Chinese, while most Iranians are strongly pro-Western and pro-American. There is a very large community of Iranian-Americans with a vast network of friends and relatives in Iran that could be used to bring Iran closer to the Western orbit. This asset should not be wasted.

It is time for US politicians to realize that past US policies in the Middle East have destabilized the region and have given rise to ISIS and other terrorist groups. They should turn a new leaf and make use of America’s soft power, rather than giving priority to military options and regime change.

Farhang Jahanpour is a former professor and dean of the Faculty of Foreign Languages at the University of Isfahan and a former Senior Research Fellow at Harvard University. He is a tutor in the Department of Continuing Education and a member of Kellogg College, University of Oxford.

AFP: “Ted Cruz holds rally in Anderson ahead of primaries”