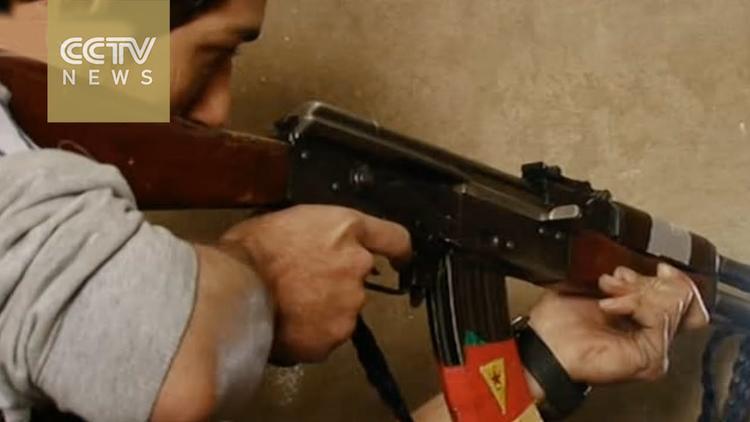 The new round of violence reveals the tangled and conflicting motives of the main actors operating in Syria at present. The Islamists and allied local militias were losing ground to a Russian-backed Syrian army offensive that is threatening to destroy rebel strength in the north-west of the country, taking back the whole of Aleppo for the regime and potentially sealing the border with Turkey again. That would be a blow for Ankara, which together with Saudi Arabia, has been sponsoring various rebel fronts as a counterweight both to the growth of Kurdish power in Syria, and to fight the Assad regime.

In the past the YPG has sometimes fought in an unofficial partnership with the forces of Syrian President Assad. They are also seen by Ankara as a Syrian offshoot of its banned Kurdistan Workers’ Party (PKK), a particular Turkish bugbear. Syria’s civil war has already merged with the Iraqi one across the border with the intrusion of the Islamic State (IS) movement into Syria’s east. The decision by Turkey’s President Recep Tayyip Erdoğan to widen his choice of targets to include Kurdish actors within Syria, means its struggle is increasingly merging with fighting in next door Turkey as well. Violence restarted there after a largely successful two year ceasefire between the PKK and the Turkish government, and the country has also suffered from suspected IS bomb attacks and assassinations.

By taking Mennagh, the YPG/SDF were serving their own interests. These include linking up the two Syrian Kurdish cantonments into one contiguous stretch, as they are currently separated by territory held by both IS and other anti-regime factions. Such a united Kurdish enclave in Syria would then cut the supply lines between Turkey and IS held parts of the region, endangering the smuggling of oil which is one of the main source of funds for the militant group, according to Russian claims. But their offensive was fiercely opposed by President Erdoğan, who does not want to see a unified Kurdish statelet emerge on Turkey’s Syrian border to match the one in Iraq, especially at the expense of Turkish backed groups fighting the Damascus regime. Erdoğan’s distrust of the Kurds is at least as deep as his dislike of IS, and he has recently publically lambasted the US for backing YPG/SDF forces with airstrikes in their operations against the militants.

Simultaneously the territory of choice to be fought over by a kaleidoscope of movements and foreign armies, and the vortex into which its neighbours are sucked as the fighting spreads, Syria seems increasingly to be sharing the fate of the Democratic Republic of Congo in the 1990s. Saudi Arabia, which has already intervened in neighbouring Yemen, is also mulling despatching ground troops to Syria. It has confirmed its aircraft, which are taking part in sorties against IS, are now stationed at the Incirlik air base in Turkey. The two Sunni powers have moved closer together as their shared determination to bring down Syria’s Bashar al-Assad has been increasingly questioned in the West, following the rise of IS. The Turks and Saudis accuse Western states of coming to see Assad as the lesser evil of the two, though he is blamed for the majority of deaths in the conflict, and say they are fighting both factions.

But Turkey especially finds itself in a precarious position, where it is opposing the Kurds, the Syrian government and IS inside of Syria, whilst fighting Islamic State and the PKK inside its own territory. This stance has already poisoned its relations with Russia, whose government has intervened on the side of the Assad regime, and with whom Moscow has a longstanding client-patron relationship dating back to the Soviet Union. Any Turkish-Saudi ground intervention into Syria, whether against Damascus or IS, would run the risk of confronting Iranian Revolutionary Guard members or Russian special forces inside Syria: both Moscow and Tehran are reported to be providing Syria’s government with ground and air support directly, as well as recruiting and bankrolling an array of pro-regime militia groups. Russian Prime Minister Dmitry Medvedev has issued a stark warning that any use of foreign ground troops in Syria without the express invitation of the Syrian government could spark a further massive round of regional conflict.

The escalation of the crisis in Syria has come about in part because both Riyadh and Ankara are more suspicious and less dependent upon Washington than in the past. Equally however Washington has been reluctant to publically break with its Sunni allies, despite their questionable actions such as Saudi Arabia’s intervention in Yemen or Turkey’s sponsorship of rebel groups with ties to Al-Qaeda’s Syrian franchise. Washington has opted to pursue policies which suit American national interests, such as its nuclear deal with Saudi rival Iran or sponsoring the YPG as the most effective local counterweight to IS inside Syria, while quietly allowing the Saudis and Turks latitude to pursue theirs.

Thus it has stood by as Erdoğan has restarted the war with the PKK inside Turkey and neglected the struggle against IS, or as Riyadh has blamed Iranian interference in Yemen for that country’s slide into civil war. This hands off attitude will have to change if the two Sunni powers are serious in their intention to intervene in Syria without the permission of Damascus. Syria is a tragedy but it is not worth consequences of a shooting war between two of America’s closest allies and Moscow. Washington and Paris have already called on Turkey to end its artillery bombardment against Kurdish and Syrian army targets near the city of Azaz in northwest Syria, in order to de-escalate tensions on all sides. It remains to been seen if Ankara is willing to endure the tensions the Turkish push to depose the Syrian President will raise with Washington. One unnamed Western diplomat has already told Turkish media that the US and Russia have come to an agreement to keep Assad in power as the least worst option for the moment in Syria’s turbulent politics.

Neil Thompson is a freelance writer and analyst on foreign affairs, who blogs for the Foreign Policy Association. He has written for The Diplomat, The Independent, The Financial Times. He has lived and worked overseas in the Middle East and East Asia, and is presently based in London.