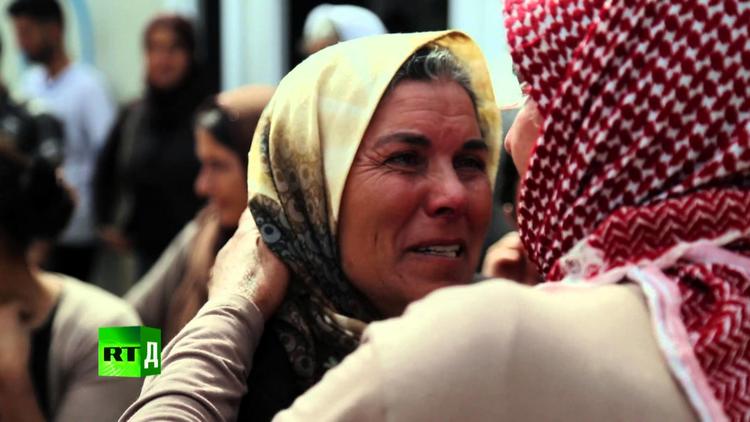 Violence against women, especially in war, is so pervasive around the world it’s often not considered news. But the barbaric treatment of women by the group known as Da’esh or Islamic State [group] (IS) has for once managed to attract some specific attention.

When IS overran the city of Mosul and much of northern Iraq in June 2014, it abducted more than 5,000 women and girls of religious and ethnic minorities (the vast majority being Yazidi, Turkmen and Christians). They were systematically isolated from their families and many watched other family members being murdered, particularly men and older women.

Women often bear the brunt of war, but IS is responsible for some of the most egregious treatment of women in recent history, with girls and women effectively becoming weapons of war. These young women and girls (some as young as 12) are being systematically raped and assaulted nearly to the point of death, with many being forced into marriage and religious conversion, sold or given as “gifts”.

Initially, IS and its supporters denied that the women abducted were being sexually exploited. But in an October 2014 issue of its publication Dabiq, the group publicly acknowledged it was keeping sex slaves. Justifying it with a predictably narrow and self-serving interpretation of Islam and Islamic law, it stated it considers these women the “spoils of war”.

It states that these “apostates” are legitimately enslaved, declaring that “Islam allows it and we will do it”. The group even says that slavery and rape will benefit the girls and young women, as it exposes them to the “true Islam”.

It’s not uncommon for them to attempt suicide in captivity in a bid to end their suffering, and due to the conservatism of their communities, many who do somehow return home are ostracised. They may even face death at the hands of male family members eager to avenge their family’s loss of morality – a woman’s purity and chastity are linked to a family’s honour. This also contributes to the problem that the actual number of victims is unknown, as many rapes go unreported out of stigma and shame.

Sexual violence and physical abuse is one of IS’s key psychological weapons. It has driven thousands of families from the north and west of Iraq, expanding their territory in their wake. Some more cynical observers also argue that the promise of sex slaves, cars and houses is a ploy to attract young men from countries where they have no prospects of marriage or wealth thanks to inequality and unemployment.

Several hundred of the captured young women have since escaped or been liberated from multiple locations across northern Iraq and eastern Syria. Those who have returned are in dire need of physical assistance associated with sexual abuse (including unwanted pregnancy and sexually transmitted diseases, including HIV) and psychological support.

These women and girls are in a very unstable mental state, suffering from acute levels of stress, anxiety and depression with many showing strong suicidal tendencies. Many victims are unable to comprehend the barbaric treatment they have experienced and witnessed and are unable to sleep more than a few hours at a time due to nightmares and intrusive thoughts.

The precarious and monotonous conditions in the refugee camps are not contributing positively to their mental states either, with many feeling under constant threat of being captured. Because of this, many are desperate to leave Iraq, where they are constantly reminded of their time in captivity.

Plenty of public attention is given to the physical needs of those affected by the conflict in the Middle East, but this often overshadows the scourge of serious psychological trauma.

There is little psychological assistance available for these destitute young women. One organisation that’s stepping in to help is WADI the Association for Crisis Assistance and Solidarity Development Cooperation. This Iraq-German based nonprofit focuses on women’s rights in the Middle East and is providing psycho-social assistance to the traumatised female survivors of IS’s abuse.

WADI’s Dohuk teams consist of committed young women who visit refugee camps to offer psycho-social support. WADI has also established a women’s activity centre in Dohuk that provides a safe all-female environment and a break from the miserable conditions in the refugee camps.

The centre aims to make the women feel “at home”, empowering them and encouraging them to have a say in the peace and reconciliation process. The centre also offers referrals for much needed psychological aid and health care. Awareness training into women’s rights is also available.

Sadly, the current efforts are merely the beginning, and funding for such projects is scarce. Every day more women become victims; mental health is a taboo topic in many Arab countries, and efforts to help sufferers are therefore very poorly resourced. Although there has been an international response, it’s been direly inadequate given the scale of the challenges and needs.

And all the while, even though IS has lost some ground in Iraq and Syria, there’s no indication that this horror story will end any time soon.