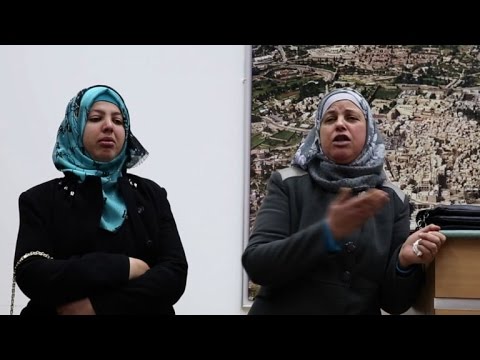 Tom Friedman of the New York Times has completely given up on a two-state solution, forthrightly abandoning the polite fiction that there will ever be a Palestinian state alongside Israel, and ridiculing American presidential candidates for speaking as though it were still a possibility. In fact, he proclaims, with an eye for the glaringly obvious, the peace process is dead:

“The next U.S. president will have to deal with an Israel determined to permanently occupy all the territory between the Jordan River and the Mediterranean Sea, including where 2.5 million West Bank Palestinians live.”

Friedman proposes a long list of those responsible for the failure of the peace process. It isn’t remarkable that he blames, among many others, Palestine president Mahmoud Abbas and the Gaza party-militia, Hamas, though it would have been refreshing if he had admitted their powerlessness truly to affect the equation. It is sort of like blaming the Inca for Francisco Pizarro’s brutal conquest of Peru.

What is remarkable is that he puts Israeli and/or pro-Israeli actors first in his rogues gallery and pulls no punches. The villains of this piece include:

2. Right-wing Jewish billionaires, such as Sheldon Adelson, who shielded expansionist Prime Minister Binyamin Netanyahu from criticism by influencing the US Congress. (Friedman has long since implicitly acknowledged the argument of John Mearsheimer and Stephen Walt in their The Israel Lobby, but this statement of it took even me aback; I think focusing only on the rightwing billionaires is a little unfair, since there are lots of Israel lobbies and many supporters of the Israeli squatters are neither rich nor right wing.)

3. Netanyahu himself, characterized as power-hungry and unimaginative: “Bibi won: He’s now a historic figure — the founding father of the one-state solution.”

Friedman had for decades championed a two-state solution and even once pressed for a US military presence in the West Bank to allow (or force) an Israeli withdrawal. Like many American Jewish supporters of Israel, he sees the Israeli Right’s determination to swallow up the Palestinian West Bank as endangering the future of the Israeli state, rather as the Everglades python doomed itself by trying to swallow a whole crocodile.

“Let the one-state era begin. It will involve a steady low-grade civil war between Palestinians and Israelis and a growing Israeli isolation in Europe and on college campuses that the next U.S. president will have to navigate.”

Of course, the low-intensity civil war is already a daily reality in the West Bank. Here are headlines from just the last couple days from a site that closely follows developments in Israeli-occupied Palestine (these are headlines seldom seen in the US press and never on American television, creating a vacuum of knowledge that itself skews US views):

At the end of his column Friedman waxes apocalyptic about the Middle East:

One big difference between academic analysis and this kind of op-ed is that the latter still tries to explain the world through character flaws, as though everything is a Greek tragedy. This form of argumentation was also popular also in the Victorian age.

Thus, Netanyahu is fatally greedy and ambitious. Sheldon Adelson is arrogant and a puppet master. Israeli squatters are fanatics. Mahmoud Abbas is feckless. Hamas is stubbornly aggressive, so much so that it declines the possibility of becoming Singapore by making peace with Israel (talk about bedtime stories).

But larger forces are at work here. Rashid Khalidi has pointed to a settler-industrial complex, whereby Israeli colonization of the West Bank is increasingly an element of the Israeli economy, creating internal lobbies for the policy. Lax Israeli campaign finance regulations have allowed Sheldon Adelson to have an outsize impact on Israeli politics (including dumping his free pro-Netanyahu newspaper on the market, to the disadvantage of other dailies and other parties). Congressional support for Israel is certainly to some extent bought and paid for by Adelson and others, but some of it comes from the Evangelical Right and some of it from imperial security considerations (Israel as a kind of aircraft carrier for the US in the Middle East).

Friedman’s depiction of Iran as a “rogue state” that is over-reaching could be challenged. Iran could be seen as the conservative power here, as simply supporting a long-standing status quo in Lebanon and Syria. It is supporting the American-imposed status quo in Iraq. Tehran probably isn’t actually much involved in Yemen. So what has changed is that Saudi Arabia has become a revolutionary, Napoleonic force in the region, bankrolling the overthrow of the populist Muslim Brotherhood government in Egypt, attempting to overthrow the Baathist republic in Syria (founded in 1963), and to tip the balance of power toward the minority Sunnis in Lebanon.

I voice this critique because I think it is important for policy-making to consider economic and power and environmental dynamics and not to focus only on the character of politicians. Some constraints are structural. If Mahmoud Abbas were replaced by Salam Fayyad, he would also fail to achieve a Palestinian state. That is because Israel is a regional Power and can dictate to the Palestinians, and the Israeli elite has decided to keep them stateless and to steal their land.

I’d like to point out that the low-intensity civil war going on in the West Bank is not guaranteed to be a steady-state phenomenon. At some point it could become a high-intensity civil war. Given the state collapse in Syria and Iraq and Yemen and Sinai, it cannot be predicted what the outcome of such a civil war will be on the region and on Israel. The Israeli far right, which is in power, appears to think that it will be possible simply to transfer the rebellious Palestinians to Jordan and Egypt. But Egypt won’t permit it, and can prevent it. Jordan would likely collapse under the shock, with severe security implications for Israel. Millions of Palestinians would stream as refugees into Europe.

So, I think Netanyahu’s policies are presenting the next president with a security challenge substantially more severe than the end of the two-state solution or a low-intensity civil war. The specter of actual civil war in the West Bank is the real beast slouching toward Jerusalem.