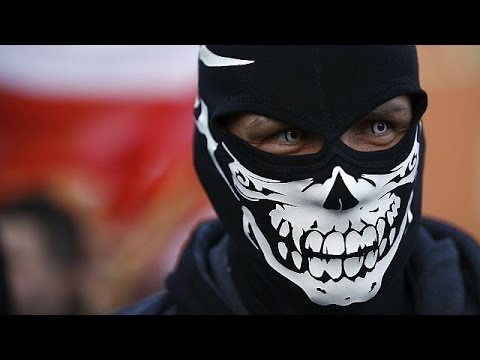 Are Muslims embraced as part of the mosaic of Europe? Or, are they considered and treated as outsiders, foreigners, and invaders? Political Scientist Peter O’Brien deconstructs this issue in his new book, The Muslim Question in Europe: Political Controversies and Public Philosophies (Temple University Press, 2016).

“There exists,” he writes, “no great, let alone unbridgeable, gulf in outlook or lifestyle forever separating ‘Islamic’ from ‘Western’ civilization.” He argues that there is not a “clash of civilizations,” but “clashes within Western civilization.”

O’Brien dissects the hotly-debated and contentious topics of headscarves, terrorism, and secularism (mosque-state relations) within the broad historical and political contexts of “intra-European tensions.” He argues that European Muslims should not be viewed “as a distinct group of political actors.” Rather, he states that European Muslims and non-Muslims both inhabit “a normative landscape in Europe dominated by the vying public philosophies of liberalism, nationalism, and postmodernism.”

Peter O’Brien discusses his new book in this interview.

The Pew Research Center projects that Muslims will make up 8% of Europe’s population by 2030. How are Muslims changing the social and political fabric of Europe, especially considering the declining birthrate in Europe, which is much lower than other regions throughout the world?

Many reliable studies have found that Europeans of Muslim heritage think and live very much like their non-Muslim counterparts. However, a conspicuous minority of Islamist Europeans do resist and challenge in word and deed so-called “common” European norms and values. A minority (Islamists) of a small minority (Muslims) in terms of the entire population of Europe should not be able to affect much change in the social and political fabric of Europe. However, a growing number of Islamophobic politicians, parties and movements that exaggerate the influence of Islamists could, if empowered by voters, transform Europe into a considerably less welcoming place for Muslims than it has been thus far in the postwar era.

What are the major political controversies surrounding European Muslims?

My book devotes a chapter to each of the major controversies: the requirements for citizenship (or long-term residency); the headscarf debate; mosque-state relations (the level of state subsidies and support for Islam/Muslims); and countering the alleged threat of Islamist terrorism.

The European Court of Human Rights has ruled that the wearing of the headscarf is akin to proselytization, if I’m not mistaken. And France seems to have the toughest restrictions on the hijab. Do you see French laws and interpretation of laïcité — seemingly at odds with freedom of religious expression — changing at all?

Yes. The central thesis of my book is that because there exists no firm ethical consensus on such matters as the headscarf controversy, ultimately political contestation (in the courts, parliaments, streets) will decide the matter. Contestation means that current decisions will be challenged and likely (someday) altered. Keep in mind that before the ban was legislated in 2004, the Conseil d’Etat regularly nullified individual school bans on grounds that they constituted an infringement of religious freedom. Or consider Germany. In 2003 the Constitutional Court allowed a ban for teachers in public schools but reversed its decision in 2015. It would not surprise me if the hijab were highly in vogue in Europe among Muslim and non-Muslim women by 2025. I mean that somewhat facetiously, but the situation is that fluid.

How did your life and work in Germany and Turkey shape the perspective of your research?

Living in Turkey for the academic year 1995-1996 helped me to reject the neo-Orientalist stereotypes with which I was educated. Repeatedly residing in Germany for long durations over the last 35 years has prompted greater appreciation for the complexity of immigration as well as increased skepticism toward and even irritation with simplistic explanations and interpretations (some of which were my own).

Trinity University students (and I) meeting with members of the Junge Islam Konferenz in Berlin, May 2015.

Have you been to Germany and Turkey since the Syrian refugee crisis? What have you observed?

I resided in Germany for five months in 2015. I witnessed much admirable generosity and goodwill on the part of Germans and non-Germans toward arriving refugees. Unfortunately, many politicians have been more interested in fomenting anger and resentment toward the newcomers.

German PM Angela Merkel is under increasing political pressure at home – especially since the attacks in Cologne – to revisit the country’s “open door” policy toward refugees. To many German citizens the danger to their society is very real. Do they have reason to be worried or are their fears overblown? Is it possible to put the “crisis” in perspective based on what you know of history and of Germany?

Based on separate figures compiled by Peter Katzenstein and Doug Saunders, I write in my book that a resident of Europe is 33 times likelier to die from meningitis, 822 times likelier to be murdered for nonpolitical reasons, and 1,833 times likelier to perish in a car accident than to fall victim to terrorist attacks, of which only one percent are committed by persons invoking Islam.

An estimated 13 percent of women in Germany experience physical assault at some time in their life. The problem of violence against women neither originated on New Year’s Eve 2015 in Cologne nor is perpetrated by (Muslim) refugees only. Needless to say, this sobering fact in no way minimizes or justifies the crimes against women committed in Cologne on that occasion.

Germany took in as many as 14 million refugees after WWII under conditions far less favorable than today. In 1990 the Federal Republic of Germany annexed a country of 16 million East Germans that had been extensively ruined by two generations of communist rule. With regard to the current wave of refugees, the Chancellor couldn’t be more correct when she insists “We can do this” (Wir schaffen das).

It seems that the ‘clash of civilizations’ thesis originated by Samuel Huntington (1996) is back in vogue? Should we be wary of this?

Yes. Because it is reductionist it is highly misleading. It fosters the erroneous and politically dangerous view that all Muslims think and act alike and, moreover, in ways that “clash” with the purportedly central values of Western societies, such as rationality, civil liberty, democracy and the rule of law.

How can an understanding of the political philosophies of liberalism, nationalism, and postmodernism help us to look at the Muslim question and immigration in Europe?

My book shows that the most politically consequential ideological clashes in Europe are those between the public philosophies of liberalism (all should enjoy equal rights and freedoms), nationalism (the rights and needs of natives should have priority over non-natives) and postmodernism (what passes for right and wrong is always the result of political contestation). Two advantages stem from applying this conceptual lens. First, we can understand how these vying public philosophies contribute to highly contradictory, even self-defeating policies regarding immigration across Europe. Second, we see that the three ideologies divide Muslim as much as non-Muslim Europeans. The two groups do not represent differing monolithic blocs locked in a clash with one another.

British journalist Mehdi Hasan has written that “in some respects, Muslims are the new Jews of Europe.” (Huffington Post UK, May 29, 2014). Are there strong historical parallels between what European Jews experienced in the 20th century to current conditions for European Muslims?

This commonly drawn parallel is more misleading than illuminating. Nowhere in Europe are virtually all Muslims —asylum-seekers, resident aliens and citizens — being disenfranchised, dispossessed and sequestered the way Jews were in Nazi Germany. More importantly, the systematic extermination of the European Muslim community is not taking place. Although there are some credible parallels between the everyday discrimination in many walks of life against Jews before the Nuremberg Laws of 1935 and against European Muslims today, the latter have far superior recourse to national and international courts to challenge violations of human rights.