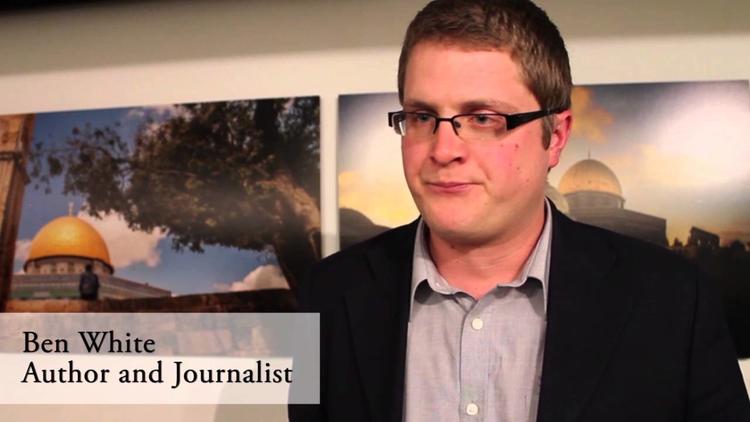 The Palestinian people began the New Year facing a bleak political situation, with a weak and compromised leadership, a geographically and administratively fragmented people, and a civil society increasingly marked by individualism and loss of political anchor. The state-building project that promised so much in the 1980s and 1990s is fast losing adherents – a recent poll revealed that nearly two-thirds of Palestinians no longer believe it is practical even though 137 countries now recognize Palestine. Yet little has emerged by way of an alternative political goal that enjoys popular support.

This commentary argues that the current political weakness of the Palestinian people derives in large part from the absence of strategic thinking, despite some organized efforts in this regard including by the Palestine Strategy Group and Masarat, for example. Yet it is vital that Palestinians strategize with or without the political factions within and outside the Palestine Liberation Organization (PLO): Without a clear and agreed strategy, some of the tools and tactics being adopted risk draining energies and proving ineffective or producing unwanted results.

Sound strategic thinking rests on an accurate assessment of the existing political environment, including the opportunities and challenges both internally and externally. For Palestinians, it is particularly vital to accurately assess the strategies of the Israeli state because it is the stronger party that largely defines the scope and direction of the conflict. It can be argued that a main reason Oslo was a political disaster was because Palestinian leaders, incompetent and desperate for a solution, took at face value Israel’s professed interest in the creation of a Palestinian state and worked towards that political goal. This miscalculation and the concessions that followed have proven catastrophic for the bargaining power of Palestinians, for their unity, and for their ability to formulate a cohesive national strategy.

It is past time to recognize that Palestinians are in a no-state solution in which Israel hopes to contain them for as long as it takes to achieve its ultimate vision. That vision is one of different (and greater) rights for Jews versus non-Jews, with a Jewish majority in the land under its direct control. The Israeli strategy for the fulfillment of its vision has been largely consistent since it occupied the Palestinian territory in 1967: To contain Palestinians by rejecting final status arrangements, whether Palestinian sovereignty in two states or equal rights in a single bi-national state. I have argued previously that the de facto customs union imposed by Israel on the Palestinians is a concrete illustration of Israel’s intention to maintain this no-state solution. Palestinian actions, resistance, and any future negotiations should be informed by this reality.

Given that Israel’s strategy is predicated upon fulfilling rights for Jewish Israelis and settlers and limiting them for Palestinian citizens of Israel and Palestinians in the occupied territories, then a Palestinian rights-based strategy could be particularly effective in exposing and challenging Israel’s plans. In such a strategy the Palestinian political goal would shift from statehood, an unrealized project that obfuscates Israel’s strategy on the ground, to a struggle for human rights — political, civil, economic, social, and cultural. Palestinian rights may be achieved in a number of national arrangements, one or two states or a confederation.

Besides confronting the Israeli national project at its core, a Palestinian rights-based strategy offers several distinct advantages. It provides a set of guiding principles for the struggle; it narrows the differences between Palestinians in the occupied territories and within Israel; and it resonates with an international discourse on rights and anti-racism that is very difficult to dismiss, helping to forge strong alliances in support of the struggle.

Any successful strategy must not only accurately assess Israel’s motives and identify the weak points in its armor; it must also garner consensus in the Palestinian community. This is a difficult challenge, in part because of the fragmentation of the Palestinian people but also because of the deep attachment to the idea of a Palestinian nation state despite the unrealized two-state solution. It is therefore important to try to reconcile a politically sound strategy with Palestinian nationalist sentiment to the extent possible. Arguments for a rights-based approach, for example, may need to emphasize that relinquishing the focus on statehood does not mean relinquishing ties to the land and to examine the ways in which the narrow conflation of nationhood with statehood can be transcended.

The fastest, safest, and most efficient way to promote a national strategy is through a more representative — and effective — political system. In the absence of prospects for effective and non-compromised leadership within the occupied Palestinian territory (OPT) or for the Palestinian people at large, this becomes a difficult task. In the interim, Palestinians can draw on some of the tools developed by existing institutions and networks in Palestinian and global civil society to advance strategic thinking and action, with the hope that steps in the right direction will hasten or complement the formation of a new leadership.

The Boycott, Divestment, and Sanctions (BDS) movement remains the most powerful civic tool for framing the Palestinian struggle in the language of rights and for challenging Israel’s repression on the basis of apartheid. BDS is well known for the costs it regularly exacts on the occupation, but the movement’s far greater importance lies in the philosophy and the vision it provides. It offers a discourse that many Palestinians can relate to, that the world can empathize with, and that does not get stuck in the labyrinthine discussion of solutions and endgames. It also goes straight to the heart of Israel’s vision for the region; Netanyahu was not being dramatic when he dubbed the BDS movement a “strategic threat” to the Israeli national project given its racist and colonial-settler form. Even though the BDS campaign faces limitations within the occupied territories due to the OPT’s structural dependency on the Israeli economy, the fact that the language of rights is becoming more mainstream is an encouraging sign. Adopting the discourse of BDS and launching BDS campaigns on campuses and in local councils, business boards and other institutions is a concrete step to helping Palestinians resist apartheid and move closer to realizing human rights.

Palestinians can also capitalize on existing legal frameworks that directly address human rights and the rule of law. Legal tools already available to the Palestinian people include the International Court of Justice’s 2004 advisory opinion on the Separation Wall, which reinforces the international consensus that settlements are illegal under international law. Such tools can be leveraged to point out to third states that their involvement with Israel compromises their legal authority and to demand that these states uphold international law by suspending trade or treaties with Israel so long as it maintains its apartheid regime. Palestine’s membership of the International Criminal Court may also offer tools to challenge Israel’s human rights violations, but it is important to be realistic and to continue to marshal international support.

Within the OPT, cycles of confrontation with the occupier also help to break the monopoly over politics held by the Palestinian Authority (PA) and may help to hasten and legitimize the search for alternative strategies. The recurrent waves of anger redefine the relationship of Palestinians to the Israeli state as one of conflict rather than “understanding” and often openly call for a cancelation of the Oslo Accords. While, as noted in a recent Al-Shabaka roundtable, the ability of these waves to achieve political goals is very limited due to weak organizational capacity as well as to backlash from the PA and Israel, they still provide a radical discourse shift and serve to unify, if only symbolically, the message of Palestinians.

Crucially, the Palestinian citizens of Israel, who have been marginalized by the PLO and the PA in the search for statehood, would stand front and center of a rights-based approach. Indeed, this explicitly underpins their struggle for justice and equal rights within Israel. Moreover, their close contact and familiarity with the Israeli state and their accumulated struggles within it represent a major source of strategic understanding that other Palestinians can tap. Some have not only noted that this is a still underutilized source of Palestinian agency but have even argued that, with the formation of the Joint List, the Palestinian people should look to the Palestinian political parties in Israel for leadership. Palestinians in the occupied territories, in refugee camps, and in the Diaspora would do well to more seriously examine the links they can forge with their counterparts “inside” and to adapt some of those experiences and tactics to their domestic environment, where possible and appropriate.

At the same time, and as noted above, the lack of a strategy poses risks in terms of not knowing what type of tools and tactics to avoid. Although recognition of Palestine as a state opened the door to the ICC, rallying for membership as an observer state at the UN or for verbal recognition of statehood by third states carries serious risks. It conceals the reality that Israel’s strategy is to make such a state impossible. It also validates the defunct model of Oslo and undercuts the argument that Israel is responsible for the rights of the population it occupies and oppresses. Other risk-laden tactics include mobilizing for elections for the Palestinian National Council, a body that has had limited effectiveness. Nor are democratic elections that enshrine the rule of undemocratic parties or that occur amid an absence of a national strategy particularly desirable.

Similarly, the institution-building approach adopted in recent years, by which aid is funneled into a purported state-building project, has proven fragile and unrealistic. Instead, it must be recognized that Israel’s current strategy of containment prevents not only an independent Palestinian state but also a viable Palestinian economy. More work is needed on the ways in which the no-state solution keeps the Palestinian economy dependent, unproductive, and structurally backward. At the same time, it remains critically important to provide jobs for Palestinians not as development under false pretenses but to support steadfastness and to keep Palestinians in Palestine.

To sum up, the issue is not whether certain tools and tactics are good or bad in principle but whether they directly confront or actively obscure the existing political reality and whether they advance or hinder a specific strategy meant to address that reality. This brief discussion is offered as a contribution to the process of identifying such a strategy, one that can unite the Palestinian people behind a struggle that effectively challenges Israel’s vision for an apartheid regime.

This analysis was originally published by Al-Shabaka, an independent non-profit organization whose mission is to educate and foster public debate on Palestinian human rights and self-determination within the framework of international law.

Amal Ahmad is an Al-Shabaka Policy Member and Palestinian economic researcher. Amal interned at the Palestine Economic Policy Research Institute in Ramallah before completing a Master’s degree in development economics at the School of Oriental and African Studies, London. Her work focuses on fiscal and monetary relations between Israel and Palestine; she is also interested in the political economy of development in the broader Middle East.