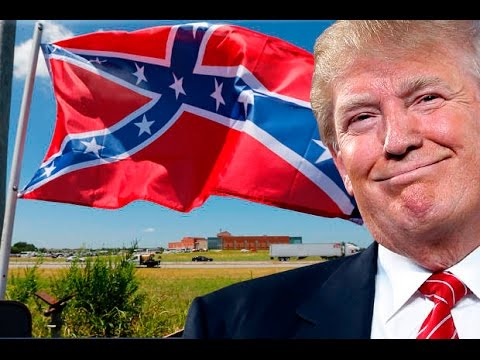 Billionaire bigot Donald Trump won the South Carolina primary Saturday with about 32.5 percent of the vote. He was about ten points ahead of his two closest rivals, Marco Rubio and Ted Cruz, who more or less tied at between 22 and 23 percent each.

Trump did much better than his rivals with men, with over-45 voters and with the less educated. He even outdid Cruz with regard to the evangelical vote (self-described evangelicals were 3/4s of Republican SC voters this year, up from 65% in 2012).

But perhaps one unexpected indication as to why he won is Trump’s strident hatred of Muslims. Some 75% of GOP primary voters in South Carolina support his bizarre and unconstitutional idea of banning Muslims from traveling to the United States. That is nearly twice the national average on this issue (46%) and more than the average among Republicans nationally (66%).

A sounding by Public Policy Polling found that SC GOP voters supporting Trump are outliers among Republicans in that state. Some 80% of them want to ban Muslims from traveling to the US, and about a third of Trump supporters want to ban gays from coming here as well. (That was twice the percentage among SC Repubicans in general). Among Trump supporters, 62 percent want to create a database to track US Muslims, and 40% want to ban mosques. 44% of Trump supporters want to ban the practice of Islam entirely (Not sure why 4% of these stupid jingoists want to allow mosques but not Muslims). About 38% of Trump voters said they wish the South had won the Civil War, as opposed to 30% of SC Republicans overall.

The evidence therefore suggests that xenophobia and hatred of Muslims, as well as a yearning for the white supremacist Confederacy, are more common among Trump supporters than among SC Republicans in general. And, it may well be that the margin of racism accounts for Trump’s win.

Moreover, a third of GOP voters in South Carolina see terrorism as the number one issue facing the US, while 28% think it is the economy and 27% are worried about government spending. That is, the hatred of Muslims seems tied to security concerns rather to immigration, and immigration per se is not a big concern there. Likely the large number of southern men who spend some time in the military is one explanation for this unusual concern with terrorism. After the Paris and San Bernardino attacks by fringe radical Muslims, the percentage of Americans who named terrorism as the number one problem jumped from a few percentage points to 16% last December. So South Carolinian Republicans are twice as worried about that issue as most Americans, and are a third more worried about it than Republicans nationally (24%) as of last December. (When there aren’t attacks for a while, the general US percentages on this issue have been slipping to single digits).

South Carolina is a small state of almost 5 million and is the 23rd or 24th largest in the union. Nearly 30% of the population are African-American (roughly 1.2 mn.) Almost all the African-Americans vote for the Democratic Party. A big majority of the over 3 million whites vote Republican. A recent wrinkle is that there are 260,000 Latinos in the state, and some say they may be as many as 400,000, since they are undercounted in official statistics.

South Carolinians are poorer than the average American, with a median household income of $45,238– only 4/5s of the US median. Its poverty rate is 18% as opposed to 15.5% nationally. However, much of the difference is likely accounted for by the big disadvantaged African-American population, and South Carolinian whites are probably closer to the national average. About 86 percent of the state’s residents have completed high school, which is par for the course in the US. But only about 27% have a BA or higher degrees, whereas the average in the US is about 30%.

While some have suggested that South Carolina looks more like the rest of the US than does New Hampshire, in fact it is distinctive on a number of measurements. It is poorer. It has slightly fewer highly educated people. The legacy of slavery and Jim Crow is hardly gone, and the percentage of African-Americans is 2.5 times that of the national average. It is much more Protestant than the rest of the country, where about a quarter of the population is Catholic. It appears to be much more religious than the rest of the country. While, nationwide, Protestant evangelicals are about a quarter of the population and are down a little over the past decade, some 75% of Republican voters on Saturday were evangelicals.

While South Carolina is a lovely place and its people are warm and friendly, about a fifth of them voted yesterday for a full-on fascist and pro-torture racist, which is surely the most shameful thing so many of them have done since opposing the civil rights movement. That they did so because they are economically insecure and think Trump can whip the economy into shape, and because they seem unusually obsessed with terrorism, and think Trump’s ethnic cleansing policies can protect them, is no excuse for anything. They know better, deep down.