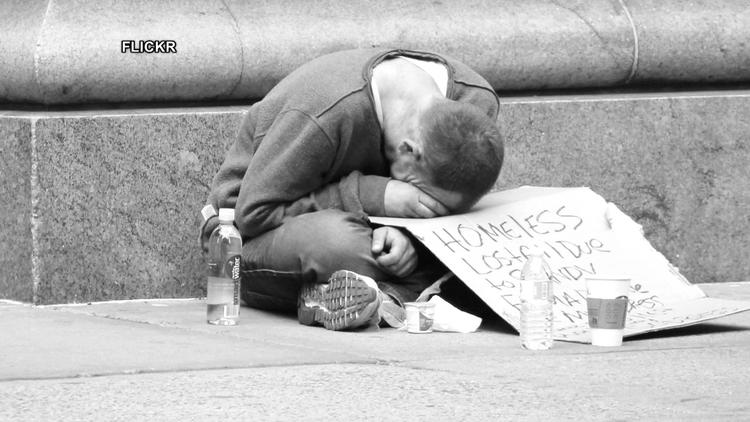 Our world’s billionaires don’t merit either their billions, the Oxfam economist Didier Jacobs suggests, or the right to claim we’re all living in a ‘meritocracy.’ 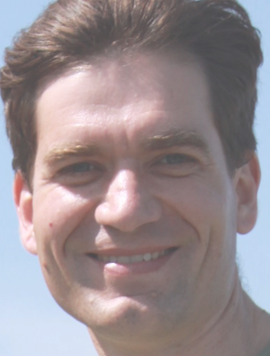 Debunk the meritocracy defense of extreme inequality on its own terms, says Oxfam economist Didier Jacobs, and the flacks for grand fortune will have nothing left that the American public finds appealing.

Defenders of our deeply unequal global economic order had to put in a bit of overtime last month. They had to explain away the latest evidence — from the global charity Oxfam — on how concentrated our world’s wealth has become. A challenging task.

Back in 2010, Oxfam’s new stats show, the world’s 62 richest billionaires collectively held $1.1 trillion in wealth, far less than the $2.6 trillion that then belonged to humanity’s least affluent half.

Now the numbers have reversed. The world’s top 62 billionaires last year held $1.76 trillion in wealth, the bottom half of the world only $1.75 trillion.

“Far from trickling down,” Oxfam concludes, “income and wealth are instead being sucked upwards at an alarming rate.”

Flacks for grand fortune have a justification for this top-heavy state of affairs. We live, they assure us, in a meritocracy. Those with great wealth have made great contributions. They merit their “success.” If we want to encourage talent and hard work, we simply have to accept the inequality that meritocracy will inevitably produce.

Do our grandest fortunes really reflect merit? Oxfam economist Didier Jacobs last year set out to examine that question, and he has just published a paper that offers a fresh new take on meritocracy and the rhetoric and reality behind it. Too Much editor Sam Pizzigati last month asked the Boston-based Jacobs to share the thinking that underlies his innovative new research.

Too Much: People who defend grand fortunes typically don’t defend all grand fortunes. They’ll readily acknowledge that some rich people haven’t done anything that makes their riches merited. But then they’ll argue that most of our wealthy do owe their wealth to personal talent and effort. What do modern philosophers like John Rawls have to say about this “meritocracy” defense of inequality?

Why should the wealth that comes from inherited talent be considered merited?

Didier Jacobs: Many philosophers see talent as genetically or socially inherited. Even effort, Rawls contends, stands largely — if not completely — out of an individual’s control. Gifted people raised in supportive environments with access to great opportunities will find working hard to nurture their talents much easier than folks who lack a supportive environment.

Proponents of meritocracy don’t consider inherited wealth to be merited. So why should the wealth that comes from inherited talent be merited?

TM: But your research doesn’t rest on this philosophical critique of meritocracy. Your new paper essentially takes the notion of meritocracy at face value. You accept that some grand fortunes could reflect individual talent and effort and then you go on to examine how much true talent and effort specific sorts of fortunes involve. Why take this approach?

Jacobs: Because meritocracy rates as the number one argument that defenders of inequality invoke. It is easy to make an ethical case against extreme concentrations of wealth, drawing from the perspectives of Marxism, utilitarianism, or the egalitarian liberalism of John Rawls. But going down that road requires people you’re trying to persuade to change their value systems, and that’s difficult.

Debunk the meritocratic argument on its own terms, by contrast, and all the defenders of inequality have left is libertarianism, a value system that has much less appeal among the American public than meritocracy.

TM: The concept of “rent” figures prominently in your analysis. But what economists mean by rent goes far beyond what the general public sees as rent. Can you explain what qualifies as “rent-seeking” behavior?

Jacobs: Put simply, economists define rent as the difference between what people are paid and what they would have to be paid to do the work anyway. In other words, a rent is excess income, income that does not generate any effort.

We can trace most of our world’s billionaire wealth to cronyism, inheritance, and monopoly.

So if your farmland happens to be more fertile than surrounding farmland, you get more production out of it for the same effort, and that extra income you get is a rent. Rent-seeking entails getting hold of wealth produced by others. Lobbying government to obtain a subsidy is an example.

TM: Your paper explores the varied sources of extreme wealth. A few of these — like crime and cronyism — obviously rate as rent-seeking. No one could call them “meritocratic.” But other sources — like monopoly — could have redeeming social value. High-tech CEOs like the late Steve Jobs, some argue, fully merit their wealth because their contributions have been so spectacular. But you see in technology rent-seeking dynamics in high tech that wildly overcompensate execs like Jobs. What sort of dynamics?

A network externality exists when consumers draw value from other consumers using the same product, such that the company that manages to get a critical mass of consumers tends to attract many more of them. A classic example would be Facebook. Most people use Facebook simply because all their friends use Facebook. A competing site might have a better user interface, but switching to that site would defeat the purpose of social networking.

This same phenomenon plays to the advantage of most if not all large IT companies. People look for drivers on Uber because they know that most drivers use Uber to offer their services.

Don’t get me wrong, Steve Jobs deserved to be rich. I have no doubt he made a considerable contribution to humanity through talent and hard work. But I argue that he did not deserve to be extremely rich because his wealth derived in large part from rents.

An individual’s contribution to society depends on both the intrinsic usefulness of the contribution and the size of society.

The IT industry essentially resembles the mining industry in one respect. Digging gold can be useful to society, and the mining company that wins a tender to dig a specific field will usually be better than its competitors. But that company did not create the gold, and that’s why governments usually charge royalties for the privilege to dig it out.

Similarly, IT companies create useful products, and the most proficient company will usually dominate the market of a specific product. But IT monopolies do not create network externalities. They take advantage of them.

It is these network externalities that create the extreme wealth concentration. I would say that these externalities belong to society, just like underground gold, and so the wealth they generate ought to be shared.

You don’t have to be particularly radical to take this perspective. Even a business magazine as rooted in mainstream economics as the Economist suggests it.

TM: How does your research go about quantifying how much of the wealth of today’s billionaires can legitimately claim to be merited?

Jacobs: I use the Forbes billionaire list. Forbes identifies the billionaires who have inherited their wealth and also notes the countries and industries where each billionaire’s wealth originated. This information lets us quantify the proportion of the world’s billionaire wealth by different categories.

Gutenberg didn’t get ultra rich because the 15th century economy was simply too small to support huge fortunes.

Altogether, my research traces 65 percent of the world’s billionaire wealth to the rents of cronyism, inheritance, and monopoly.

TM: Your analysis leaves about 35 percent of current billionaire wealth “unaffected by cronyism, inheritance, or monopoly.” But that, your new paper relates, doesn’t make this 35 percent somehow merited, and you cite globalization as one key reason why. How does our globalized world economy
impact on the matter of merit?

Jacobs: An individual’s contribution to society depends on both the intrinsic usefulness of the contribution and the size of society. Take Johannes Gutenberg, for instance. He invented the printing press in 1439. Most of us would agree, I think, that the printing press amounts to an invention as least as important as Google. Yet Gutenberg did not become a billionaire.

Gutenberg didn’t get extremely rich because the world economy in the fifteenth century was simply too small and too fragmented to support any billionaire fortunes. They didn’t have a billion people all around the world back then with a dollar to spare toward printing equipment.

Every billionaire’s wealth today depends on having access to a large population that’s linked through a globalized economy. The more this global economy grows, the richer our billionaires get. This growth happens independently from any one individual’s effort and talent, so we can’t say that billionaires deserve the profits that go hand in hand with economic growth.

Indeed, billionaires do not deserve the large population that makes their fortunes possible. They were just born into it — and that raises the question of whether society should put a ceiling on wealth concentration.

If current public policy remains unchanged, we’ll almost certainly see a trillionaire one day, simply because the global population and economy is likely to continue growing.

This issue — the dependency of extreme wealth on the existence of a large, globalized society — rarely gets discussed. Neither does its corollary, the question of whether we need a ceiling on wealth. These both strike me as important societal questions.

TM: Where does luck fit into all this?

Both winners and losers here rank as equally deserving. Yet the one can be thousands of times wealthier than the other only because of luck.

Our growing inequality reflects a society with more and more “winner-takes-all” markets, where many talented individuals compete for ever fewer top spots. In the end, the winners often owe their place to chance.

TM: So can a reasonable person argue that our deeply unequal world in any way amounts to a meritocracy?

Jacobs: The meritocracy notion may make sense for the middle of our income distribution: An outstanding nurse is likely to make more money than an average one and would deserve that extra income. But in no way can meritocracy justify extreme inequality.

I would like to depersonalize the inequality debate. Extreme inequality is not driven by the merit or vices and virtues of particular individuals, but by social, economic, and political forces. At Oxfam, we have an intimate knowledge of the “poverty traps” that keep people in poverty. My new paper is about the “wealth traps” that concentrate wealth in ever fewer hands.

Sam Pizzigati edits Too Much, the Institute for Policy Studies online monthly on excess and inequality. His latest book: The Rich Don’t Always Win: The Forgotten Triumph over Plutocracy that Created the American Middle Class, 1900-1970 (Seven Stories Press).

Democracy Now!: “The 1% Economy: The World’s Richest 62 People Now Have as Much as Poorest 3.6 Billion”