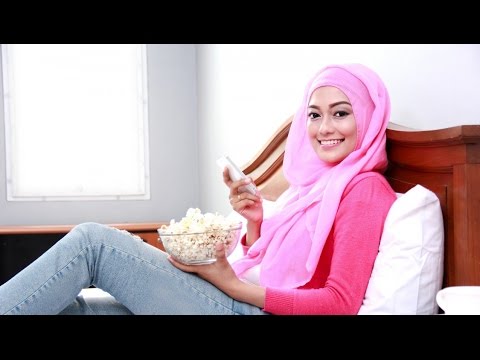 Misogynists have spun the old trope that what women wear is somehow the cause of what men do time and time again. But thanks to the Air Force, Muslim women are now getting a disturbingly refreshing take on the subject.

There lies the gross generalization: Women like me who wear hijabs are terrorists.

I think some editor may have missed an error in the subtitle of this report — namely the part that suggests this claim has anything to do with “science.” Indeed, in a preface, the report’s editor hailed the document as “more relevant than ever.”

I’m always incredulous when I hear a powerful man tell a group of other powerful men that they’ll all be safer if more women just take off their clothes. But exalting testimonials from high-ranking military officials are featured prominently on Hamid’s website, so I’m willing to test the theory.

Thus, in the interest of science, I have some questions about a few things that must not have come up during his “research.”

I don’t wear a hijab every day, but I usually wear one on my way to the mosque on Fridays. Will I only end up on a no-fly list at the end of the week, then? Do I only count as a “passive terrorist” during those times when I choose to cover my hair and wear loose clothing?

Alternately, am I revered as a peacemaker on the days when I let my locks flow free and I put on skinny jeans? How can I tell when I’ll be targeted for looking “too Muslim”?

Since this is a scientific paper, we should test other variables too.

For example, are Christian nuns — who may hold conservative values and cover their bodies — also to blame for violent extremism? What does the “science” say on head-to-toe covering in different religions? Is it only Muslim women whose modest dress conjures up uncontrollable, testosterone-infused rage in men?

I won’t hold my breath waiting for the answers.

Wearing a hijab means something different to each woman. It’s a very personal decision that has absolutely nothing to do with whether our male counterparts will strap on a suicide vest.

But more to the point, claims like Hamid’s aren’t just offensive to women. They let the U.S. government itself off the hook for foreign policies — like invasions, drone strikes, arms sales to oppressive regimes, and military interventionism in the Muslim world — that play a much bigger role in driving terrorism than what a woman chooses to wear on her head.

I find it a little hard to believe that if I stop wearing my hijab on Eid [Muslim Holy Day], those men who have seen their homes destroyed, weddings bombed, and refugee children drowned as a result of U.S. militarism will feel less inclined to return the favor.

Domenica Ghanem is a communications assistant at the Institute for Policy Studies.

LipTV2: ” Hijab is “Passive Terrorism” According to US Military”