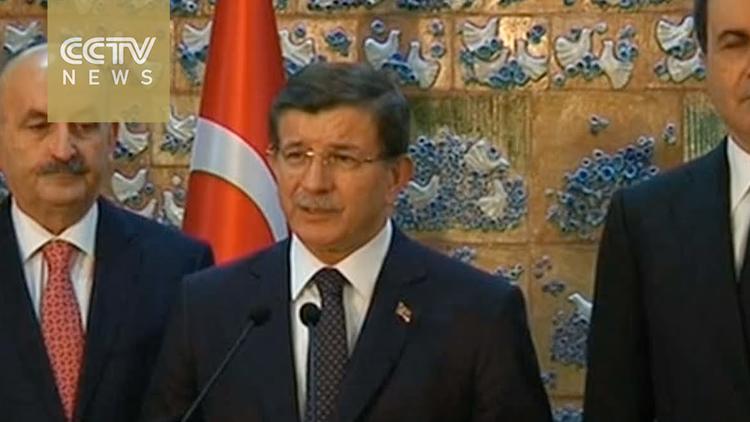 Hours after Ankara was rocked by the second bomb attack in less than three weeks, killing at least 37 people and injuring 70 others, Turkish jets bombed PKK bases in the Qandil mountains deep inside the Kurdish region of Iraq.

Turkish security officials told reporters that two suspects in the bombing had ties to the Kurdistan Workers party (PKK) – although it is not yet clear whether one of the attackers whose body is said to have been found at the scene is either of these people.

But the fact that responsibility for the bomb attack in the Turkish capital on February 17 was claimed by the militant group TAK (Kurdistan Freedom Falcons) has clearly increased government suspicion that the same Kurdish group is behind this attack.

The official line in Turkey is that the TAK is an affiliate of the PKK – and so eventual responsibility lies with them. The PKK has always denied its affiliation with TAK – but, in any case, Turkey considers the group to be the main Kurdish threat and the Kurdish question to be the biggest problem for state security.

Despite this, it’s worth exploring the identities and motivations of the different players in what is clearly a complex and increasingly violent security situation in Turkey.

The PKK’s origin dates back to the early 1970s student radicalism in Ankara but it was formally established in Diyarbakir in 1978. It defined itself as a national liberation movement and fought a guerrilla campaign in the rural areas of the Kurdish regions of Turkey between 1984 and 1999. The conflict has cost the lives of 45,000 people and caused huge socio-economic devastation in the region.

The PKK has been the dominant Kurdish organisation in Turkey since the early 1980s. Its founding leader Abdullah Öcalan has been serving a life sentence in a Turkish prison since 1999, but he remains the main figure in the movement and, as such, was involved in a peace dialogue with the Turkish government. In his absence, the group is spearheaded by a collective leadership based in its headquarters in the Qandil mountains.

Currently, the PKK advocates the recognition of Kurdish identity in Turkey and autonomy and language rights for the Kurds.

There was a significant reduction in PKK violence after Öcalan’s 1999 arrest brought about a significant ideological transformation. But it continues to have a 5,000-strong guerrilla force in the field and has carried out many attacks against state security forces in the past decade, including roadside bombs and ambushes.

There have also been extended periods in the conflict in which the PKK ceased violence – including nearly two-and-a-half years between January 2013 and June 2015 during which there was a moratorium against guerrilla activities in an attempt to help peace negotiations.

The PKK says it is committed to finding a peaceful solution to the conflict and will end its violent campaign permanently only if there is significant progress made in peace negotiations.

There is very little knowledge available publicly about the TAK’s organisational structure and membership but it has carried out attacks in various parts of western Turkey in the past decade, mainly targeting the security forces and Turkey’s tourism industry. Its first attack took place in July 2005 in the holiday resort of Kusadasi on Turkey’s Aegean Coast, killing five people. TAK has carried out a number of other attacks that have also resulted in civilian casualties, including the roadside bomb blast in Istanbul that killed four soldiers in 2010 and the February 17 Ankara bombing.

The state claims the TAK to be affiliated to the PKK. In turn, the PKK denies the association, claiming TAK is comprised of former PKK militants who left the movement because they advocated the use of more violent force against the state.

Whether it was TAK or PKK behind the March 13 bomb in Ankara, it suggests that Kurdish militants are responding to the state’s military operations in Kurdistan by targeting Turkey’s urban centres. This is likely to escalate the struggle into an increasingly violent armed conflict.

Ground operations by the Turkish military, in urban Kurdish majority areas in the south-east of Turkey, ostensibly to target militants, appear to have been the trigger for the TAK’s attack in Ankara in February. These have been ongoing in the past six months and have caused great destruction as well as anxiety in the Kurdish community.

Army operations in the past three months have focused on the Sur district of Diyarbakir, where authorities reported 279 militants had been killed, and in Cizre – where the town was devastated with the loss of hundreds of lives and the displacement of much of the population. This attack on Cizre was cited by TAK as the main reason for its attack last month.

The state’s heavy-handed approach, which has inevitably included the deaths of many civilians has given rise to accusations of targeting non-combatants – and has caused significant disillusionment among the Kurds. It certainly hasn’t helped the peace process and is likely to further radicalise a significant section of the Kurdish society.

Things started to spiral downhill when Kurdish enclaves came under attack from Turkish military, ostensibly as part of the war against the Islamic State. It seems likely that things will continue to deteriorate. On March 13, the army announced its plan to carry out military operations in the south-eastern towns of Yüksekova, Nusaybin and Sirnak, declaring curfews and moving in troops and materiel.

Of course, the continuing conflict in Syria and international confusion over who is fighting who is fanning the flames of this tension. It seems unlikely that Turkish central government will be either willing – or able – to seek a lasting solution to this bloody and long-running conflict.

So brace for further attacks on Turkey’s major centres of population. The tragedy is that the more regular these become, the more polarised civil society will become in the country. The prospect of communal violence against minority Kurdish populations in parts of Turkey is growing more likely and an end to the conflict seems further away than ever.