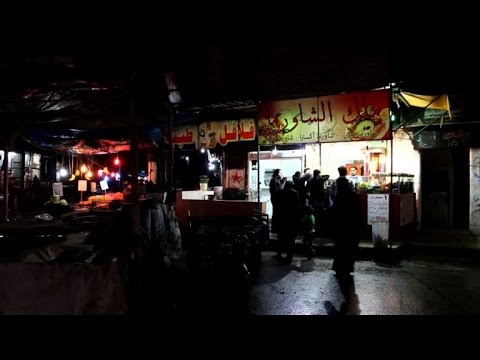 The media keeps saying that the West isn’t involved in Syria. This isn’t true.

“The sinister fact about literary censorship in England is that it is largely voluntary”, George Orwell noted in his censored preface to his 1945 book Animal Farm. “Unpopular ideas can be silenced, and inconvenient facts kept dark, without the need for any official ban”. Orwell went onto explain that “at any given moment there is an orthodoxy, a body of ideas which it is assumed that all right-thinking people will accept without question. It is not exactly forbidden to say this, that or the other, but it is ‘not done’ to say it”.

The corporate media’s ‘coverage’ of Syria adds a twist to Orwell’s dictum – inconvenient reports and facts do occasionally appear in respected newspapers and on popular news programmes but they are invariably ignored, decontextualised or not followed up on. Rather than informing the historical record, public opinion and government policy these snippets of essential information are effectively thrown down the memory hole.

Instead the public is fed a steady diet of simplistic, Western-friendly propaganda, a key strand of which is that the US has, as Channel 4 News’s Paul Mason blindly asserted in January 2016, “stood aloof from the Syrian conflict”. This deeply ingrained ignorance was taken to comical lengths when Mason’s Channel 4 News colleague Cathy Newman interviewed the former senior US State Department official Anne-Marie Slaughter, with both women agreeing the US had not armed the insurgency in Syria.

In the real world the US has been helping to arm the insurgency since 2012, with US officials telling the Washington Post in last year that the CIA’s $1bn programme had trained and equipped 10,000 rebel fighters. “From the moment the CIA operation was started, Saudi money supported it”, notes the New York Times. According to the former American Ambassador to Syria, the US “has looked the other way” while fighters it has backed have “coordinated in military operations” with the Al-Nusra Front, Al-Qaeda’s official affiliate in Syria. The UK, of course, has obediently followed its master into the gates of hell, with the former UK Ambassador to Syria recently explaining the UK has made things worse by fuelling the conflict in Syria.

And if they are not playing down the West’s interference in Syria, journalists and their political masters are presenting Western actions as having benign, peaceful motives. For example, in his official response to the Foreign Affairs Select Committee report on UK military action in Syria, British Prime Minister David Cameron argued “since the start of the crisis the UK has worked for a political solution in Syria”. The Guardian’s foreign affairs specialist Simon Tisdall echoed this idea of the West’s “basic benevolence” in 2013 when he noted in passing that President Obama “cannot count on Russian support to fix Syria”.

Compare, this propagandistic framing with what Andrew Mitchell, the former British Secretary of State for International Development, had to say about the West’s role in the 2012 United Nations peace plans on the BBC Today Programme earlier this month:

“Kofi Annan, the very distinguished former General Secretary of the United Nations, came forward with his plan, asked by the UN General-Secretary to do so. Part of that plan was to say that [Syrian President Bashar] Assad is part of the problem here and, therefore, by definition, is part of the solution, and therefore he must be included in negotiations. And that was vetoed by the Americans and, alas, by the British Government too.”

Mitchell’s astonishing revelation is backed up by two highly respected Middle East experts. In September 2015 Avi Shlaim, Professor Emeritus of International Relations at Oxford University, noted that Western insistence that Assad must step down sabotaged Annan’s efforts to set up a peace deal and forced his resignation. Professor Hugh Roberts, the former Director of the North Africa Project at the International Crisis Group, concurs, writing “the Western powers… sabotaged the efforts of the UN special envoys, Kofi Annan and then Lakhdar Brahimi, to broker a political compromise that would have ended the fighting”. Indeed, the US Secretary of State himself conceded this reality when he recently noted that demanding Assad’s departure up front in the peace process was “in fact, prolonging the war.”

A quick survey of recent history shows this warmongering isn’t an unfortunate one-off but a longstanding US policy of blocking peace initiatives in times of conflict.

In 1999 the US used Serbia’s rejection of the Rambouillet Agreement to justify its 78-day bombing campaign. However, the proposed agreement included the military occupation and political control of Kosovo by NATO, and gave NATO the right to occupy of the rest of Yugoslavia. It was a document “that no sovereign country on earth would have signed”, reporter Jeremy Scahill noted.

Two years later as the US geared up to bomb and invade Afghanistan, the Taliban raised the idea of handing over Osama bin Laden if the US produced evidence of his involvement in the attack on 9/11. According to the New York Times “the White House quickly rejected the move” because “it did not ‘meet American requirements’ that Afghanistan immediately hand over the prime suspect in the attacks on the World Trade Center and the Pentagon”

Several months into the 2003 Iraq War, the Guardian reported that “in the few weeks before its fall, Iraq’s Ba’athist regime made a series of increasingly desperate peace offers to Washington, promising to hold elections and even to allow US troops to search for banned weapons.” Like Afghanistan, the Guardian noted “the advances were all rejected by the Bush administration, according to intermediaries involved in the talks.”

And finally, in January 2015 the Washington Times highlighted the various attempts made by the Libyan government to push for a negotiated settlement during the 2011 NATO intervention. Citing secret audio recordings between an intermediary working for the US Joint Chiefs of Staff and the Libyan government, the newspaper noted the head of the US African Command attempted to negotiate a truce but was ordered to stand down by Secretary of State Hillary Clinton’s State Department. This account resonates with other reports that show how NATO ignored peace initiatives coming from the Libyan Government and the African Union.

Of course, some or perhaps all of these peace overtures may have been disingenuous and/or unworkable. However, we will never know because they were never seriously considered or explored by the West in its rush to war.

Turning back to Syria, the facts clearly show the West, by blocking the UN’s peace initiative while continuing to arm the insurgency, played a key role in prolonging and escalating a conflict that has killed hundreds of thousands of people and led to a staggering 11 million refugees.

Of course, Russia and Iran, by backing the Assad Government, have also played a central role in prolonging and escalating the war but as a British citizen whose taxes fund the British government my primary concern is the actions of the UK and its allies. As Noam Chomsky has noted “You’re responsible for the predictable consequences of your actions. You’re not responsible for the predictable consequences of somebody else’s actions.”

Roberts clearly understands what the predictable consequences of the US and UK actions in Syria have been: “Western policy has been a disgrace and Britain’s contribution to it should be a matter of national shame.”

As always, the government prefers to treat the public like mushrooms – keeping them in the dark and feeding them bullshit. And with our supposedly crusading, disputatious, stroppy and difficult fourth estate unable or unwilling to report basic facts and to connect some very simple dots, what chance does the general public have of ever gaining even a basic understanding of what the West is doing in Syria?