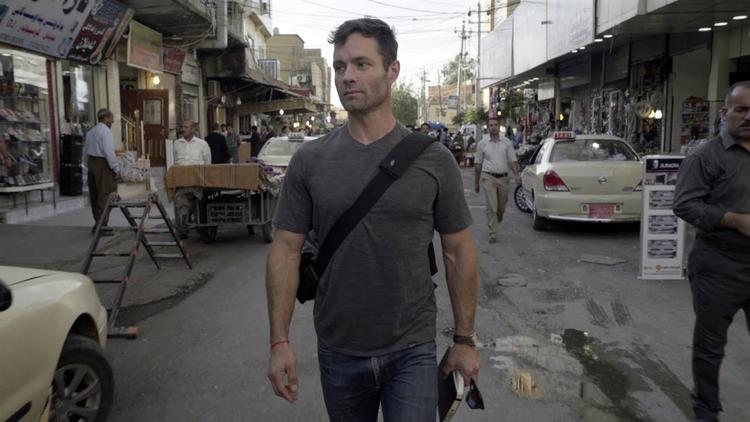 Everyone wants to die for Allah. We all want to live the best life in the hereafter and we want to make it to the top of the seven levels of Jannah – heaven.

So thinks a young “anonymous Islamic State supporter” who was friends with the Australian Muslim teenager who murdered a police worker in Sydney before he was shot dead. Perhaps this kind of mantra also resonated in the minds of the Islamic State (IS) killers who carried out the 2015 massacres in Paris.

Many politicians and public intellectuals have called these murderers “nihilists”. This betrays a typically secularist way of thinking about religion. It assumes that eternal life does not exist and that the aspiration to an eternal life is nonsensical, such that killing in the name of a paradisiacal life must mean killing for the sake of “nothing”.

Anthropologist Clive Kessler recently put forward another typical Weberian reading of political Islam where the prophet is a religious leader whose message is later politicised by other forces.

But what if this is not the case? Everything changes if you underscore that the prophet is a constitution-giver, not a founder of a “religion”. In a political context, this perspective allows us to interpret prophetic religions democratically and philosophically, rather than theologically and juridically.

The question then becomes: what kind of public discourse is appropriate to counter the jihadist’s chosen path? How does one address the desire for “eternal life” that seems to motivate their willingness to sacrifice human life?

Should one respond that the “true” teachings of all religions preach “love of the neighbour” or “love of the stranger”, rather than the jihadist “hatred of the enemy”, as the straightest road to salvation? Although this is, for the most part, correct, it fails to tackle the underlying issues of radicalisation and fundamentalism.

These religious teachings do not reconcile “love of the neighbour” with the political life of citizens. Instead, they teach that to exercise charity means to become a “good citizen” of another sublime kingdom, whose representatives on this earth are churches and priests or mosques and imams. In practice, this has always had the effect of politically dividing citizens and setting them against each other.

Can secular societies respond in other ways?

What if one were to take a different starting point? After all, the belief that eternal life exists is shared by the founders of the republican political thought that forms the basis of Western democracies.

It may be worthwhile to revisit another approach that the tradition of republicanism advocated: civil religion.

The “Anzac spirit” can be understood as a manifestation of civil religion. For many Australians, calling into question the sacrifice made by the young men and women in arms is to utter an impiety. Yet the Anzac is not part of any spiritual religion. Interestingly, the spirit of the Anzacs is not something that any political party or leader can appropriate for themselves alone without desecrating it.

Another example of civil religion is the faith billions on our planet share in the Universal Declaration of Human Rights as the international “democratic charter”. Our adherence to universal human rights has become something like a global civil faith.

The struggles for basic rights have their prophetic troops such as Médecins Sans Frontières and Amnesty International, along with individuals like Edward Snowden and the Chinese citizen who stood alone in front of a row of tanks in Tiananmen Square, as many have done in other public squares since.

Even before the emergence of liberalism, political thinkers like Machiavelli, Spinoza, Rousseau and Jefferson understood the need for a civil religion where love of thy neighbour and charity were embodied in republican institutions so that tolerance would effectively become the new “religion of the citizen”.

But how can this be possible? How can prophets like Moses, Jesus or Muhammad be given a republican interpretation? And, conversely, how can the political virtues of Greek and Roman republics be harnessed towards the egalitarian and cosmopolitan ends voiced by true prophets?

Machiavelli’s solution was a new interpretation of the figure of the prophet. The prophet’s role was not to found a new church or empire, but to bring to his people a constitution that guarantees that power shall remain in the hands of the people, not their spiritual or worldly representatives. Hence, a civil religion is a philosophical idea of religion that allows us to interpret prophetic religions in a way that is supportive of republican constitutions.

The first person to have this idea may have been Al-Farabi, a 10th-century Muslim philosopher. His fundamental thought was that the prophet was both a legislator and a philosopher, rather than a theologian or a political leader.

Prophets are legislators because they give their people a political constitution that brings them worldly happiness. Such constitutions are meant to bind the wills of the people and stand higher than any king, prince, priest or imam.

But the prophet is also a philosopher: legislation must be rational, oriented by the idea of the public good. As a product of a philosopher-legislator, the constitution will be based on political principles that are hypothetical in that they must be verified experimentally by the democratic life of peoples that they make possible.

Lastly, for Al-Farabi the true prophet is also a poetic genius. He must be able to communicate the wisdom of a free and equal political life in a way that is accessible to all future individuals regardless of their social or economic condition.

A religion of worldly happiness

At this point, some advocates of the liberal solution to the problem of religion will say: why can’t the state just be “neutral” with respect to the pursuit of salvation and happiness and leave it at that?

Certainly, governments must be neutral towards how individuals pursue their private happiness and salvation, but this is not the whole story.

Contemporary social science, for instance, has shown that unless inequality is kept within reasonable limits in a society, the freedom of all citizens – not just the poor – will begin to erode and ultimately vanish. The measure of inequality is a measure of public happiness, not a private one.

A similar argument can be made for adopting immigration policies that embody the spirit of cosmopolitan constitutionalism. For if one disrespects the natural rights of stateless peoples, one is cementing the dangerous illusion that the rights of citizens depend exclusively on obedience to their government.

According to the perspective of civil religion, the goal of governments should be the worldly public happiness of their people. This means that any politics or policy that demands sacrifice in this world to be compensated in some “beyond” is illegitimate.

While the idea of “worldly” happiness transcends the human order of things into the natural world, it never leaves our human existence in our human universe. The reality is that we are a part of nature; nature is not a part of us. Hence the God mentioned in the civil religion of the Declaration of Independence is called “Nature’s God”.

This means that modern natural science, which is the way we can come to know Nature’s God, has an important role to play in a republican civil religion. The civil-religious function of natural science is to uphold and defend the belief in the eternity of nature.

What does this belief have to do with the pursuit of public happiness and eternal life? Well, recent advances in the scientific study of the universe have suggested that nature, rather than being created out of nothing in a single event, is characterised by a rhythm of expanding and contracting parallel universes.

This civil religion of Nature’s God offers a scientifically and politically sound alternative to counter the interpretations of eternal life that spiritual religions offer.

If these scientific theories are correct, then one thing seems to follow: everything that did not happen to you in this world, everything that you regretted doing or omitting to do, everything that has led you to place your faith in “another” world, paradise or beyond, has happened to you not once, but countless times.

In a parallel existence, in some other version of this universe, which may or may not be this very life that you are now living, you have always been happy, you have always “made it to the top” – in fact, you are eternally there.

The idea of eternal recurrence may very well contain the deepest meaning of worldly happiness: if nature contains an infinite number of variations of you, the life you are living is neither the only one you shall ever live, nor is it a life for which you need to seek redemption by sacrificing your life or that of others.

This article is part of the Democracy Futures series, a joint global initiative with the Sydney Democracy Network. The project aims to stimulate fresh thinking about the many challenges facing democracies in the 21st century.

National Geographic: “Inside the Kurdish Ground War on ISIS | Explorer”