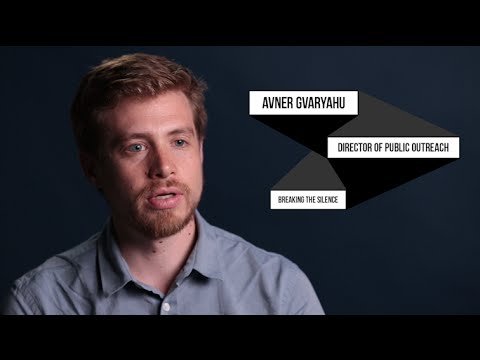 The PM launched the allegation shortly after Israel’s Channel 2 aired an investigative report based on video footage obtained by undercover members of right-wing NGO “Ad-Khan” that reportedly documented Breaking the Silence questioning members of the military on operational activities.
Israeli Defense Minister Moshe Yaalon, meanwhile, called for a criminal investigation against Breaking the Silence on accusations that the group collected sensitive classified information.

Israeli Foreign Minister Tzipi Hotovely, on social media, accused Breaking the Silence of “blackening the face of Israel to the world” and potentially damaging state security.

Breaking the Silence told Channel 2, in response to the allegations, that the organization works “carefully to publish only materials approved by the military censor.”

According to Ma’an, the group charged the right-wing government of attempting to silence Israeli citizens and members of the military who opposed the ongoing military occupation, pointing to the PM’s response as a cause for concern regarding the future of “democracy in Israel”.

The incident marks ongoing targeting, by right-wingers, of Breaking the Silence, which collects testimonies from Israeli veterans, in an effort to document every day life in occupied Palestinian territory and expose Israeli war crimes.

Ad-Kan, the group that collected the video footage in question, is a far-right Israeli group which “exposes” leftists and human rights activists in a self-described effort to protect “legitimization” of Israel as a state.

The group has placed moles in Breaking the Silence before to gather information on its activities. Ad-Kan in January attempted to vilify former Israeli Foreign Ministry director-general Alon Liel through video footage showing him voicing support of the group’s efforts to increase international pressure on Israel.

The ex-diplomat also praised members of Breaking the Silence as ”the most moral, wisest people who… were not brainwashed by right-wing messianic propaganda.” The footage eventually led to many Israeli officials to call for his dismissal last month.

Israel’s right-wing government in recent months has upped pressure on NGOs that aim to protect the human rights of Palestinians. The Knesset last month approved the first reading of the “NGO transparency bill,” denounced by critics as a move to delegitimize and weaken human rights organizations in Israel.

Israeli watchdog Peace Now responding to the passing of the first reading by saying the bill was “a violent and discriminatory act of public shaming against those criticizing the government.”

Voicing concern regarding freedom of speech, the group said in a statement: “Coercing specific civil society organizations to mention their funding sources in every possible occasion is no different in principle than the wearing of special badges.”

It continued: “To improve Israel’s image in the world, what’s needed is a change in policy rather than a crackdown on dissent.”