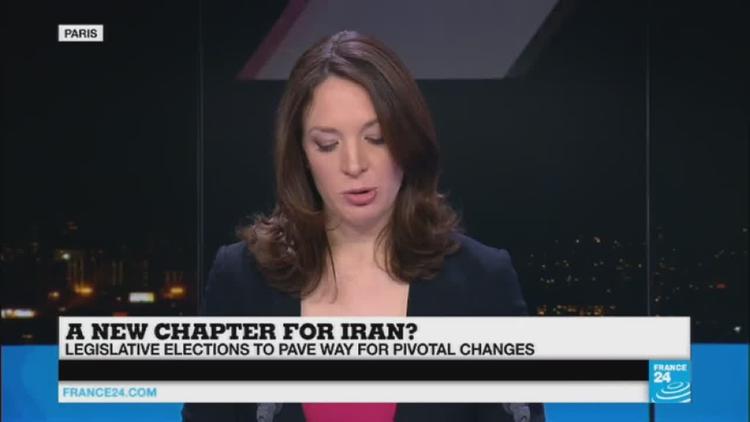 Iran's moderates and reformists have had nearly a week to celebrate their return from a decade of political marginalization in elections that recast the ranks of the parliament and the clerically dominated Assembly of Experts, which selects and oversees the supreme leader. But how much has really changed?

Here are nine things you should know about the results of the latest voting under Iran's tightly controlled, carefully vetted, political system.

Hard-Liners Were Dealt A Blow…

The results of the votes demonstrate a rejection of hard-line views and policies.

The message was particularly emphatic in the capital, where moderates won all 30 seats reserved for the parliament and 15 of 16 Tehran seats in the Assembly of Experts.

"Tehran is the political hub and the definitive center of power," says analyst Saeed Barzin, highlighting the psychological blow.

"People didn't trust those who don't value their vote and opinions, they voted for the opposite side," the popular news site Asriran.com argued on March 1.

"The election results were surely a big victory for moderate forces and a terrifying failure for hard-liners," Saeed Laylaz, an economist who advised former reformist President Mohammad Khatami, told the Financial Times.

…But They're Not Gone

Despite the embarrassing defeat in Tehran, hard-liners reportedly won 78 races for the 290-seat parliament. Moderate forces have so far been declared winners in 83 races and independents 60. The fate of a further 69 seats will be decided in run-offs expected in April.

Hard-liners remain in charge of powerful state bodies, including the judiciary and the Islamic Revolutionary Guards Corps (IRGC) that are so actively involved in state repression. Those powerful bodies are unlikely to veer in the near future from their course of repression.

And while some reports question the health of the staunchly conservative and anti-Western supreme leader, 76-year-old Ali Khamenei, he continues to have the final say in Iran's religious and political affairs.

Reformists Are Not Back

The reformist gains are a boost for the pro-reform camp that was able to reconnect with voters. But it doesn't mean that Iran is seeing a reemergence of the reformist movement that rose to prominence with the 1997 election of Mohammad Khatami as president.

Many of the reformist camp's most prominent figures were disqualified from these elections. The reformists responded with a so-called List of Hope — an alliance of reformists, moderate conservatives, and pragmatists supportive of the relative moderate who swept into the presidency in 2013, Hassan Rohani. Rohani has called publicly for greater rights for women, "the right to think freely" for Iranians in "their private lives," and greater Iranian diplomatic engagement with the world, although his progress has been confined to the last of those areas, most notably through the nuclear deal reached with world powers in July.

But Washington-based political analyst Ali Afshari says the reformists elected to parliament in these elections have a "weak" reformist agenda, suggesting they're not supportive of some of the reformist's more liberal and pro-democracy demands.

"It's not clear, after entering the parliament and facing pressure and threats from the establishment, to what extent they will remain firm on their stances," Afshari tells RFE/RL.

For instance, one reformist lawmaker-elect quickly came under pressure over a quote that appeared after the vote suggesting that women should be allowed to choose whether or not they want to wear the hijab, the Islamic head scarf. Parvaneh Salahshuri reportedly made the comment in a February 29 interview with Italian journalist Viviana Mazza but, following hard-line criticism, said that her comments had been "misunderstood." In an interview with the hard-line Tasnim news agency, Salahshuri said while there could be differences in the way the wearing of the hijab is enforced, "there is no doubt that it should be observed." Tasnim quoted her as saying that she "apologizes "and understands "the sensitivities" regarding the issue.

The hard-liners appear to have lost their dominance in the parliament, where they have openly challenged Rohani's outreach efforts, including the nuclear deal and other engagement with the international community, as well as social policies they deem too liberal.

London-based analyst Barzin even speculates that the incoming parliament is likely to be controlled by pro-Rohani forces.

"The parliament will be split almost evenly between a pro-government camp, the [right-wing] principlists, and the independents. Each bloc has about 25 percent of the seats. Some 25 percent of the seats have gone to [run-offs in] the second round, and will probably again split between the three trends," Barzin says.

A more cooperative parliament could make it easier for Rohani to advance his economic agenda, pave the way for foreign investment, and bring modest social changes.

Iran's role in Syria, where the IRGC is supporting the regime of Syrian President Bashar al-Assad, is unlikely to change as the results of these elections.

On the other hand, analyst Barzin says the moderate win in parliament could positively affect Iran's ties with regional rival Saudi Arabia by empowering Rohani. The Saudis broke their ties with Iran after an attack by hard-liners on the Saudi Embassy in Tehran, which itself followed the execution of a Shi'ite cleric accused of violent extremism, Nimr Al-Nimr, a move that was strongly condemned by Iranian officials.

With greater support at home, Rohani and his foreign minister, Mohammad Javad Zarif, will be in a stronger negotiating position for outreach efforts that have been criticized by hard-liners, argues Barzin.

"A stronger government should mean the possibility of [a] greater approach [to] a political solution [to] the crisis in relations with Saudi Arabia," says Barzin.

Despite Appearances, There's No Seismic Shift In The Assembly

The elimination from the Assembly of Experts of current Chairman Yazdi and the hawkish theologian Mesbah Yazdi is significant.

Farzan Sabet, a nuclear security fellow at Stanford University and managing editor of a website, IranPolitik.com, which focuses on Iranian politics, says hard-line defeats there are "a win for those who wanted a more moderate assembly."

Yet the assembly's composition doesn't appear to have undergone major changes, although it is perhaps too soon to tell.

"We don't fully understand what kind of new assembly we are looking at," Sabet says.

And anyways, Sabet adds, the results of any major shift "would mainly be seen in a potential future supreme-leader transition, rather than in the short term."

Analyst Ashfari cautions that "the majority of seats are still controlled by the hard-liners, those [on the list] of the influential Qom Society of Seminary Teachers, and those loyal to [Supreme Leader Ayatollah] Khamenei."

The reformist former President Mohammad Khatami (1997-2005) remains popular despite a media and public-speaking ban and and his failure to achieve many of his stated reform goals. He has been given credit for much of the support that reformist and moderate forces received in these elections, partly the result of a YouTube clip encouraging his supporters to vote for candidates from the "List Of Hope."

Tehran-based professor Sadegh Zibakalam noted that some of those elected to parliament from Tehran are relative unknowns deeply indebted to Khatami for their victory. "This shows the depth of people's trust in the senior figures of the reformist movement," Zibakalam said in the Iranian daily Arman on February 28.

Speaking on state-controlled television on March 1, moderate conservative lawmaker Ali Motahari (who won reelection from Tehran) said the long-running media ban on Khatami had resulted in the opposite of its intended effect. "Those who enforced the ban on Khatami did so to prevent him from influencing the elections. But we saw that this policy resulted in [Khatami] having a greater influence."

Elections Are Seen As The Only Option For Change

Many Iranians want to see a stronger economy, more jobs, good ties with Western countries, and more freedom. Rohani's election to the presidency three years ago and last week's gains by relative moderates highlight those desires.

The 63 percent turnout last week suggests that despite the heavily restricted nature of the Iranian elections and the sharply disputed reelection of Ahmadinejad in 2009 and subsequent crackdown, many Iranians still believe the ballot box is the only option to achieve gradual change in the Islamic republic. Some of last week's voters have said they cast their ballots knowing that the elections were not free but rather a choice between bad and worse.

The elections are seen as a victory for Rohani and the moderate forces that are supportive of last year's nuclear accord, under which Iran has significantly limited sensitive nuclear activities in exchange for sanctions relief.

But Rand Corporation senior analyst Alireza Nader noted that they are also a win for Khamenei, who had urged even those who don't approve of him to vote. Nader said in a March 2 analysis that the sizable turnout "eases Khamenei's fear of his regime losing legitimacy in the face of economic malaise and popular dissatisfaction."

He added, citing popular disillusionment from 2009 election and the Green Movement whose leaders were subsequently put under house arrest: "Khamenei's concerns are framed by the massive 2009 Green uprising that shook the Iranian regime to its core. [Rohani's] presidency, the nuclear agreement, a slight improvement in the economy, and Iran's reduced international isolation and improved regional position have made the regime much more stable since 2009. And the recent elections add to this momentum."