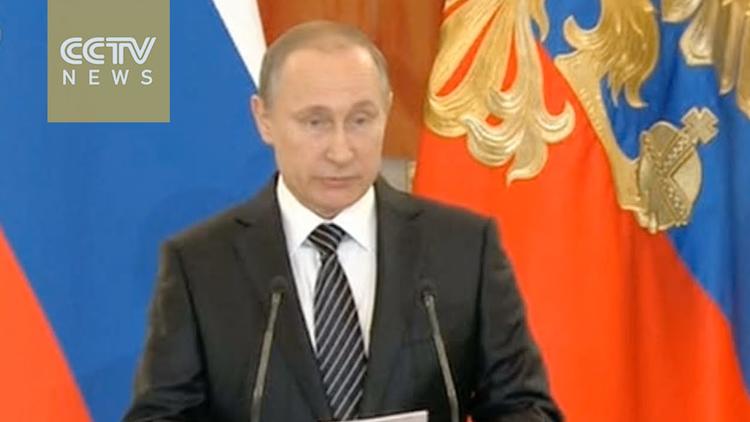 As Russian warplanes continued their partial withdrawal from Syria two days after President Vladimir Putin unexpectedly announced that Moscow's objectives in the country had been "generally accomplished," observers debated how the move changes the situation in the volatile region.

Russian analysts are divided on what those goals really were and whether Putin has achieved them.

Andrei Piontkovsky told RFE/RL's Russian Service that he got the impression from the televised meeting between Putin, Foreign Minister Sergei Lavrov, and Defense Minister Sergei Shoigu at which the drawdown was announced that the decision "was unexpected even for the leaders themselves."

"Anyone who saw the nine-minute clip of our leaders…was struck by the depressed, dispirited awkwardness of their conversation," Piontkovsky said. "It was clear that it was some sort of unprepared improvisation."

Moreover, he added, the meeting undermined months of Russian state media work to convince Russians that the reason for the intervention in Syria was to destroy terrorism abroad so that it won't extend its reach into Russia itself.

"How are we now going to encounter on foreign shores the remaining thousands of [Islamic State] fighters? The entire false, lying myth of the supposed goals of the war were simply negated in the space of nine minutes."

Pavel Felgenhauer says that the drawdown was a "brilliant tactical move" on Putin's part. Putin has been able to frame a partial withdrawal — about 10 percent of Russia's military assets in the country, mostly warplanes that can be returned to Syria in just hours — as a victorious end to a limited, focused military campaign.

He says that Russia needed to do something to protect its warplanes at the recently expanded air base in Syria's Latakia Province as the local sandstorm season gets under way.

"It really is a brilliant move to call something by another name," he added. "It is as if it started to rain and we announced a program to clean the city. And it was done very skillfully because really everyone has been stunned and people are convinced that we really are leaving Syria."

In a March 15 analysis on Slon.ru, Vladimir Frolov suggests that Moscow now thinks the partition of Syria — with Assad or an Alawite ally retaining control over the coastal regions — would be an acceptable outcome to the Syrian crisis. "In the event of an emergency, [that region] would be easier to control and defend."

Frolov says that the most important political goal of Russia's Syria operation was the reestablishment of the former geopolitical parity between Russia and the United States that was the norm in Soviet times.

In a blog post on March 16, Milov wrote that Russia is more committed to keeping Syrian President Bashar al-Assad or someone close to him in power than ever before. After Russia's nearly six-month campaign of air strikes, any opposition-controlled Syrian government would certainly be strongly anti-Russian. He says that, if Putin allows Assad to be ousted, then the whole operation in Syria and all its negative consequences including the rupture in relations with Turkey would be pointless.

Milov also cites an interview that Saudi Arabia's foreign minister gave to German media in which he said his government was considering supplying surface-to-air missiles to anti-Assad forces as a possible motive for Russia to stop its air campaign as the peace talks in Geneva begin.

Writing in The New Times, analyst Leonid Radzikhovsky said Putin's decision to draw down forces in Syria demonstrates Moscow's ability to act geopolitically "without consulting or agreeing with anyone else."

"Other countries can't do this," he writes. "They require time-consuming processes of reaching consensus within the United Nations or other structures. Russia, on the other hand, decided to go in and went in, decided to pull out and pulled out."

It is hard to tell whether Russia has bolstered its international influence, but it has demonstrated that it is "a capricious and unpredictable player."

"The incredible frivolousness with which Putin entered the conflict in Syria and then left it speaks of the extreme lack of seriousness and capriciousness of the whole mission," he concludes. "No one has any idea what Russia was looking for in Syria. It was a geopolitical caprice that cannot be subjected to logic."

He adds, however, that ending the campaign in Syria could be part of Russia's strategy on a crucial issue — the price of oil. Iran has flatly rejected Russia's overtures to agree on production cuts. By reducing its support for Assad, Russia could be paving the way for talks on the topic with Saudi Arabia, the main financial backer of the anti-Assad opposition.

Speaking on Business FM radio on March 15, Georgy Bovt said that Russia's main goal in Syria was "to overcome its international isolation that resulted from the Ukraine crisis."

"And that was achieved fully," Bovt concluded. "Russia's return to big politics has happened."