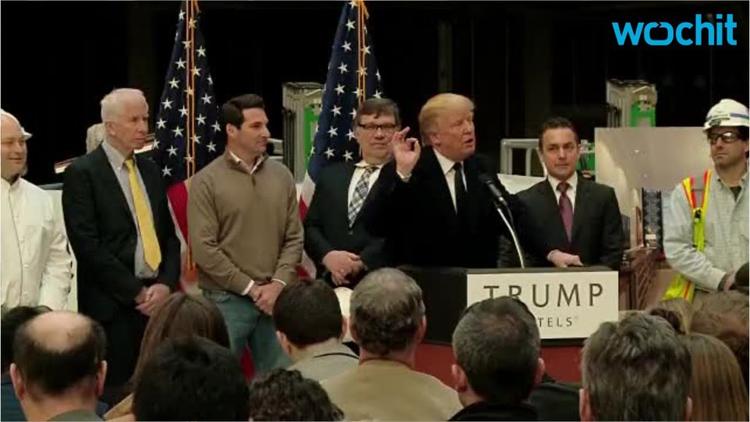 It is no accident that Daesh (ISIS, ISIL) is using Donald Trump in its new recruitment video. Although Trump hasn’t killed anyone to our knowledge and can’t be compared to Daesh in most ways, his political strategy actually mirrors that of the phony caliphate in some ways.

As my colleague Scot Atran explained this week, Daesh just has a few tactical principles:

1. Where there is social chaos already, exploit it to cause more chaos and drive people to your side (e.g. Somalia)

2. Where there is calm, find spaces for the creation of chaos (e.g. unsuspecting cities like Paris and Brussels)

3. Use viciousness or “beastliness” (idarat al-tawahhush) to polarize populations. Most Muslims are on the fence or perfectly happy in secular societies. They are in a “gray zone.” Drive them into the arms of extremism either by attracting them with spectacles of power or by scaring them or by scaring non-Muslims into attacking them.

The urgency of this strategy has increased as Daesh’s fortunes on the battlefield in the dusty hinterlands of Syria and Iraq have spiraled down. Syrian troops are at the gates of Palmyra and on the cusp of driving Daesh out of it. Russian aircraft are bombing Daesh convoys and positions in Palmyra and near Aleppo, cutting supply lines. Syrian Kurdish troops allied with Arab fighters have taken vast territory from Daesh in al-Raqqa and left its capital exposed. In Iraq, Tikrit and Ramadi have fallen. Kurdish Peshmerga have retaken Sinjar and begun cutting supply lines between al-Raqqa and Mosul. Local Arab tribes are revolting in Fallujah, and the Iraqi military has announced the beginning of a long campaign to take Mosul.

My old firm Jane’s has put together a nice map here. ISIS lost 22% of its territory in 2015 pic.twitter.com/OXkUjBo56L

As Daesh loses territory and is demoted from stateness, it will return to just being a dreary terrorist organization.

The radical attacks in Paris and in Brussels in the past two years didn’t target Paris or Brussels. That is why the terrorists chose soft targets. You can’t really inflict security damage on France by hitting a Cambodian restaurant or a concert hall. Note that they did not target French military bases or police units, and despite the big NATO presence in Brussels, they left the security facilities alone and hit random passengers and subway commuters.

Their target is Muslims in the gray zone, whom they want to force to flee to al-Raqqa in Syria and Mosul in Iraq so as to bump up their failing pirate ‘state.’ These terrorist attacks are recruitment drives.

Counter-terrorism therefore in this case would involve counteracting Daesh polarization and spread of hatred. The only way to impede their attempt at radicalizing Muslims is to reach out to Muslims with love. Most political analysts don’t talk in terms of emotions like love and fear, but actually they are at the foundation of politics. In the case of Brussels, municipal policies that gave a sense of pride and dignity to inhabitants of the poorer quarters of the city, and economic policies of attracting factory and other jobs into those areas, would be important manifestations of that kind of public policy love.

US politicians such as Donald Trump and Ted Cruz who are trying to get ahead by polarizing American society and fearmongering just cannot resist jumping on the Daesh train and joining in with the attack on the gray zone. They not want, any more than Abu Bakr al-Baghdadi, even-handed people who see several sides of an issue. They wan’t “you’re with us or against us.”

If you take out mass violence, moreover, it is fairly easy to see that Trump himself uses the tactic of “beastliness” just as Daesh does. Where there is already chaos or conflict, he hypes it, as with his promise to kill innocent children related to terrorists or to torture people. Or he played on existing Islamophobia by proposing a Muslim exclusion act, which is both beastly and an attack on the gray zone.

He also throws verbal firebombs to stir up chaos where there was calm. He boasts that immigration was not even an issue in the presidential race until he made it one. But that is because immigration is not an issue. More Mexicans have been returning to Mexico from the US in recent years than coming here. Most immigrants are unusually law-abiding. Illegal immigration was a much bigger problem in the 1980s and 1990s and is now a relatively small one. Most immigrants don’t take jobs away from Americans already here: they do jobs other people don’t want to do. (Many small midwestern hamlets depending on ranching and small farming have become depopulated as the young people went off to Chicago, and some have only been kept going or revived by Mexican farm and ranch hands). But Trump tried to tag Mexican-Americans as rapists and drug dealers.