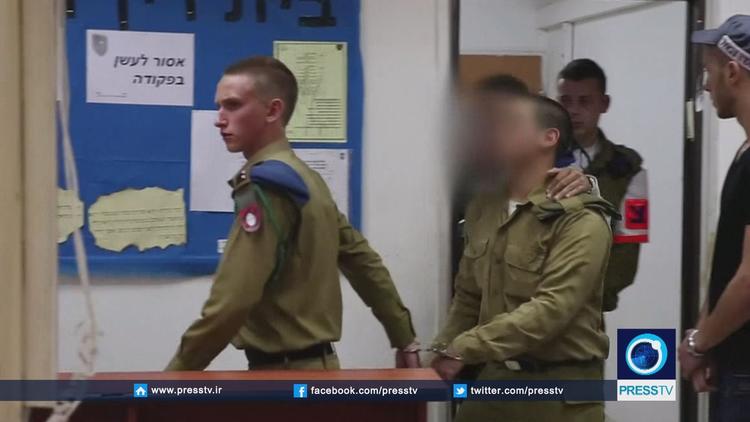 BETHLEHEM- (Ma’an) – The autopsy conducted on the body Abd al-Fatah al-Sharif on Sunday confirmed that the 21-year-old Palestinian was still alive before a bullet fired at his head at point-blank range by an Israeli soldier killed him, according to a statement from the Palestinian Prisoner’s Society.

Palestinian doctor Rayan al-Ali, who attended al-Sharif’s autopsy, said: “The results of the autopsy were expected. What the whole world saw on the video that documented the shooting was more than enough, but the autopsy results assured it.”

He added in his statement that he would hold a press conference on Monday to give further details about the results of the autopsy, which took place at the Israeli Institute for Forensic Medicine in Abu Kabir near Tel Aviv.

A court order by the Israeli Supreme Court Thursday denied an appeal to allow a Palestinian doctor to partake in the autopsy itself.

The court later granted permission for al-Ali to merely attend and take notes for the autopsy report of al-Sharif, whose killing by an Israeli soldier on March 24 has been branded by the UN as an “extrajudicial execution.”

A graphic video released by B’Tselem captured the moment the soldier stepped forward and shot al-Sharif in the head at point-blank range, after he had been gunned down and left lying on the ground severely wounded for several minutes.

According to Israeli media, the autopsy was conducted as part of an investigation being carried out by the Israeli public military prosecutor to determine if al-Sharif was killed by the initial gunshots that visibly incapacitated him or the final bullet that was fired at zero range.

The soldier has claimed he acted in self defense and is facing charges of manslaughter rather than murder as had been widely expected.

In the video, Israeli soldiers can be heard saying “this dog is still alive” in Hebrew, and the soldier who shot al-Sharif could also be heard saying, “this terrorist deserves to die.”

In an another moment caught on camera prior to the shooting an Israeli soldier is seen tying his shoelace near the wounded al-Sharif while Israeli settlers walk nearby, apparently belying the claim that he was perceived as a threat at the time he was killed.

The Israeli soldier was released into open detention on Friday in an Israeli military camp, after an appeal by the prosecution was denied to extend his remand for another five days.

The soldier is free to roam the camp and receive visits from his immediate family, which has reportedly happened frequently since Friday.

Before the autopsy was conducted, Israeli media reported that the lawyer for the Israeli soldier had said the results would have a major effect on the course of the case.

“We are concerned this killing may not be a lone incident,” UN High Commissioner for Human Rights, Rupert Colville said in a recent statement, adding that “all incidents where security forces have caused death or injury should be fully investigated, and those responsible brought to account.”

A number of Palestinian families signed a letter late last year demanding that families should be allotted time to request an official autopsy report on their dead relatives. Autopsy reports are used in official paperwork necessary to file cases against Israeli authorities at the International Criminal Court.

Families often request for a Palestinian doctor to be involved in the autopsy, as Palestinians have historically distrusted Israeli military investigations and the ability of Israeli authorities to conduct unbiased autopsies of Palestinians slain by Israeli forces.

The unrest has been marked by a surge of small-scale attacks carried out by Palestinian individuals — predominantly on Israeli military targets — which have left nearly 30 Israelis dead, with the majority of suspected Palestinian attackers shot dead on site.