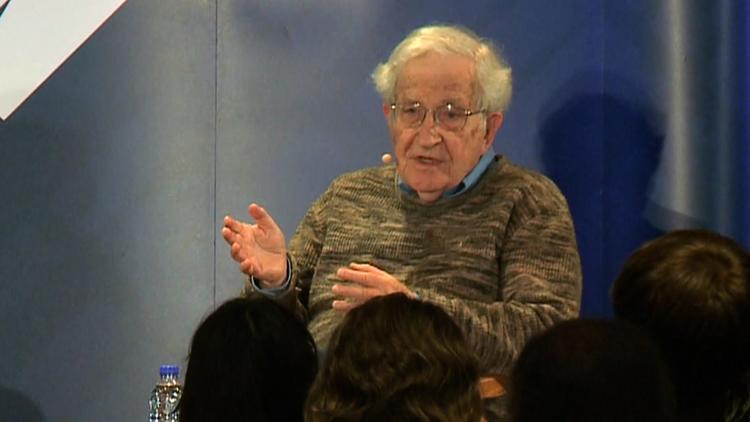 During a public event on Tuesday, renowned professor Noam Chomsky took time to reflect on the political impact of the Bernie Sanders’ presidential campaign.

Internationally renowned professor Noam Chomsky discussed the political impact of Democratic presidential candidate Bernie Sanders on Tuesday, saying that his policy proposals reflect “the positions of the majority of the American population.”

Chomsky said Sanders has “mobilized a large number of young people who are saying, ‘Look, we’re not going to consent anymore.’ If that turns into a continuing, organized, mobilized force, that could change the country—maybe not for this election, but in the longer term.”

“An interesting aspect of Sanders’s positions is that they’re quite strongly supported by the general public, and have been for a long time,” Chomsky stated during a live event hosted by the Brooklyn Public Library.

Chomsky went on to classify Sanders as more of a “New Deal Democrat” rather than a radical extremist, as some have described him, which he argued is indicative of “how far the (political) spectrum has shifted to the right” over the last several decades.

According to the revered academic, Sanders’ campaign platform would not have been considered controversial in previous moments of U.S. history, instead highlighting the fact that U.S. political sentiment “has moved so far to the right the contemporary Democrats are pretty much what used to be called moderate Republicans.”