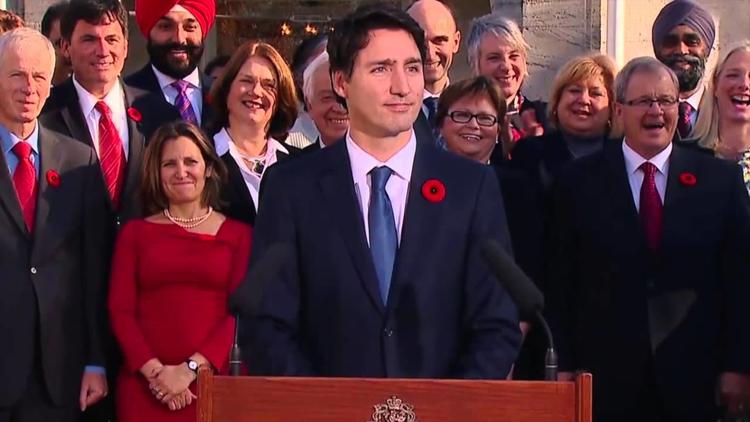 At a recent “Town Hall” debate Hillary Clinton announced that she would appoint a cabinet that is half female if she is elected president. When questioned by MSNBC host Rachel Maddow, Clinton pledged: “Well, I am going to have a cabinet that looks like America, and 50% of America is women, right?”

Given that Clinton is the Democrats’ almost-certain nominee and is given a healthy chance against any likely Republican contender – Trump in particular – 2017 could be the year that America inaugurates its first female president, and has its first gender-parity cabinet.

This would be a first for America. In total, of the 558 Americans who have served in the US cabinet since 1776, only 29 have been women. Just four of the 15 current cabinet secretaries are female.

Internationally, pre-election pledges for gender equality in the most powerful offices of state have become increasingly common. In 2004, Spanish prime ministerial hopeful Jose Luis Rodriguez Zapatero made this pledge before his election and went on to appoint Spain’s first gender-parity cabinet. Canadian Prime Minister Justin Trudeau famously pledged in 2015 that half of his cabinet would be female. He made good on that pledge, and when asked why, simply replied: “Because it’s 2015.”

Yet deploying cabinet appointments as electoral strategy is not just the province of the left. David Cameron also pledged in 2008 that one third of his cabinet ministers would be female by the end of his first term in office – and once he had control of all cabinet appointments in 2015, that standard was met.

But why has Clinton felt the need to join the fray? Clearly she feels the pressure to demonstrate her commitment to gender equality, so the particular politics of the 2016 race are at work here.

Clinton has struggled to win over young female progressive voters from self-proclaimed “democratic socialist” Bernie Sanders, and now his chances of winning are fading away, the pledge will fit well into her push to win them over for the general election.

However, Clinton has also felt this pressure simply because she’s a female candidate. Whereas she declined to allude explicitly to her gender for most of the 2008 campaign, Clinton has been clear about her perception of feminism, and has sought to use her female identity in her electoral strategy. Donald Trump and other Republicans have derided her use of the “woman card”, but she’s managed to turn it into a compliment.

There is also an important political contrast to be drawn here. It’s highly unlikely that we’ll see such a commitment from Trump or his principal Republican rival, Ted Cruz. Clinton, by contrast, isn’t just positioning herself as the “woman candidate”, she’s trying to set herself apart from the hard-line conservatism of her opponents.

Women’s representation in government has become an important measure of a leader’s attitudes to equality and diversity in representation more generally, and executive appointments all over the world are increasingly scrutinised for their gender balance. If enacted, Clinton’s pledge will also bring the US up to par with the aspirations of other countries’ party leaders, especially on the progressive side.

More than ever, party leaders, national media, and electorates expect that the cabinet will represent the gender balance of the nation, and whether the women appointed actually hold power equivalent to their male colleagues. (Just ask British Labour Party leader Jeremy Corbyn.)

So what are the numbers Clinton is looking at? A US president’s cabinet comprises the heads of 15 executive departments, the vice-president, and seven additional cabinet-rank positions. There has been speculation that Clinton will choose a female running mate, which would leave seven cabinet secretary positions to be allocated to women.

Clinton, herself only the third female secretary of state, will be conscious of the fact that the senate, whatever its makeup in January 2017, will have to approve all of her cabinet nominees. But there’s no shortage of competent female candidates for these roles, and with the increasing probability that the Democrats will take control of the senate once again, this should not be such a hurdle.

The real test isn’t just whether Clinton can keep her promise, but whether candidates in future elections find themselves under pressure to follow her lead. And now she’s gone on the record with her commitment, Clinton will certainly be held to account for it if she’s elected.