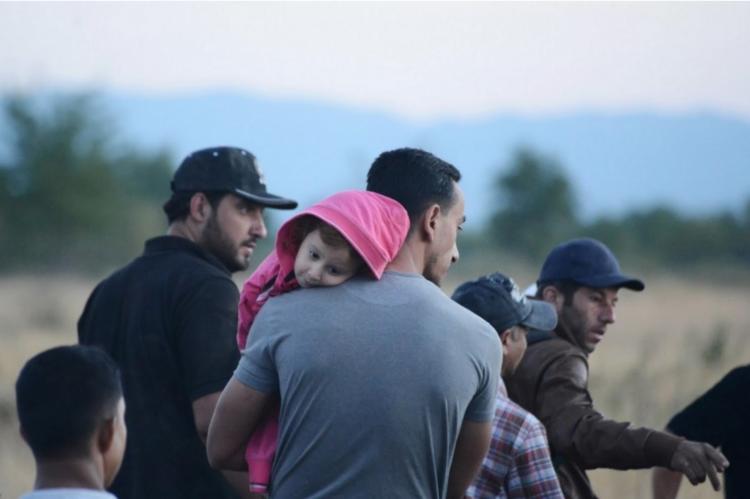 We have to be smart … We’re taking in people without real documentation. We don’t know where they are coming from … they could be ISIS-related.

Not to be outdone, Sen. Ted Cruz added:

We need to empower law enforcement to patrol and secure Muslim neighborhoods before they become radicalized.

The statements on the Brussels bombings amplified the responses of the GOP presidential candidates to the 2015 Paris attacks. Trump expressed the fear that our nation was at risk because resettlement could become a “Trojan Horse,” allowing violent terrorists easy entry. John Kasich was concerned about our national security being undermined.

These fears are shared by 31 of our nation’s governors and a majority of U.S. citizens.

But what are the chances that a refugee could move next door? And even if one did, what is the risk that he or she would turn out to be a terrorist?

Certainly the number of Syrian refugees who have fled their homeland is staggering. The UNHCR estimates that the civil war has created about 5 million refugees.

But the vast majority of refugees are not bound for the U.S.

Since November 2013, the UN has identified and referred about 26,500 Syrians for resettlement in the U.S. That is about 0.5 percent of the total number of Syrians who have fled their homeland and fewer than many other countries are set to receive.

Syrian refugees face intense scrutiny before they are allowed to enter the U.S. They are vetted in a process that can take up to 18 months. During this time, they are checked and interviewed by the Department of Homeland Security. The number of Syrians who have completed the review process and arrived in the U.S. is small.

How small? In 2014, the U.S. accepted just 132 Syrian refugees. That was comparable in numbers to Moldovan, Nepali and Russian refugees. It represents fewer than 0.2 percent of the 70,000 refugees who arrived legally in the U.S. following federal rules and was far fewer than the 292,540 refugees offered asylum by the EU in 2015.

The total number of Syrian refugees relocated to the U.S. totaled 2,174 through November 2015, according to the Office of Refugee Resettlement. That is a number so small as to be almost insignificant. The possibility that a Syrian family might become your neighbor is nearly zero. Syrian refugees represent fewer than 0.0007 percent of the nation’s population.

These agencies build upon personal connection to place Syrians as close as possible to family and people that they know. The fears voiced by Trump, Cruz and others are akin to playing a terror version of the game Six Degrees of Separation. The game is based on the belief that any two people on the Earth are no more than six acquaintances apart. In the terror version, we replace acquaintances with violence and assume our well being is under threat.

And yet, as the White House points out, not one Syrian refugee in the U.S. has been arrested or deported on terror related charges.

The Obama administration hopes to relocate 10,000 additional Syrian refugees in the coming year. This is a plan supported by Hillary Clinton and Bernie Sanders. Doubts raised by the GOP candidates may be working to slow even these modest goals.

To put this number into context, the Mariel boatlift resettled approximately 125,000 Cubans. And between 1975 and 1995, about 2 million Vietnamese refugees were relocated to the U.S.

Of course, some in the GOP hold views that differ from the candidates, recognizing that welcoming refugees robs ISIS and other groups of their portrayal of the U.S. as an uncaring, unkind place. As Utah Gov. Gary Herbert recently told NPR:

Adopting this attitude would allow us to focus on the concerns that we all share: the free and safe pursuit of happiness.