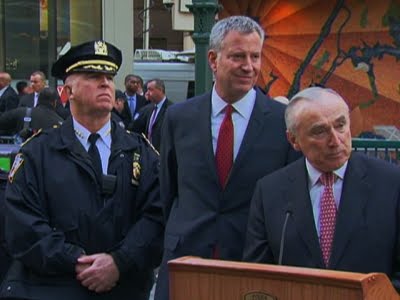 With his policies of bombing, bigotry and banning, Ted Cruz-ader fuels Islamophobia at home and promotes an anti-Muslim religious war abroad.

“We will carpet-bomb them into oblivion,” said Ted Cruz describing his “strategy” for defeating ISIL. By definition, this would include obliterating cities and towns. In case this malicious methodology doesn’t kill enough people, Cruz added with an insufferable sneer, “I don’t know if sand can glow in the dark, but we’re going to find out.” Earlier, he had reiterated the Vietnam era’s war crimes boast of “bombing them back to the stone age.” This militaristic bluster apparently appeals to frustrated Republicans who prefer to exterminate Muslims rather than deal with intractable complexities; but, this rhetoric ignores recent history in Iraq and Afghanistan, that shows indiscriminate killing of innocent civilians enrages the Muslim world, magnifies anti-American fervor and helps produce exponentially more terrorists.

As for fighting ISIL at home, Cruz recently proposed that the U.S. must “immediately halt the flow of refugees from countries with a significant al Qaida or ISIS presence, empower law enforcement to patrol and secure Muslim neighborhoods before they become radicalized and secure the southern border to prevent terrorist infiltration.” The latter notion resurrects an old, debunked right wing conspiracy theory that ISIL plans to infiltrate the U.S. across the Mexican border. Cruz repeats this lie to gin up anti-immigrant fervor by connecting it to fears of domestic terrorism. As a map shows, the southern border is very far from ISIL’s center of power and influence in Syria and Iraq. But that doesn’t matter to Cruz whose electoral interest is served by stoking GOP anxieties and then offering a simple-minded solution to a non-existent problem. Dismissing our humanitarian obligation to help refugees, Cruz further inflates those anxieties by exaggerating the scope of ISIL’s power and proposing a Trump-like ban on Muslims entering the U.S.

Beyond these noxious proposals, Cruz fuels Islamophobia by suggesting that religious discrimination against American Muslims, through police state tactics, will contribute to our fight against ISIL. As Robert Pape and Walker Gunning described in Informed Comment, this proposal won’t stop terrorism in the U.S. while it will inevitably alienate its Muslim population. Even New York City’s police commissioner William Bratton slammed Cruz for “knowing absolutely nothing about counterterrorism.” In a New York Daily News op-ed, Bratton said, “We do not ‘patrol and secure’ neighborhoods based on selective enforcement because of race or religion, nor will we use the police and an occupying force to intimidate a populace or a religion to appease the provocative chatter of politicians seeking to exploit fear.”

Dismissing such criticism as political correctness, Cruz insults Muslims at home and shows no interest in dealing with the complexities of radical extremism abroad. He relies on the simplistic “solutions” of bombing, bigotry and banning. Cruz frames the fight against international terrorists as a religious war of Christianity versus Islam. In an press release, he said, “ISIS right now is the face of evil. They’re crucifying Christians, they’re persecuting Christians.” If there’s any doubt about Cruz’s intentional promotion of anti-Muslim fervor and religious war, this is erased by looking at the fringe extremists on his foreign policy team.

One of his advisors is Frank Gaffney — a renowned conspiracy theorist and anti-Muslim crusader, accused by the Southern Poverty Law Center as being one of the nation’s leading Islamophobes. A fanatic birther, Gaffney has said, “Barack Hussein Obama would have to be considered America’s first Muslim president.” He runs the Center for Security Policy, an extremist think tank devoted to promoting his loony, bigoted ideas. Along with Gaffney, Cruz has hired three other members of this anti-Muslim hate-organization.

Among their paranoid fantasies of a Muslim take-over of the U.S., Gaffney and his group believe that the Muslim Brotherhood has infiltrated the Obama administration and that “creeping Shariah law is a dire threat to American democracy.” Gaffney hopes that a Cruz presidency would lead to the establishment of a “new and improved counterpart to the Cold War-era’s HUAC [House Un-American Activities Committee] and charge it with examining and rooting out anti-American activities” that Gaffney ties to pervasive Muslim control of government and civil institutions. When asked by CNN’s Wolf Blitzer about Gaffney, Cruz said, “Frank Gaffney is a serious thinker who has been focused on fighting jihadism across the globe.” Viewing diplomacy as weakness, these advisors support the belief that the deeply religious Christian evangelical Ted Cruz would – if elected – attempt to embark on a holy war in the Mideast while persecuting Muslims at home.

A filmmaker, journalist and author, Dan Dinello recently published Finding Fela: My Strange Journey to Meet the AfroBeat King  –  a memoir of a 1983 trip to Lagos, Nigeria, to film African musical legend Fela Kuti. He also wrote a well-received book called Technophobia! Science Fiction Visions of Posthuman Technology (University of Texas Press, 2007).  In addition, he contributed chapters to The Culture & Philosophy of Ridley Scott (2013), The Rolling Stones and Philosophy (2012), Philip K. Dick and Philosophy (2011), Battlestar Galactica and Philosophy (2009) and Anime and Philosophy (2010). He’s written over 200 articles for various publications including The Chicago Tribune, Alternative Press, Salon.com, and the Manchester Guardian.

Professor Emeritus at Columbia College Chicago & a DGA member, Dan directed episodes of the Comedy Central Television show Strangers With Candy as well as several award-winning short films – all starring Stephen Colbert (The Colbert Report), Paul Dinello, and Amy Sedaris.  An all-state football player at Oak Park’s Fenwick HS, Dan went to the University of Illinois on a football scholarship & graduated with a degree in Philosophy, then went on to acquire an MFA from the University of Wisconsin.