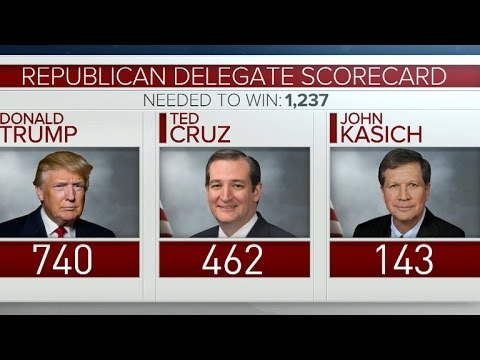 Most Americans felt the Brussels bombings in the pits of their stomachs. That’s natural. Terrorism’s greatest weapon is not those it kills immediately, but its ability to spread fear after the fact.

That fear makes terrorism not just a political issue, but a personal one. We don’t think logically after terrorist attacks; we react instinctively, going with our gut.

It is just that type of visceral reaction, though, that is pushing our society to a dangerous place as election season and the lure of an easy electoral tool tempts our political leaders to take up the politics of fear.

As the dust settled in the Brussels airport in Zaventem and the Maelbeek metro station, Republican presidential front-runner Donald Trump blustered on the necessity to bring back waterboarding. Not to be outdone, Ted Cruz, one of the remaining GOP “establishment” candidates, doubled down, calling for police to “patrol and secure Muslim neighborhoods before they become radicalized.”

Obvious and heartfelt objections on civil liberties grounds were immediately raised but are unlikely to alter the behavior of politicians with a nomination, and eventually election, to win. Raising fears about Muslims could be a handy tool in doing so, especially in several key battleground states.

This November, the swing states of Virginia, Michigan and Florida will be up for grabs. They also happen to have the second-, sixth-, and seventh-highest concentrations of Muslims per capita according to the 2000 census.

These states have been routinely identified as some of the most important for the 2016 general election. All were won by Obama in 2012, but swinging even one of them from blue to red could change the result of the election.

Unfortunately, the 58 electoral votes at stake in these three states make more than half a million people targets.

By raising fears within these states, Republicans could effectively polarize the electorate and push voters to the candidate they believe can assure our security. Candidates already are competing to come up with proposals that ensure perfect, 100-percent security, whatever the costs.

We have been down this road before.

After 9/11, Vice President Dick Cheney said that even a 1 percent chance of a terrorist attack would justify preemptive invasion, mass torture and the trampling of civil liberties. The result of this “1 percent doctrine” was the Iraq war. The Islamic State today is a product of that destabilizing conflict.

Ultimately, 100-percent security is impossible, but the U.S. is still in much better shape than France, Belgium or most of Europe. We don’t have thousands of citizens who have traveled to Syria to fight for Islamic State or a porous land border. While we have seen Islamic State-inspired violence in San Bernardino, Calif., it remains unclear if that attack was command directed or a simpler lone wolf operation. Attacks on the scale of Paris or Brussels have yet to darken our shores.

What is possible, and is indeed likely, is that the U.S. will completely alienate its Muslim population with coercive and regressive policies.

Imagine what Cruz’s policies might look like: armored cars and heavy weapons rolling through residential neighborhoods; constant raids and lockdowns; the legalization and institutionalization of profiling; checkpoints and special identity cards would not be far behind.

There are obvious and important civil liberties issues with any such program, but we wish to address a different question: Would it make us any safer?

The answer is a resounding no.

As Belgium and France are realizing, their greatest vulnerability is the alienation their Muslim populations feel, making them more vulnerable to radicalization.

Why should a Muslim love America?

Doubling down on coercive tactics to manage the situation has been ineffective. Locking down entire neighborhoods for days did not help stop the attacks in Brussels because the bombers were able to find shelter mere blocks away, and those who knew where the operatives were did not tell police.

This isn’t simply a liberal perspective. Even the U.S. military has recognized that applying coercive tactics to local populations is ineffective.

David Petraeus, the former commander of coalition forces in Iraq and Afghanistan and later director of the CIA, saw that hearts and minds can win the day while coercive measures against populations create more terrorists than they kill.

As elections approach, we must avoid the temptation to allow fear to overwhelm our commitment to our values.

We should not let the quest to turn states red paint a segment of our population as a security issue. We should also not buy into the doctrine of perfect safety from candidates whose proposals would ensure the opposite.

Ultimately, America’s best defense is not our walls and borders, not our physical distance from the Middle East, nor even our formidable intelligence services. It is our ability to accept those who come from other cultures and make them part of the American experience.

Abandoning those values would not just jeopardize the liberties of a few, it would harm the security of us all.

Robert Pape is the director of the University of Chicago Project on Security and Terrorism (CPOST). His most recent book is “Cutting the Fuse: The Explosion of Global Suicide Terrorism and How to Stop It.”

Walker Gunning is the executive director of CPOST.