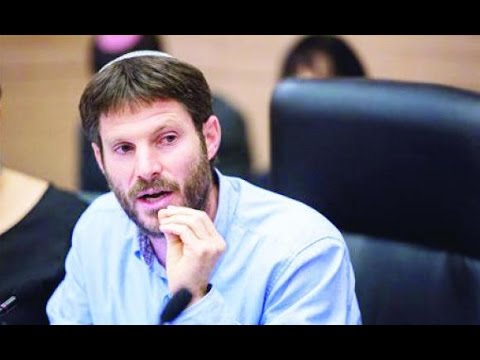 BETHLEHEM (Ma’an) — A meeting of a Knesset committee held Wednesday debated the issue of segregation between Palestinian and Jewish women in Israeli maternity wards, following media reports and allegations of racial discrimination in Israel’s hospitals, according to a Knesset press release.

A recent report by Israel Radio exposed various Israeli hospitals that segregate Palestinian and Jewish women in their maternity wards — a policy the hospitals denied, though some acknowledged they accommodate requests by women for separate rooms.

Though not an official policy in Israeli hospitals, testimonies documented by Haaretz describe women being directed to separate rooms either automatically or at their request as “an attractive bonus for those who choose to give birth in a hospital.”

Chairwoman MK Aida Touma-Suleiman of the Joint List said at the committee meeting “the discussion surrounding the phenomenon has exposed a difficult reality — not only the segregation in hospitals, but the entire issue of segregation based on nationality and race which exists in other places. The health system can and should be an island of sanity.”

She criticized Jewish Home Party MK Bezalel Smotrich’s inflammatory tweets in reaction to the media reports, which said: “My wife is really no racist, but after giving birth, she wants to rest and not have a party like Arab women do after giving birth.”

In another tweet, he said, “It’s only natural my wife would not want to lie next to someone who just gave birth to a baby that might murder her baby in another 20 years.”

In spite of the outrage the tweets garnered from across the political spectrum, MK Ahmad Tibi, also of the Joint List, pointed out Smotrich merely verbalized already commonly held racist views and “thanked” Smotrich for “placing a mirror in front of the ugly face of Israeli society.”

“Smotrich and his wife have apparently not read Jewish history. I suggest that he go back a few decades, so he’ll know where these words originate from, because in German it sounds more authentic,” Tibi added.

Former health minister MK Yael German of the Yesh Atid party brushed off accusations of racism saying that Israel’s health system “is a model of coexistence” and noted that the percentage of Palestinian employees in the health system is higher than in any other government system, “because there is no discrimination in this system.”

For Zionist Camp MK Yael Cohen Paran, segregation came down to business. “The fact that [pregnant] women ‘shop around’ for maternity wards creates a situation where hospitals try to attract them. Hospitals offer private rooms and a private midwife for money. This is what ultimately creates the segregation.”

“Our situation is good,” Halpern said, and went on to favorably compare Israel’s hospitals to those in the United States by saying “a black man in Chicago will not receive the same treatment he would receive at the Soroka or Rabin medical centers.”

Dr. Sigal Taub of the Health Ministry attested to the “homogeneousness” among hospital patients in Israeli hospitals, dismissing allegations of segregation as “false.”

Two other Israeli doctors addressed the committee insisting that separation in maternity wards is not racist, saying that Palestinians also sometimes ask to be separated, and that haredi women might be separated from secular women who have tattoos or speak on their cell phones during Shabbat.

Dr. Lina Qassem from Physicians for Human Rights – Israel (PHRI) said that during her time as an intern at Shaare Zedek hospital she regularly witnessed explicitly racist attitudes among midwives.

“There, women are not called by their names, but are referred to as ‘the Ethiopian,’ ‘the Arab,’ or ‘the Russian.’”

(Palestinian) women from occupied East Jerusalem are treated with “disrespect and prejudice,” Qassem added, and are “placed in the corridor, (which has) medical repercussions as well. When a midwife brings an Arab baby to the nursery, workers tell her: ‘What, you brought another terrorist?’”

Tamar Doron, a former nurse and PHRI member told the committee that midwives are instructed to only put Jewish women in the spacious rooms.

MK Touma-Sliman concluded the meeting saying, ”This meeting is particularly important today, when the atmosphere in the country is becoming more and more racist,” calling on the Health Ministry and hospital directors to lead a policy which “respects the state law which forbids discrimination.”

At the end of March, Touma-Suleiman charged other parliament members of using incitement and racism for political gain, referencing a recent poll conducted by the Coalition for the Fight against Racism reporting that 52 percent of Israelis believe Israeli society is becoming more racist.

”If we do not find ways to change this reality, we will find ourselves in a serious problem,” Touma-Suleiman said in her address.

”Unfortunately, there are MKs who use incitement or racism against the Arab population, against asylum seekers, and against other groups within society, only for the sake of political gain and to get more votes.”