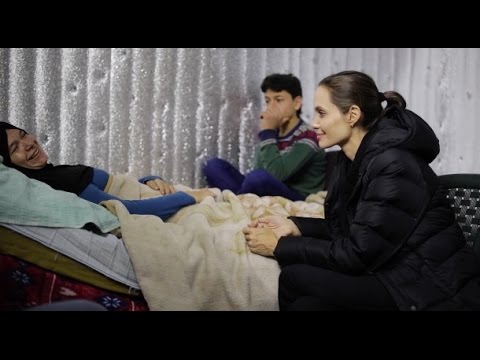 A report by an anti-slavery group also details how Syrian refugee girls are being forced into child marriage and sex slavery.

“Slavery and human trafficking are illegal and abhorrent. They should never be condoned or accepted as ‘the norm,’” Nick Grono, CEO of the Freedom Fund said in a press release.

“This report is a call for decisive action. Without significant and determined intervention, the situation will only worsen for many hundreds of thousands of refugees at risk of extreme exploitation.”

The report, called “Slavery and Exploitation of Syrian refugees in Lebanon,” estimates that 85 percent of all child workers in the country are Syrians. There are almost 600,000 Syrian refugee children in Lebanon, according to the United Nations.

In the eastern Bekaa Valley on the border with Syria, the report added, all Syrian children are put to work, with many being exposed to hazardous conditions with pay as little as US$1 a day.

An aid worker told the anti-slavery organization that an employer from a farm or a factory heads to “the mayor … and asks for laborers, who then selects who he will send to work from the camp he is running. By practice, each tent should give one laborer … The mayor can take anyone from eight years and up.”

Employers in Lebanon have a high demand for Syrian and Palestinian refugees and their children because they are much cheaper to hire due to national laws that prevent them from obtaining legal work status and permits.

“It takes all day and all night to do 3 to 4 kgs (of garlic). This is a type of (work) is the worst form of child labour, because the girl is bent over, her hands in water … It’s winter time so it’s cold … They do this every day throughout the garlic season,” the CEO of a Lebanese NGO active in supporting Syrian refugees in the Bekaa Valley told the authors of the Freedom Fund report.

The report also warned that child marriage is common in Lebanon among Syrian communities where families cannot afford to care for their future and see marriage as their only coping strategy.

“Child marriage is done as a coping strategy. But not only for financial security; also because they perceive the threat of their daughter getting raped if single. The threat comes from living in an environment of abandoned buildings and in tented settlements,” the report said, citing a Beirut-based journalist.

There are more than one million Syrian refugees in Lebanon who fled the conflict in their country. That means that for every five people in Lebanon there is one Syrian refugee. The country also has up to 200,000 Palestinian refugees who fled Palestine during the Arab-Israeli wars in 1948 and 1967.

The report reached its findings based on interviews with Syrian refugees in Lebanon, representatives from Lebanese NGOs, Syrian organisations, INGOs in Lebanon, U.N. bodies and Lebanese government officials conducted during January and February 2016, as well as recent research and vulnerability assessments.

“We can no longer say we did not know. The exploitation of Syrian refugees in Lebanon is endemic and I encourage the Lebanese government and international community to adopt the recommendations in the report,” said Grono.