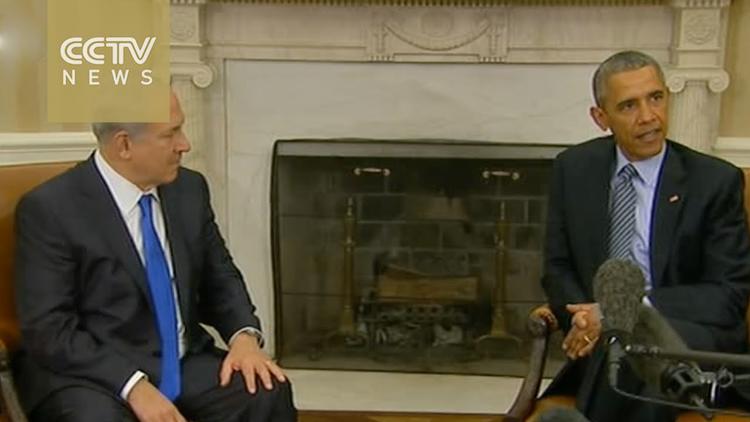 BETHLEHEM (Ma’an) — More than 80 percent of American senators signed a letter addressed to US President Barack Obama urging him to reach an agreement on an increased military aid package to Israel.

“In light of Israel’s dramatically rising defense challenges, we stand ready to support a substantially enhanced new long-term agreement to help provide Israel the resources it requires to defend itself and preserve its qualitative military edge,” news agency Reuters quoted the letter as saying.

A reported 83 of the 100 Senators in US Congress signed the letter, including aspiring Republican presidential nominee Ted Cruz, but excluding Senator Bernie Sanders, who is running in the Democratic presidential primaries.

Discussions regarding a new aid agreement have been ongoing for the past several months.

Israel reportedly requested at least $5 billion in annual military aid from the US that would be fixed for the ten years to follow, far surpassing the $3 billion per year currently received by Israel through a military aid agreement set to end by 2018.

After the terms of the agreement became unclear in February, Israeli Prime Minister Benjamin Netanyahu said during a cabinet meeting that he would wait for the next US president to sign a deal, if the current administration was “unable to meet Israel’s security needs.”

Earlier this month, Netanyahu reportedly backtracked, telling Republican Senator Lindsey Graham, who led the letter, that he would prefer to have a deal signed before Obama leaves office.

According to Israeli newspaper Haaretz, the United States government has offered up two possible ten-year military aid packages for when the current one expires: one which would increase the total amount of aid given between 2018 and 2028 to $40 billion, on the condition that Israel not lobby the US Congress for more money during that time period; and another in which the US commits to giving $34 billion over ten years, but without the aforementioned lobbying restrictions.

The Israeli government has reportedly been unhappy with both options, despite them representing a $4 to $6 billion increase from the previous ten-year deal.

While US-Israel relations have seen a series of diplomatic disputes during Obama’s administration, Israel remains the number one long-time recipient of US military aid, and US representatives have largely neglected efforts to hold Israel accountable for violations of Palestinian rights and international law.

More than 90 percent of the United States House of Representatives signed earlier this month letter urging Obama to veto “any resolution at the United Nations that sets parameters for Israeli-Palestinian talks.”