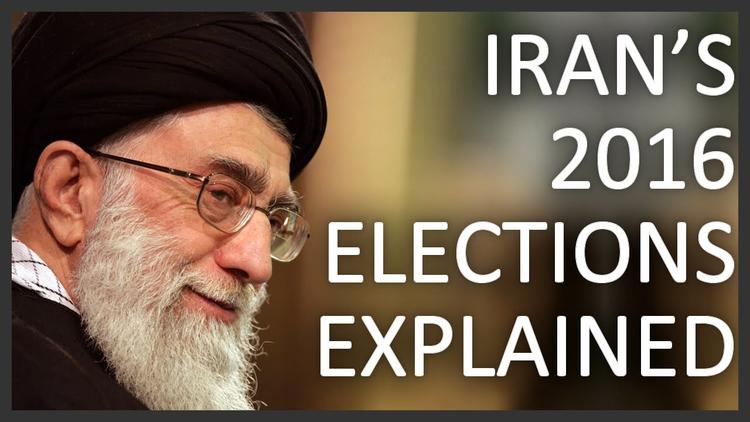 The emergence of political Islam in the mainstream politics in the Middle East and across other Muslim countries since the 1970s has impacted socioeconomic and political development in so many different ways. The return of religion–a symbol of traditionalism–to the mainstream debate about and the struggle for modernization might be unsettling to the liberal mind that sees a clear dichotomy between what is traditional, e.g., religion, patriarchy, patrimony and kinship and what is modern, e.g., rationalism secularism, and individualism. Regardless of the debate in the western academic circles, the Islamic world continues the examination of the proper place of Islam in society and polity. Thus, questions are asked: what actually constitute the Sharia or should the Sharia be the sole law (the constitution) of the land; or, who has the religious authority—being a Mujtahid— to interpret or reinterpret the sharia and to declare new religious decrees or fatwas; or, who should govern and oversee the implementation of the Sharia? In a sense, can there be an ‘Islamic State” and be led by non-clerics? Such matters is further complicated since there is no real separation of the church and the state in the Islamic tradition. In its core then, the puzzle over the place of Islam in society and polity is really over the question of governance.

Islam and modernity (including democracy) can coexist since there are more venues to modernity than just the one the West has experienced. Islam is not a monolithic religion and the realization of a modern Islamic society is a matter of resolving the puzzle of hermeneutics of Islam—to come up with uniform understanding of how to interpret (tafsir) the Quran, the Hadith and the Sunna; in other words, the Sharia or the path to the realization of an Islamic society. In doing so, the pervasive place of Islam in society and politics cannot be ignored. It is my contention that the primary obstacle in resolving the puzzle of hermeneutics of Islam is the presence of authoritarian political systems in most Muslim countries, preventing the formation of political and religious institutions and their active and orderly participation in the political process. That is, political democracy is a prerequisite to resolving the puzzle of hermeneutics of Islam through a long process of trial and error within anyone given particular cultural and sociopolitical environment. The Islamic Republic of Iran is a primary case in point, where the simultaneous competition and cooperation between the religious and political establishment has resulted in tangible settlements, or still evolving, of some seemingly ‘intractable’ issues involving Islam and the operation of modern society, economy, and polity.

It is only natural to think of national governments once the question of governance comes up. After all, national governments ae endowed with tremendous power, legitimate or not, and resources to govern over matters of significance to the population, including law and order, national security, social and economic development, and the preservation of cultural heritage and overall social harmony. At its most basic level, however, governance is also about local neighborhoods and communities organizing themselves into more effective units in dealing with local issues, whether in cooperation with agencies of the national and local governments or with private individuals and agencies of civil society or a combination of such forces. The prevailing historical and cultural characteristics and forces present in any given community can also help the cause of local organizing, e.g., tribal order and affiliation or community mosques as places of both worship and mobilization and networking.

Authoritarian rule by definition and nature is antithetical to long term good governance and is more prone to corruption and abuses of power. On the other hand, political democracy, if understood as a means to an end, offers the best chance for social organization and governance at local or national levels. At its core, political democracy would require the presence of free, fair and frequent elections to gage the health of the relationship between the governed and the governors. Political democracy also is about a continuous process of push and pull between the state and society, as structural and cultural changes always require ‘political adjustments’ to meet the ever changing societal needs and demands. The presence of viable political institutions such as political parties and independent legislative and judiciary branches of the government help solidify the legitimacy of the political system, resulting in better governance. So, governance is really about the ability of the political system to continuously respond and adjust to the parameters of authority as the society becomes wealthier, healthier, more educated, more sophisticated and better organized.

Democracy also is not about culture or religion per se but the management of political power and the competition over socioeconomic resources within agreed-upon normative principles and values and institutional arrangements, whereby individual citizens through elections and other forms of political participation determine their own choices through elected representatives. In other words, political democracy is (can be) an instrumental method in the resolution of ‘identity conflicts’ over cultural and nationalistic issues by providing legal and institutional venues for resolution of differences and conflicts to groups in competition over socioeconomic resources and political power.

The competition among cultural groups in a given society is not so much about the superiority or inferiority of certain value system or way of life per se but how the competition translates into control over local, regional and national resources while realizing the ambitions and aspirations of all cultural groups. This is especially true, where legal and institutional venues for dispute settlement and conflict resolution and power sharing among competing cultural groups are weak or are seriously lacking. In such cases, it becomes ‘natural’ for a dominant culture try imposing its ethos and belief systems, through cooperation or coercion, on minority groups, monopolizing control over socioeconomic resources and political power.

Militant Muslim movements have historically emerged as ‘voices for justice’ at the time of political turbulences, going back to the Kharijite movement in the early Islamic history in 657 AD. Modern militant movements like the Wahhabi movement in the 18th and 19th centuries in tribal Arabia, the Muslim Brotherhood beginning in the 1920s, and the Shi’a Hezbollah and Islamic movement in the 1980s, the Taliban, the al-Qaeda since 1980s, and a plethora of other militant movements in the past few decades have all emerged to fill in the political vacuum and to restore ‘Islamic governance.’ That is, the failure of politics and political leaders in Muslim countries in securing legitimate, popular participation in national and local governance galvanizes radical thinking and the thus emergence of militant groups, and all in the name of Islam. This is nothing but a crisis of governance.

Secularism and liberalism may have proven instrumental in the evolution of political democracy and civil liberties in the Western tradition but they should not be considered as preconditions for the inauguration and the evolution of democracy elsewhere. Recall also that the appearance and the evolution of political democracy in Europe took centuries and remains and will persist an ongoing process. Every society must formulate its own strategy and travel toward political democracy and determining the levels and degrees of civil liberties within its defined particular cultural and socioeconomic milieu. That is, the parameters of democracy in a Muslim country may differ from those of the Western societies. If so, the gates of experimentations with Islamic governance and popular participation, e.g., an Islamic Republic, are wide open. This is precisely why political democracy can assist the cause of the realization of Islamic Republicanism. This is also what happened in the case of the Jewish nationalism, beginning in the late 1800s.

As the experimentation with ‘Jewish Democracy’ has been arduous and controversial and with obvious limitations, so would be the notion of Islamic Republicanism. The presence of democratic political institutions, despite the tradition-modern dichotomy in the Jewish personal and national experiences, helped the earlier Zionist leadership with visioning a modern state based on democratic foundation but Jewish in its core. (The successes and failures of this experimentation is clearly a matter of debate and not discussed here for the sake of space.) The advantage of an Islamic democracy is the embrace of Islamic culture and not its rejection for the sake of secularism and western liberalism. Therefore, an Islamic democracy can be instrumental in legitimately confronting militant Muslim groups and tendencies and resolving ‘identity conflicts’ over cultural and nationalistic issues by providing legal, institutional, and, ideally, non-partisan, normative values to groups in competition over socioeconomic resources and political power.

Iran is an example of a multicultural, Muslim country where the struggle for redistribution of socioeconomic resources and political power (e.g., Islamic theocracy dominated by elite clerics or political democracy based on open competition by all contenders of power) has taken place within a broader multicultural makeup in the past thirty seven years. Today, most members of the Iranian Parliament are non-clerics, and so are the vast majority of technocrats and bureaucrats working for the government and the State. The country is forging toward a possible resolution of the appropriate place of Islam and its tenants and leadership in a still evolving modern Islamic democracy.

Professor Ali R. Abootalebi teaches in the Department of Political Science at the University of Wisconsin, Eau Claire (UWEC). He is the author of Islam and Democracy (2000) and, with Stephen Hill, Introduction to World Politics: Prospects and Challenges for the United States (2013) and numerous articles on Islam and Democracy, Arab Political Development and Global and Middle Eastern Politics. He can be reached at abootaar@uwec.edu