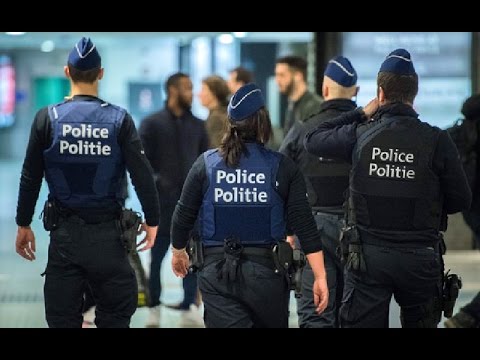 Media outlets were quick to note the criminal backgrounds of the perpetrators of last week’s Brussels terror attacks. Drawing comparisons with those who undertook the November 2015 Paris attacks, this analysis suggested the rise of a new generation of terrorist recruits who are not “radical Islamists” but “Islamised radicals”.

A closer analysis of the perpetrators of recent attacks suggests that [the so-called] Islamic State (IS) has a different kind of appeal to that of its predecesor, al-Qaeda in Iraq. Apart from having little or no knowledge of religion, the new crop of IS recruits come primed for violence with a different set of skills, honed through criminal activity.

Evidence collected by the Countering Violent Extremism research program from more than 100 case studies of lone-wolf actors who have perpetrated foreign or domestic terrorism confirms this trend. It points to an important distinction between terrorist attackers who are driven by ideology and religion, and those for whom violence is less about ideology.

Terrorist and violent extremist groups have traditionally appealed to the elite and educated. Egypt’s Muslim Brotherhood, for example, drew its membership primarily from among university students.

Our understanding of religious terrorists has followed the logic that they are driven by religious conviction and radicalised to commit acts of violence through religion. The conventional wisdom has been that some individuals who are religiously radical will find the means and opportunity for violence.

The role of criminality

Brothers Brahim and Khalid el-Bakraoui, who carried out suicide attacks at Brussels Airport, had previously been in jail for violent offences.

Abdel Hamid Abaaoud, the alleged leader of the Paris attacks and connected to the Brussels cell, was a career criminal convicted of violent crimes including assault. Another of the Paris attackers, known radical Omar Ismail Mostefai, was arrested for a string of offences in his youth.

Violence and aggression as a personal factor in lone-actor attacks has not received much attention in analyses of radicalisation to violent jihadism. But studies of other forms of terrorism and violence have looked specifically at criminality.

Criminal youth with a history of violence do not appear to have marked right-wing ideological leanings or political interests. For them, violence is seen not as a means of achieving political or ideological goals. Instead, it is a normal part of their everyday lives. Criminal youth also tend to come from unstable family backgrounds and have lower education attainment levels.

Clues for the future

Using the case studies, we have distinguished between three different kinds of violent jihadist terrorists.

Of all the case studies, 30% had a criminal record. A further 20% had violent or aggressive histories, according to reports and interviews. And 37% met all the criteria for being ideologically radicalised.

The smallest type were Type 3s. Only three cases met all the criteria.

The findings provide some useful clues to radicalisation and how we deal with it. Criminality and gang culture have replaced extreme interpretations of religion as the binding group identity that characterised earlier waves of violent jihadist recruits. The criminal element among this new wave means they are likely to be already known to law enforcement – though not necessarily for violence or extremism.

If the recruitment trends continue, police will have a greater role to play in countering terrorism and violent extremism. It also means that prisons – often considered breeding grounds for radicalisation – are possibly more prominent as incubators for networks of violent jihadists.

The shift in terrorist recruitment could prove helpful for law enforcement. Being able to identify criminality and violence as a key feature of new recruits means law enforcement agencies can know what to look for and take early action.

While terrorist attackers will try to avoid drawing attention before they act, their violent and criminal pasts could give them away.