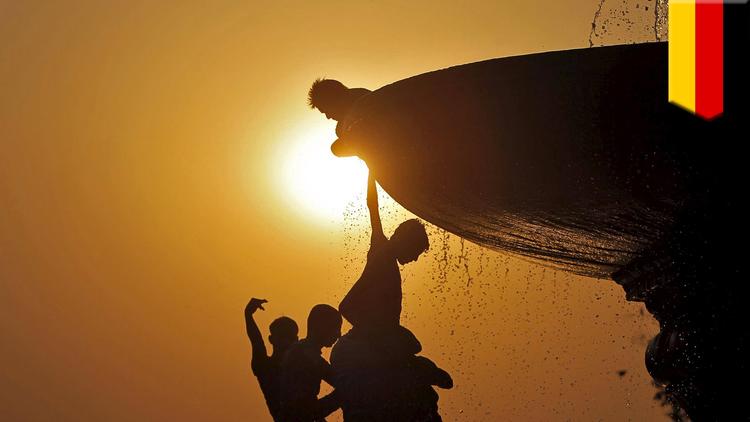 Researchers at Germany’s Max Planck Institute and their scientific partners have found that even with just a 3.6 degree average rise in global temperatures, parts of the Middle East could become too hot to live in.

Warming won’t be even around the world. Some places will warm more and faster than others. The Middle East is such a place. Summer temperatures are expected to increase twice as fast as the world average.

The even worse news is that despite the Paris COP21 agreement, the world is very very unlikely to limit warming to 3.6 degrees F. (2 degrees C.).

Even under the wildly optimistic 2 degrees C. scenario, by 2050 or so, temperatures in large swaths of the region would never drop lower than 86 degrees F. at night, and would reach 114 F. during the day. By 2100 that midday temperature could rise to 122 degrees F.

(In Upper Egypt and in places along the littoral of the Gulf, it reaches 122 F. already sometimes in the dead of summer; the researchers are saying it will become common, and over a large area).

Heat waves will be 10 times more common than to day in this region by 2100, and unusual, debilitating heat will be experienced 200 days of the year.

It isn’t just the heat. Warming could create new dustbowls in the Middle East, making raising enough food impossible (a lot of the area’s food is already imported).

Already in the spring the strong desert wind or khamseen inundates cities like Cairo in a fog of yellow dust. I remember having to put my electronics in plastic bags during khamseen and tying them up, because otherwise the dust would penetrate everywhere and use them. You’d never want to see more khamseen days a year.

If it is too hot to live, and too hot and dry to farm, a lot of people in the region (which now has 500 million inhabitants) will just have to leave. Some fear a massive exodus of Middle East climate refugees.

The Max Planck Institute study just looked at temperature. But other climate change effects will also create millions of refugees. For instance, the Egyptian Nile Delta is a vast oasis to the east of the Sahara region, which irrigated farming makes a breadbasket for the whole Middle East. The Nile Delta, as with most river deltas, is lowlying land and is sinking anyway. If the seas also rise by several feet by the end of this century, then a lot of the Delta will be swallowed up by the Mediterranean. A majority of Egyptians live in the Delta– Upper Egypt is relatively sparsely populated.

The people of the Middle East are unusually dependent on producing and selling fossil fuels for their livelihood. But if they want to stay in their own homes, they have to keep it in the ground; and so does everyone else.