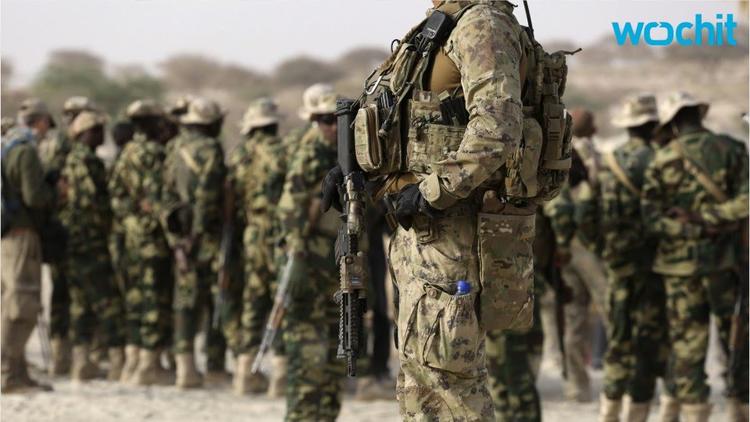 Agence France Presse got the scoop on Thursday, with their reporters in Fatisa just 19 miles from Daesh territory in northern al-Raqqa Province, Syria saying they saw some 20 US special operations troops embedded with leftist Kurdish YPG units and wearing YPG insignia. (The latter move is to prevent friendly fire incidents, signaling to the Kurds that despite their foreign appearance, they are white hats).

The AFP report says that the troops are engaged in combat and are not just in a support role. For instance, they are said to be firing anti-tank munitions at Daesh (ISIS, ISIL) car bombs, detonating them before they can be deployed against the advancing YPG.

The Pentagon maintained, when asked about the AFP story and pictures, that the US troops are there solely in a training and support mission and are not engaged in combat. A spokesman explained of the YPG insignia that special operations troops dress idiosyncratically, in this case in order to “blend in.”

Some observers expressed fears of backlash from Turkey over the insignia issue, since Ankara considers the YPG to be a terrorist organization on the model of the Kurdistan Workers Party (PKK). The US agrees that the PKK is terroristic, but puts the YPG in a different category.

Personally, I doubt if Turkey will be more angered than it already is. The US hasn’t signed on to President Erdogan’s attempt to overthrow al-Assad by allying with hard line jihadis. And Secretary of Defense Ash Carter has been very public about his belief that the Syrian Kurds and their Arab allies are the only effective fighting forces capable of taking on Daesh, and Turkey will just have to lump it.