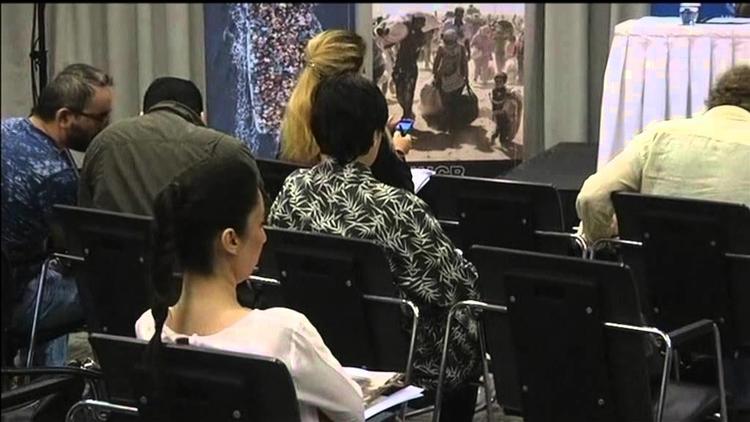 ROME, May 20 2016 (IPS) – “We cannot keep jumping from crisis to crisis. We have to invest in long-term development that helps people cope with shocks so that they can continue to grow enough food for their communities and not require emergency aid.”

With this clear warning, Josefina Stubbs, Chief Strategist of the UN’s International Fund for Agricultural Development (IFAD), has just launched a strong message for leaders who will gather at the World Humanitarian Summit in Istanbul, Turkey next week.

Recalling that more than 60 million people across the world are reeling from the drought caused by the weather phenomenon known as El Niño, Stubbs warns, “The demand for emergency assistance cannot keep up with the supply.”

This movement of people can lead to local and regional instability. And when people are pushed away from rural areas and farming, it can threaten the food security of entire countries, it adds.

“Poor people in developing countries are disproportionately affected by disasters because they do not have the resources to cope with the impacts and bounce back,” says IFAD’s Associate Vice-President and Chief Strategist.

People Are Not waiting for Hand-Outs

“These people are not waiting for hand-outs. They are looking for opportunities to keep earning incomes even in the face of disasters. Our focus should be on creating these opportunities.”

The current El Niño drought has had a catastrophic effect on crops around the world causing almost 32 million people in southern Africa alone to go hungry.

“This number is expected to rise to 49 million by the end of the year. The UN estimates that at least 3.6 billion dollars is required to meet emergency needs resulting from this drought. Less than half of this has been provided.”

Ethiopia is the worst hit in Africa, with 75 per cent of its harvests lost and emergency food assistance required for at least ten million people. IFAD has been working with small-scale farmers in the country for more than a decade to make them more resilient to the impacts of drought.

With investments in irrigation, water-harvesting techniques and early warning systems, and training in sustainable water usage, none of these communities have required any food aid during the current drought, says this UN agency, which since 1978 has provided about 17.7 billion dollars in grants and low-interest loans to projects that have reached some 459 million people.

“At IFAD we have seen that building resilience to disasters does work and saves communities from suffering,” says Stubbs. “But there has to be a global commitment to invest in long-term development.”

“The changing climate and the increasing scarcity of natural resources are also impacting the already precarious situation of the estimated 60 million people who have been forcibly displaced by conflict.”

Long-term investments are urgently needed to stimulate the economies of the rural areas of host countries where the majority of refugees live.

IFAD is an international financial institution and a specialised United Nations agency based in Rome – the UN’s food and agriculture hub. It invests in rural people, empowering them to reduce poverty, increase food security, improve nutrition and strengthen resilience.

The first-ever World Humanitarian Summit takes place on 23 and 24 May and originates from a growing concern about the protracted nature of recent humanitarian crises and the limited capacity of the global community to respond to them.

Some 6,000 world leaders and humanitarian and development agencies will gather in Istanbul to make commitments to help countries better prepare for and respond to crises.

“Human suffering from the impacts of armed conflicts and disasters has reached staggering levels,” the United Nations Secretary General, Ban Ki-moon, portrayed the current humanitarian drama, explaining why the UN has decided to hold the WHS.

“However, taken together, there are 125 million people in need of aid in the world today as a result of conflicts and natural disasters and over 60 million people have been forcibly displaced. These are the highest numbers we have on record since WWII,” O’Brien told IPS.

It is not about one humanitarian crisis, but multiple crises happening at the same time, from the crisis in Syria and the region to the impact of El Niño, which currently affects 60 million people in the world, O’Brien said.

Herve Verhoosel, WHS spokesperson, wrote in an editorial for IPS “We are experiencing a human catastrophe on a titanic scale: 125 million in dire need of assistance, over 60 million people forcibly displaced, and 218 million people affected by disasters each year for the past two decades.”

More than 20 billion dollars is needed to aid the 37 countries currently affected by disasters and conflicts. Unless immediate action is taken, 62 percent of the global population– nearly two-thirds of all of us- could be living in what is classified as fragile situations by 2030,” Verhoosel stressed.

Time and time again we heard that our world is at a tipping point. Today these words are truer than ever before, he wrote, and added, “The situation has hit home. We are slowly understanding that none of us is immune to the ripple effects of armed conflicts and natural disasters.”

“We’re coming face to face with refugees from war-torn nations and witnessing first-hand the consequences of global warming in our own backyards. We see it, we live it, and we can no longer deny it.”