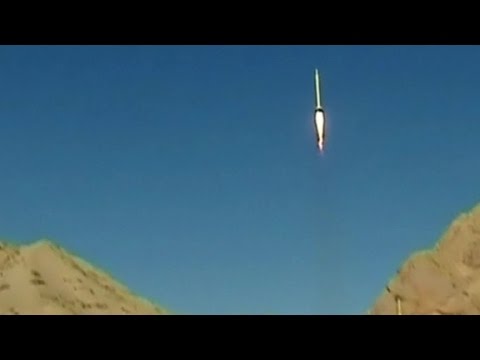 The conflict in Syria is likely to grow more dangerous for all parties in the near future as Assad refuses to step down and Iran continues to expand its military presence in Syria and Lebanon in pursuit of its decades-long goal of annihilating the state of Israel.

Americans can perhaps help prevent this from occurring by changing the dynamics of U.S.-Iran-Israel relations, which up to this point has been dominated by American supporters of the Israeli settler movement.

This movement uses the deliberately simplistic term “pro-Israel” to connote those who support the argument that Israeli territorial expansion strengthens Israel’s security–and by extension, the US’s.

Complementing this rhetorical tactic, it cynically wields the term “anti-Israel” in order to blur the line between those who understand that Israeli territorial expansion is ultimately detrimental to its long term security, in contrast to those who are against peace with Israel on any terms.

The settler movement has made it possible for the Israeli government under the self-destructive leadership of Prime Minister Benjamin Netanyahu to brazenly spurn > US-brokered peace negotiations with the Palestinian Authority yet face no consequences from the US for doing so.

The US provides Israel with billions of dollars of aid per year and therefore has significant diplomatic leverage but it has declined to exert that leverage because of the influence of the settler movement over the US political system.

Americans must change this by holding US legislators accountable for their unconditional support for Israel and voting out of office those who continue to enable its expansionist policies, which are detrimental to its own security as well as that of the US.

Americans must also advocate that the Obama administration and its successor engage directly with Iran in a debate on Iran’s one-state policy, which its has been attempting to forcibly impose, and the two-state framework the US has been ineffectually attempting to achieve.

If Americans took a strong moral stand on this issue, it would demonstrate to Iranian officials that a serious constituency for peace exists in the US and it would enable Iranian advocates for peace to implore Iran’s foreign policy decision-makers to moderate Iran’s policy toward Israel, which has for the last 35 years been unconditionally hostile.

This is admittedly a long shot given that Iran’s Supreme Leader, Ayatollah Ali Khamenei, appears fixated on the annihilation of the state of Israel. If Iran’s military forces and proxy Hezbollah were not struggling to prop up the Syrian government, they would undoubtedly be devoting their forces toward the organization of another military campaign against Israel under Khamenei’s orders.

Some historical perspective is necessary however. Since Israel was established in 1948, the governments of the region attempted for decades to annihilate it and fought three major wars against it in 1948, 1967, and 1973. The Carter administration, however, succeeded in brokering peace treaties between Egypt and Israel in 1979.

In 2002, Saudi Arabia led the Arab-Muslim world in signing the Arab Peace Initiative , which offered Israel normalization of relations if it would conclude a two-state solution with the Palestinians.

Despite Israeli intransigence on settlement expansions over the decades, the peace treaties with Egypt and Jordan remain in place, the PLO has maintained its basic recognition of Israel despite periodic flare-ups of violence (even to the extent of warring with Hamas for control of the West Bank in 2006), and the Arab Peace Initiative remains on the table.

There is in principle no reason why Iran’s foreign policy establishment could not prevail upon its ailing Supreme Leader (or perhaps more likely his successor) to align itself with the Arab Peace Initiative, contingent upon Israel concluding a two-state solution to the Israeli Palestinian conflict.

Khamenei’s strongly disapproving rhetoric of the terms of the Iran nuclear agreement even in the weeks leading up to its conclusion indicate that he can be persuaded to change his mind even when he communicates no intent to do so publicly.

The Iranian government’s rhetoric and conduct against Israel and the Syrian people has been reprehensible and more persuasive pressure will ultimately have to be applied to it if it does not change its destructive and hypocritical policies.

Yet a review of the history of the region reveals that US-Iran-Israel relations are not a simple matter of good versus evil and continuing to approach this problem from a position of self-righteousness will make it worse.

Americans should also consider that however detestable the rhetoric and behavior of Iran’s Supreme Leader and his ideological adherents are, there are many Iranians who do not support their government’s policies or who have been coerced into doing so who will suffer if the US attempts to resolve its differences with Iran through war. Therefore we should do what reasonably should be done to prevent it.

The United States should ultimately come to the defense of its ally Israel, including through direct military intervention if necessary. It should not, however, do so without condition or allow Israel to make the probability of US military conflict with Iran more likely by indulging in unnecessarily provocative behavior.

Americans must see through the cynical façade of the settler movement’s simplistic “pro/anti-Israel” framework and hold US policymakers accountable for setting our country on a course toward self-destructive 21st century “holy wars”.

Thomas Buonomo is a geopolitical risk analyst with expertise in Middle East affairs. His views are his own. Twitter: @thomasbuonomo

CNN from March: “Israel condemns Iran after missiles are test-fired ”