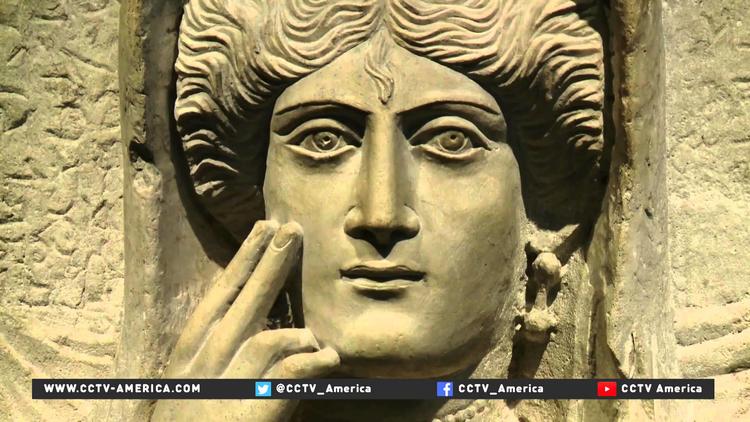 By Fiona Rose-Greenland | (The Conversation) | – –

For excavators – archaeologists, but also looters like the [so-called] Islamic State, or ISIL – the opportunity for discovery in modern Iraq and Syria is dazzling.

The countries lie within the Fertile Crescent, a broad swath of land stretching from the eastern Mediterranean to the Zagros Mountains and the Persian Gulf that gave rise to some of the earliest complex societies.

The human settlement record begins around 9000 B.C., which means, among other things, that the soil is rich with artifacts. Syria alone has 4,500 surveyed and published archaeological sites, and scholars estimate that there are many more.

Everyone seems to agree that ISIL is digging up and selling archaeological artifacts to make money. But no one seems to agree on how much money it’s actually making from its illegal antiquities trade: amounts have ranged from US$4 million to $7 billion.

Despite a number of challenges, my University of Chicago research team – known as MANTIS (Modeling the Antiquities Trade in Iraq and Syria) – has worked to outline the framework of ISIL’s antiquities trade as well as accurately estimate how much cash ISIL and other insurgent groups are making from the endeavor.

An interdisciplinary project comprising archaeologists and social scientists, MANTIS has created a new data set drawn from past excavation publications and auction sales reports. Using these data, we are building a revenue estimate tool that will give us a better idea of what the trade is worth.

From the ground to the auction house

We began with the goal of measuring profit. What we now understand is that specifying the process – or the means by which ISIL unearths, moves and sells antiquities – is just as important as measuring the profit.

Antiquities are looted and trafficked all over the world, and the specific mechanisms and structures differ according to cultural and political context. In the Islamic State, the antiquities pipeline seems to involve three basic steps: a dig permit is secured from ISIL authorities, unearthed artifacts are evaluated (possibly by officials with the Antiquities Division of the Islamic State’s Department of Natural Resources) and artifacts are moved out of the Islamic State into the international market (including but not limited to Turkey). At some point in the process, ISIL imposes a tax on the salable antiquities, widely reported as 20 percent. There are several details yet to be specified in this pipeline, but it provides a basic picture of the flow of goods.

Studying this process gives us important insights that can be shared with policymakers who are trying to cut off terrorist finance sources and protect culturally significant objects.

For example, we know that artifact hunters have been illegally excavating Syrian and Iraqi archaeology sites for decades. Archaeological looting is a longstanding practice embedded in local economic and tribal arrangements. Defeating ISIL will not guarantee the end of archaeological looting; rather, in the absence of economic alternatives, looting will remain in place as a source of revenue for the next regime that rolls through.

Studying the process also reveals the problem of politics – at both regional and international levels.

On the regional level, ISIL has competition from other insurgent groups that are looting artifacts. On the international level, uneven efforts to change cultural policies or enforce existing ones reveal disagreements about how archaeological materials should be regulated by the state and the private market.

These disputes have simmered for years, and the ISIL crisis intensifies them. Mistrust among scholars, museum professionals and participants in the legal antiquities trade blocks cooperation on data sharing that might advance our knowledge.

Nonetheless, profit remains an important topic of study. Thus far, a stable estimate of the trade continues to elude us because there are so many unknowns.

Unknowns are a familiar problem for anyone studying a black market. Participants in illegal trading and smuggling keep a low profile, and data sets have to be built using diverse sources of evidence, including interviews, police records and customs seizures. The work that goes into this type of data compilation is complicated, sensitive and sometimes dangerous (this is certainly the case in Iraq and Syria right now).

Studying the ISIL antiquities trade has a further set of challenges that predate the conflict:

Still, we have been able to get a better handle on figuring out how much money ISIL has earned. For example, we project gross market value that can then be broken down into discrete money flows.

One way to think of gross market value is the hammer price at auction. Not every artifact ends up in an online or physical house auction like Bonhams, Christie’s and Sotheby’s, but enough of them do that it’s a reasonable starting point.

From the gross market value we can hypothetically apportion out proceeds to at least three stakeholders: looters, ISIL and dealers. ISIL seems to be involved in the earliest stages of the pipeline, suggesting a slim percentage of the overall profit. Because there are specialized skills involved in international smuggling, it is unlikely that the same person who loots physically moves the artifacts out of Syria or Iraq and into the foreign marketplace. Successful smuggling, like successful looting, requires its own social network.

What all of these caveats and complications boil down to is that ISIL is likely to have earned several million dollars in profit since launching its looting program.

That’s a far cry from $7 billion, but it’s still enough money to carry out devastating attacks on civilians in Europe and closer to home. The November 2015 Paris attacks, which left 130 innocent people dead, are estimated to have cost no more than $10,000.

The allure of numbers that awe

And yet, patchy data and methodological challenges do not fully explain why $7 billion fell to $4 million in public discussions about the ISIL antiquities trade.

What’s really going on here, I think, can be explained in two ways. First, there is an overactive collective imagination about how much art is actually worth. It’s an understandable proclivity. We hear all the time about astronomical prices paid at auction for contemporary artworks or rare masterpieces. Moreover, antiquities are imbued with mystique. They are treasure, hidden away in the ancient soil and waiting to be rediscovered.

This, in turn, motivates governments and other groups opposed to the Islamic State to describe their actions in attention-grabbing terms. It’s a lot easier to call for action against a $7 billion crime than a $4 million one.

While market mystique and over-the-top plot lines are fine for Hollywood films and adventure novels, it’s no way to understand terrorist finance, and without that understanding we are unlikely to arrive at genuine and lasting solutions.