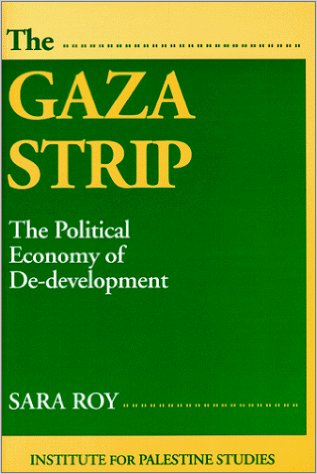 The Gaza Strip: The Political Economy of De-development 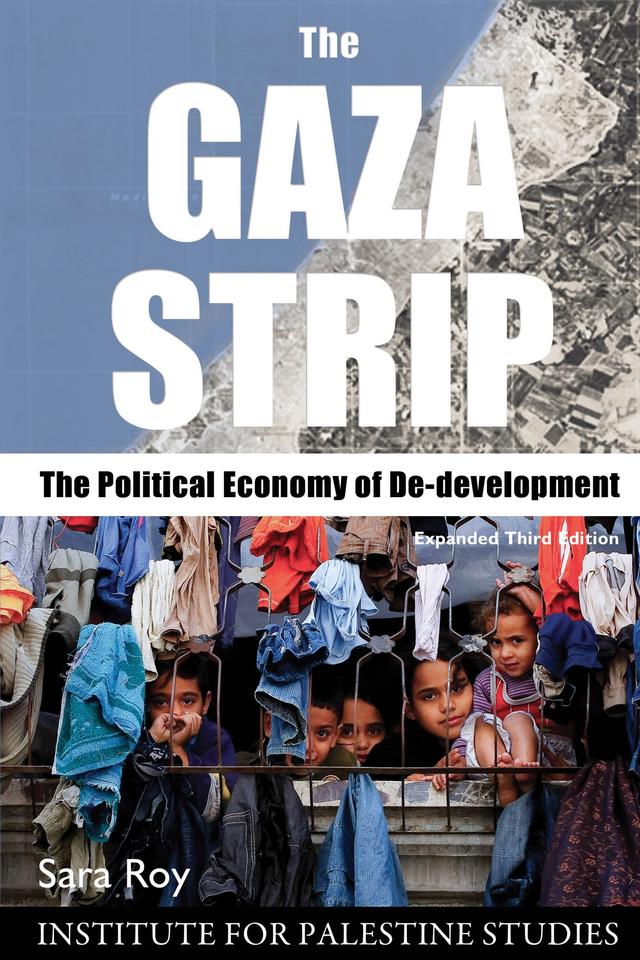 “The De-development of the Gaza Strip has arguably reached its logical conclusion with the current, increasingly distorted, reconfiguration of economic activity,” says renowned political economist and Harvard scholar, Dr. Sara Roy. The Gaza Strip: The Political Economy of De-development is the final edition of her much anticipated, comprehensive study of the economy of Gaza. For the first-time, Roy examines the past 15-years in Gaza in detail using economic theory and in-depth political analysis to argue that the de-development of Gaza is leading to unviability. Roy defines de-development, a concept she formulated and defined 30-years ago, as “the systematic dismantling of a normal economy and its rational functioning.”

In this latest edition of The Gaza Strip, Roy enriches this meticulously detailed and pioneering political economy text with an in-depth and shocking reflection and analysis on the wars on Gaza. Written in the aftermath of the 2014 Operation Protective Edge (OPE), Roy serves as a scholar, and witness to unprecedented human, physical, and physiological destruction wrought on Gaza.

Bringing her decades of experience in the region, and unrivaled knowledge of Gazan economy and politics, Roy reviews the impact of these most recent wars on Gaza from a multitude of perspectives. Beyond sophisticated data sets, The Gaza Strip chronicles shifting attitudes and the impact of massive long-term displaced people on societal cohesion, as well as the “new and relatively underreported consequence that has emerged from Gaza: “boat people,” Gazans fleeing by boat to Europe.

The new text also provides an impeccably detailed review of the unprecedented devastation of the longtime structurally dysfunctional economy of Gaza, noting that following the Israeli assault of 2014 “Gaza’s economy effectively collapsed with recovery expected to take decades.” Roy highlights the impact of Israeli restriction on imports, noting that it would take more than 53 years to rebuild the 89,000 new homes and new schools destroyed in OPE with the current import restrictions. And at the current rate of 335 truckloads per month allowed to enter Gaza according to Oxfam, it would take 174 years to rebuild Gaza to May 2014 levels.

In a new section titled, The Reconstruction Plan: Structuring Failure, Roy not only provides descriptions and analysis of detailed reconstruction plans, she also criticizes the international community’s fragmentary response. “The various reconstruction projects planned for Gaza over the years have never been part of a larger political program meant to alleviate Palestinian suffering or improve conditions. Rather, the projects have always been treated as ends in and of themselves,” she writes.

The inextricable link between the economic future of Gaza and the future of the Israel, Israelis, Palestine and the Palestinian people is clear throughout this the final edition of The Gaza Strip: The Political Economy of De-development.

Contact Paige Brownlow at 202-836-8207 or paigeb@palestine-studies.org to obtain a copy of The Gaza Strip: The Political Economy of De-development third edition, or to schedule an interview with the author, Dr. Sara Roy.

Sara Roy (Ph.D. Harvard University) is a senior research scholar at Harvard’s Center for Middle Eastern Studies specializing in the Palestinian economy, Palestinian Islamism and the Israeli-Palestinian conflict. Dr. Roy began her research in the Gaza Strip and West Bank in 1985 with a focus on the economic, social and political development of the Gaza Strip and on U.S. foreign assistance to the region. Since then, she has written extensively on the Palestinian economy, particularly in Gaza, and on Gaza’s de-development, a concept she originated. Dr. Roy is the author of many books and publications, including, The Gaza Strip: The Political Economy of De-development (Institute for Palestine Studies, 1995, 2001, 2016) and Hamas and Civil Society in Gaza: Engaging the Islamist Social Sector (Princeton University Press, 2011, 2014)

About the Institute for Palestine Studies

The Institute for Palestine Studies (IPS) is the oldest institute in the world exclusively devoted to documentation, research and publication on Palestinian affairs and the Arab-Israeli conflict. IPS is entirely independent and committed to preserving the collective memory of Palestine and educating the public on the realities of Palestine, Israel and the Arab-Israeli conflict.