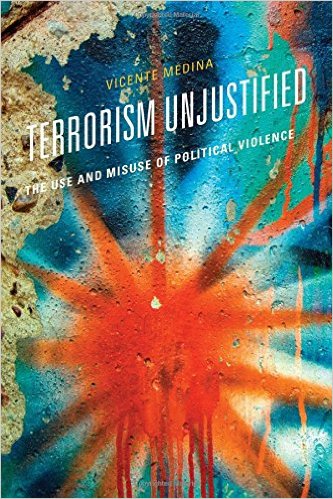 While President Obama did not formally apologize for the dropping of the atomic bombs on Japanese civilians at the end of WWII, by visiting Hiroshima one might speculate that he had tacitly apologized to the Japanese people for our past wrongdoings. But even if one were to conceive of his behavior and feelings of contrition as a tacit apology, such a tacit apology, while meaningful to some of the victims, is not a formal apology.
A formal apology from having committed a significant immoral act is an act of moral strength rather than weakness. The moral strength embodied in the values of American constitutional democracy whose leaders, at times, have been willing to acknowledge past wrongdoings: from President Lincoln’s Emancipation Proclamation, to President Johnson’s Great Society, to President Reagan’s Apology to Japanese Americans for their unjust interment during WWII. Japan’s reluctance to apologize for their past wrong doings is just an obtuse remnant of imperial arrogance in the face of the incontrovertible evil that they inflicted on so many civilians, including their own citizens, prior and during WWII.

Japanese leaders’ reluctance to apologize for Imperial Japan past crimes should not be used as an excuse for us not to recognize our wrongful acts. Even the late John Rawls, who was an infantryman in the Pacific during WWII and was one of the most influential political philosophers of the 20th century, in his brief article Fifty Years After Hiroshima acknowledged that the fire-bombing of Japanese cities and the dropping of the atomic bombs were “great evils.”

Rawls admits that for some “questioning the bombing of Hiroshima is an insult to the American troops who fought the war.” According to him, “this is hard to understand.” And I concur with his opinion. He encouraged us to “look back and consider our faults after fifty years. He continues, “we expect the Germans and Japanese to do that …. Why shouldn’t we?” One might underscore that the Allied forces had right on their side and hence they were justified to go to war against Nazi Germany, Imperial Japan and Fascist Italy who were the unquestionable aggressors. But, regrettably, the Allied forces committed atrocities oftentimes equivalent to the ones committed by the Axis powers.

We can learn an important lesson from the catastrophic events of Hiroshima and Nagasaki. Sometimes grave moral wrongs can bring about felicitous results for those who survive, such as the establishment of a decent constitutional democracy on the ashes of what was a formerly vicious imperialist regime. Those consequences, however, do not justify the deliberate annihilation of about 240,000 civilians which, regardless of his intention, President Truman authorized. Of course, many still believe that the dropping of the atomic bombs on mostly Japanese civilians saved more lives at the end. From such a belief it does not follow that these unprecedented tragic acts were morally justified. In hindsight, these unprecedented acts can be reasonably conceived of as a war crime or perhaps even as a colossal terrorist act.

In his interview with Errol Morris for the documentary The Fog of War, Robert S. McNamara, who was a captain in the USAAF responsible for analyzing bombing efficiency during the latter part of World War II, candidly admits that if the US had lost the war, he and his superiors would have been tried for war crimes for their firebombing of Japanese cities that resulted in the estimated deaths of hundreds of thousands civilians. Even General Curtis LeMay, who implemented such a morally questionable policy, admits as much. This seems to be another possible lesson that reasonable and fairminded people can learn from the events leading to and including those of Hiroshima and Nagasaki⎯two or more wrongs do not make a right.

It is painfully ironic that two of our most distinguished military commanders⎯Generals Eisenhower and MacArthur⎯did not see any military merit in the dropping of the atomic bombs. They thought that they were unnecessary to win the war. Scholars are likely to continue debating ad infinitum about what would have been the number of casualties, or whether they Japanese were ready to surrender had the atomic bombs not been dropped. Nevertheless, there is consensus that in August 1945 Imperial Japan was no longer a significant threat. The problem of deciding a policy based on future or potential casualties, as in the case of the dropping of the atomic bombs, is that we deliberately killed hundreds of thousands civilians, whose actual rights were violated, to presumably save millions of potential casualties. Potential casualties, however, are not actual casualties.

Vicente Medina is Professor of Philosophy at Seton hall University and author of Terrorism Unjustified: The Use and Misuse of Political Violence