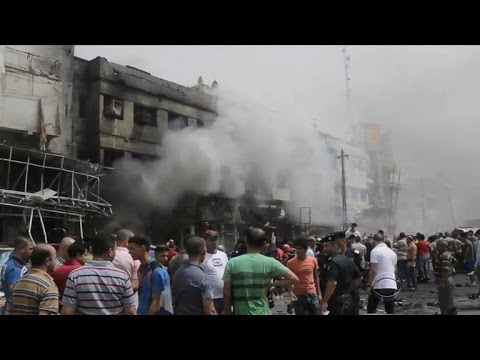 From all accounts, most people in Fallujah are very happy about being out from under the murderous and puritanical rule of Daesh (ISIS, ISIL). But Daesh took the city in January of 2014 for a reason. Locals did not put up much of a fight to keep them out. The Sunni Dulaym tribe predominates in Fallujah, and they have not since 2003 felt that the Iraqi government truly represents them. They think it is a cat’s paw of Shiite Iran.

The social consequences of the conquest of Fallujah are considerable, with hundreds of thousands of fleeing the city in recent months and 20,000 streaming out of it just on Saturday. Fears of outbreaks of cholera in refugee camps with no running water are heightening.

But an increasing number of Sunni Arab Iraqis are putting out calls for the partition of Iraq. These include the tribes of northern Ninewah Province, where the large city of Mosul is situated.

A high Kurdish official in Iraqi Kurdistan has also called for partition once the Daesh insurgency is quelled.

Ominously, the Badr Corps has ruled out so much a partition. Badr was originally trained by the Iranian Revolutionary Guards Corps, and is a Shiite fighting force, one of the more effective.

This configuration is dangerous. You have nationalist Kurds, hopeless Sunni Arabs and militantly nationalist Shiites. The Shiites, at 60% of the country, probably have the social and economic weight to keep at least the Arab areas together. But it could be a sullen, cold-shoulder unity.