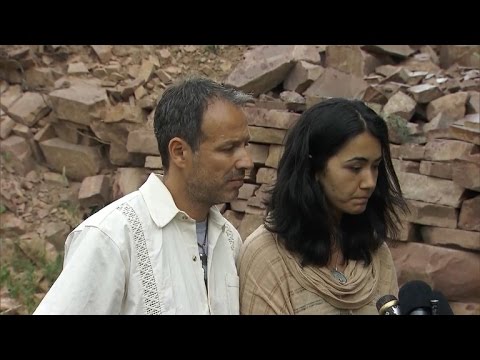 Regulars at Pulse Nightclub are saying that Omar Mateen, the alleged shooter in the early Sunday morning massacre there, was himself a regular! The Orlando Sentinel writes, “‘Sometimes he would go over in the corner and sit and drink by himself, and other times he would get so drunk he was loud and belligerent,’ Ty Smith said.”

So there’s just one thing about his claim to be acting on behalf of ISIL (with whom he appears never to have had any contact): puritanical Muslim fundamentalists of the ISIL sort don’t behave that way. Unbalanced, disturbed young Christian Americans who want to act out power fantasies that end in murder-suicide tend to claim a KKK, neo-Nazi, Christian fundamentalist or other white-nationalist identity in a desperate bid to make their loser lives and loser behavior seem cosmically important. And, Jewish young men with mass murder on their minds tend to do so in the name of some flavor of radical Zionism (Jewish nationalism, which makes Judaism a national identity rather than a private religious one). Muslim American young men with similar power fantasies and violent impulses inflate their egos with reference to al-Qaeda, ISIL, whatever the far right fringe Muslim boogey man of the day is.

As I wrote yesterday, it seems to me a distinction must be drawn between nihilism and terrorism, between the senseless action of a disturbed individual (no matter how he justifies it) and an actual political group to which a suspect actually belongs that deploys terrorism to achieve a deeply political goal.

6. Salafi Jihadis belong to a fringe interpretation of Sunni Islam and despise Shiites; they don’t typically claim to have an affiliation with a Shiite group such as Hizbullah, which is fighting ISIL in Syria. (Here “typically” means, like, “ever.”)

7. Salafi Jihadis don’t express a hope that non-Muslim police will assault their wives. In fact, they wouldn’t want men other than close relatives to so much as see their wives unveiled.

This is what a real Salafi Jihadi looks like, ie. Abu Musab al-Zarqawi

Omar Mateen was a disturbed person, likely brought up a nationalist rather than a fundamentalist, and didn’t have the slightest idea of what a Salafi Jihadi was. He was a fraud in every way. Likely the failure of his first marriage came from his mistreatment of his wife because deep down he was not straight and his self-betrayal made him hate her. When he felt bullied at work for his race or religion, he talked big, invoking Salafi Jihadi groups, without any understanding of them. He never adopted that lifestyle or joined any such group. He didn’t even know the difference between Sunni and Shiite.

It is possible, in fact, that his psychotic break came from being jilted at the club, and the massacre was his revenge.

To put all this on Muslims and Islam in general is frankly absurd.

Inside Edition: “Ex-Wife of Orlando Gunman Omar Mateen: He Was Mentally Ill and Unstable”