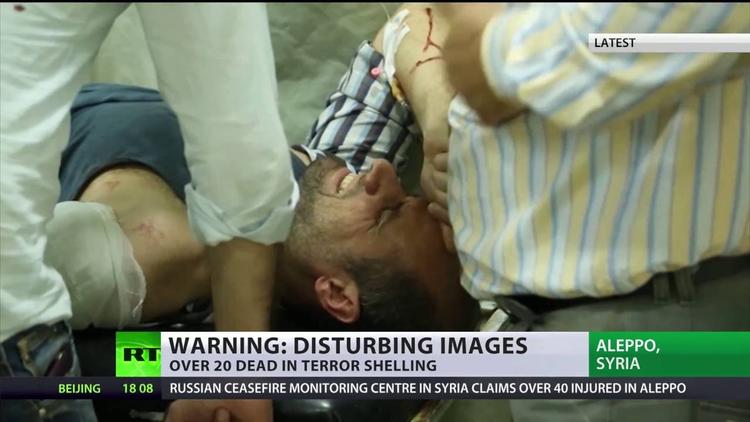 As the extremist group Islamic State (IS) and its rival Al-Qaeda have captured pieces of Iraq, Syria, and other countries in the region, they have had to balance their global aims with the specific local concerns of the communities under their control. Al-Qaeda’s latest attempt to do so shows that its leaders believe they can rally Syrians to their cause by appealing to a deadly, particularly Syrian form of sectarianism.

All Salafi jihadists reject the idea of al-qutariyyah, or Muslims’ division into what they consider artificial states. This is part of why Islamic State has been so fixated on the destruction of state borders, like the one separating Iraq from Syria. But while IS has relentlessly suppressed local difference and impressed its supranational identity on its subjects, Al-Qaeda has proved more willing to accommodate local priorities. Unlike IS, which has deployed its conquered territories and peoples in the service of its own universal war, Al-Qaeda and its affiliates like Syria’s Al-Nusra Front have sought to install themselves as the vanguard of Sunnis’ existing national or regional armed struggles.

These organizations’ goals are all, ultimately, global. Yet Al-Qaeda has advanced its aims by speaking the language of local conflict. Now, with the latest video address from supreme Al-Nusra Front religious official Sami al-Oreidi, we can hear an example of how Al-Qaeda argues for jihad in Syrian vernacular.

Oreidi’s speech comes after Al-Qaeda chief Ayman al-Zawahri’s May 8 audio message, titled Hasten To Syria, in which Zawahri emphasized the centrality of Syria within the global jihad.

Sami al-Oreidi’s June 3 Ramadan video address, titled When The People Of Al-Sham [Syria] Have Been Corrupted, Then There Is No Good Left In You, is a sort of companion piece to Zawahri’s message. But where Zawahiri directed a message about Syria’s factional rebel politics to a narrow audience of militants and fellow-traveling Islamists, Oreidi seems to have made an appeal for jihad to Syria’s Sunni public on Syrian terms.

In the video, Oreidi situates Syria’s war within an overarching struggle between truth and falsehood. Yet he argues for that war in terms of Syria’s special religious significance, Syrian history and, in particular, Syria’s specific sectarian resentments. It turns out that, when the Al-Nusra Front and Al-Qaeda want to tap into an indigenously Syrian sentiment to fuel their jihad, they look to toxic — even genocidal — sectarianism.

First, though, Oreidi opens by pointing to Syria’s religious symbolism, citing instances in which the Prophet Muhammad attested to Syria’s importance. The title of the video has itself been relayed from a saying of Muhammad. According to Oreidi, “God on high made the devotion of the people of Al-Sham, or their corruption, the measure of the state of the Islamic nation.”

Oreidi recounts how Syria and Damascus were the center of the Umayyad Caliphate, a period he says was “akin to a historical miracle,” and one that witnessed the spread of Islam and a flourishing of scholarly and economic life.

Here is Al-Sham today, shaking off the dust of humiliation and shame, and attempting to return to its glorious history — after the Nuseiri sect [a derogatory term for Alawites, the sect to which Syrian President Bashar al-Assad belongs] first surrendered Muslims’ land to the Jews and then seized the system of rule and power in Al-Sham – to begin a new stage in the struggle between the people of Truth and the people of Falsehood.

As a model, Oreidi holds out Marwan Hadid, who founded the militant Muslim Brotherhood splinter group the Fighting Vanguard and agitated for Sunni rebellion before dying in a Syrian prison in 1976. Hadid remains a symbol of Syrian Sunni militancy and, posthumously, has been adopted as one of the forefathers of jihadism. In Oreidi’s telling, Hadid recognized the “Nuseiri” [Alawite] plot to wipe out Syria’s Muslims. Thus, Oreidi relates:

Much of the upper tier of Syrian President Bashar al-Assad’s regime, bound together by intermarriage and kinship networks, hails from the Alawite sect, and Alawites have historically been represented heavily in the country’s elite military and intelligence services. Over the course of the country’s ongoing civil war, the regime has rallied support from the country’s Alawite community — as well as members of the country’s other sects, including the Sunni majority — to defend the Syrian state against what it has argued is the threat of oppressive Islamist theocracy and genocidal terror.

And the verdict on Syria’s Alawites, Oreidi makes clear, is death.

Oreidi cites medieval Islamic jurist Imam al-Ghazali, who wrote, “Proceed with [the Alawites] as you would with apostates…. The land must be purged of them.” He also quotes Islamic scholar Ibn Taymiyyah, himself Syrian and among the formative influences on modern Salafism:

This people called the “Nuseiriyyah” [Alawites], along with all types of esoteric Qarmatians [a Muslim sect that fused elements of Shi’a Islam and Persian mysticism], are more infidels than the Jews and the Nasara [Christians]; more infidels, in fact, than many polytheists. Their harm to the nation of Muhammad, peace be upon him, is greater than the infidels waging war on it.

To conclude, Oreidi warns that the struggle ahead will be costly and divisive, but that this price must be paid to distinguish the righteous. Lastly, he calls for the Islamic country’s scholars to speak the truth, as Ibn Taymiyyah once did.

Oreidi’s call for the extermination of Syria’s Alawites was the speech’s most attention-grabbing element, but in many ways it was nothing new. The Al-Nusra Front has gained a reputation for “moderation” in large part thanks to the comparison with the hyperextreme, murderous Islamic State. Yet the Al-Nusra Front has set itself apart mostly with its comparatively reasonable treatment of fellow Sunni Muslims — not heterodox Islamic sects like Shi’a or Alawites.

Even after all the massacres [the Alawites] have committed against us, our religion is one of mercy, and we’re not criminals or murderers. We fight those who fight us, and we fight to stand up against oppression. Even the Alawites, if we clarify their mistakes to them and how they’ve left their religion [Islam], and they renounce [Alawism], lay down their arms, and wash their hands of the actions of Bashar al-Assad, then we would consider them safe. In fact, we would take responsibility for protecting and defending them.

Some mistakenly interpreted Jolani’s remarks as newly tolerant or conciliatory, but implicit in what he said is that Alawites are apostates from Islam. The message was that if they do not repent and convert en masse to Al-Nusra’s vision of Islam — another sort of cleansing — they can still expect an ugly death.

This sort of hostility to Alawites and other heterodox Muslim sects goes beyond jihadism, of course. Given Ibn Taymiyyah’s foundational influence, it is arguably hardwired into Salafism, and it has resonance even among some who subscribe to less austere varieties of Sunni Islam.

But in Syria, anti-Alawite antipathy is also tangled up in decades of oppression by a regime dominated by a single, largely Alawite clique. When Jolani listed Sunni Syrians’ grievances against Syria’s Alawites, they were temporal, not theological: barrel bombs, torture, and rape.

Oreidi’s latest address puts a scholarly sheen on the same sort of sectarian anger. Oreidi has attempted to build a bridge between Al-Qaeda and Syria’s Sunni public. And between global jihad and Syrian concerns, he seems to have calculated that sectarian revanchism is the common ground.