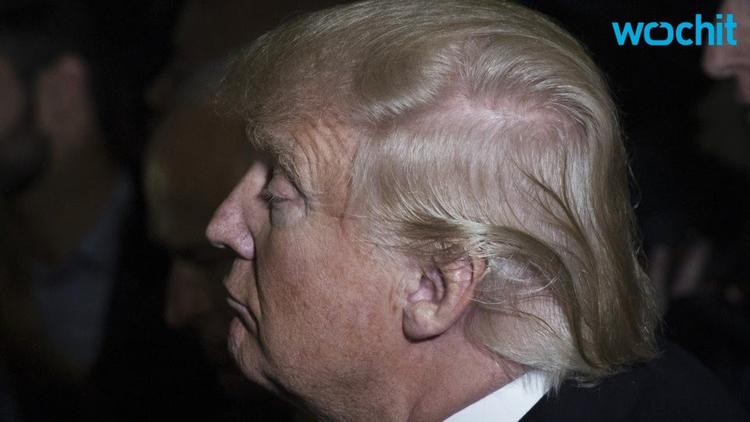 PATERSON, New Jersey — The president of the largest mosque in northern New Jersey says Donald Trump’s campaign for the White House has galvanized his community to raise its profile and reach out to non-Muslim neighbors.

Trump, who accepted the Republican Party nomination on July 21 and is all but certain to face Democrat Hillary Clinton in the November 8 presidential vote, has had plenty to say about Muslims during his controversial campaign.

In December, he called for “a total and complete shutdown of Muslims entering the United States.”

Also late in 2015, he advocated the surveillance of mosques, appeared to advocate the registration of U.S. Muslims in a database, and made the false claim that “thousands and thousands” of Muslims in New Jersey celebrated the Al-Qaeda attack on the World Trade Center — whose victims included many New Jersey residents working in the towers across the river — on September 11, 2001.

New Jersey has the second-largest Muslim population of any U.S. state — a wide-ranging group that includes immigrants from the Arab world, Turkey, and Sudan as well as those born in the United States.

Paterson, about 20 miles northwest of New York City, is a hub — and Muslim life is thriving.

There’s a Muslim candidate running for the first time for the board of education in Clifton, next to Paterson. The ICPC mosque opened a second campus, in neighboring Clifton, in June.

During a recent visit, signs along the street wished visitors a Ramadan Mubarak, a blessing for the holy Muslim fasting month that ended in early July.

At Istanbul Cafe, Turkish-born English major Nesibe Kilic, 20, says that growing up in this environment was “kind of like you’re in a bubble.”

Ringing up orders for the Turkish breakfast dish menemen — scrambled eggs with tomatoes – Kilic says that seeing Trump bumper stickers in the parking lot of Montclair State University, where she studies, felt like “a betrayal in my own home.”

“Honestly, if [Trump] becomes president, I don’t even know if I would stay here,” she said. “I have opportunities. I can move back to my country, I could go to Canada, my dad works there. A country with him as president would go into chaos.”

Trump’s campaign, and the prospect of a Trump presidency, has prompted the ICPC to step up its outreach to non-Muslim neighbors.

Awad says his mosque, which is a spiritual home for about 2,000 regulars, has long been involved in such efforts, whether through blood drives, feeding the hungry, or inviting non-Muslims over for holidays.

Now, he says, the mosque is seeking extra attention. It’s sending out more press releases. Teens from the mosque have handed out “Roses for Peace” in New York City and offered to speak to people about their faith.

“We’ve been doing a lot of great work for the past 25 years,” Awad says. “Maybe we need to have a better highlight and media exposure on the work we’ve been doing.”

At the same time, he said Trump’s candidacy and comments have made New Jersey Muslims stand taller, not shrink from the spotlight.

Egyptian-American Mona Ahmed, 55, who sat in the mosque’s lobby before midday prayers, says she has not hesitated to wear her hijab, the Islamic head covering, in the months of Trump’s campaign.

“I feel more proud,” she says. “Believe me. And you know something? I have a daughter who doesn’t wear hijab. But since [Trump] talks about Muslims like this, she comes…closer to Islam.”

Ahmed predicts that if Trump wins, America will become “a third world country” because foreign investment will dry up.

Not all Muslims in the area share her view of Trump.

Elena Serbest, 41, a Bulgarian Muslim immigrant, says she will vote for Trump because she likes his ideas for the economy. Maybe under Trump she could get a better job than her current employment as a cafeteria monitor, she says.

Rita Makhoul, 51, a Syrian Christian nanny originally from Damascus, says she plans to vote for Trump because she is “sick of” the Democrats and believes Clinton “does not tell the truth.”

“I know you are surprised because I’m Arabic and Syrian,” she says. “I like to change.”

Jim Sues, director of the New Jersey chapter of the Council of American-Islamic Relations, says larger mosques in New Jersey are making efforts like those of the ICPC to connect with non-Muslim neighbors.

“There, of course, has been Islamophobia for decades, but someone in a leadership position like Donald Trump…it kind of green lights that kind of feeling, that posture toward Muslims,” Sues says.

He says the Council is running voter-registration drives out of mosques across the state of New Jersey, whose Muslim population he estimates at 200,000-300,000.

On the local level, outreach efforts seem to be working. When the ICPC opened its new campus in Clifton, Awad says, town council members came to show their support. One of those was Lauren Murphy, a Democrat who is not a Muslim.

Before the opening, the mosque sent out fruit baskets to neighbors, which Murphy says was an unprecedented gesture from a religious community. There was some hesitation about the mosque among non-Muslim neighbors who worried about the increased traffic on the streets, she says.

Paterson resident David Read, 55, who is not Muslim, walked along Main Street with groceries. The retired chemist says he came to buy beer that he planned to drink while doing construction on his home. Living in Paterson gave him a peek at Muslims in America, Read says, and he liked what he saw.

“They’re the same as me,” he says. Under Trump, he worried, “the way that people will look at different races, such as Muslims, Puerto Ricans, Mexicans especially – I think you’re going to see a very biased opinion from Trump trickle down.”

At the mosque, President Awad says the congregation was planning on renovating the building, originally a synagogue, to add more windows. The renovation was planned far before the election campaign, but it was a symbol of the community’s move to connect more closely with the community.

It’s not because of Trump, Awad says. The Prophet Muhammad, who Muslims believe revealed Islam, was a messenger of God and told his followers to spread that message.

“You can call it a marketing campaign, but it’s pretty much coming out of the book of Muhammad,” Awad says.

Vote It!: “Will Donald Trump Cause a Record Muslim-American Voter Turnout?”