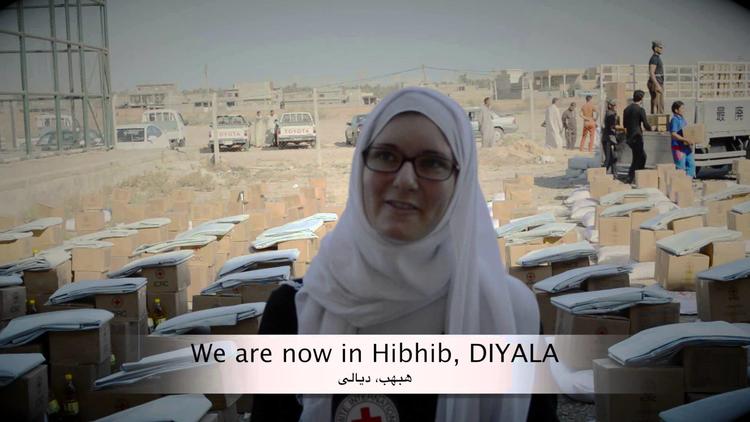 Thirteen years ago, American and British troops launched Operation Iraqi Freedom. The Iraqis were promised freedom from tyranny, but the subsequent destruction of the Iraqi state apparatus as well as the cycle of violence that continues to this day destroyed the health system that cared for the nation.

In 2003, the health service in Iraq was in a bad way following years of economic sanctions imposed by the United Nations. The sanctions contributed to the death of thousands of citizens from malnutrition and a lack of essential drugs.

This fragile, state-sponsored health service was severely damaged by the invasion. Around 7% of the hospitals were partly destroyed during the war, and 12% were looted in the chaos that followed. Many health care facilities were taken over for military use during the conflict.

No plan to rebuild what they’d destroyed

Neither the Americans nor the British had any plans for the healthcare system. Despite a promised aid package of $18.4 billion
to rebuild Iraq, only a few small contracts were awarded to private contractors. The World Health Organisation (WHO), United Nations International Children’s Emergency Fund (UNICEF) and local Iraqi experts were not consulted. The main aim of these contracts was to train the ministry of health staff on public health planning and health policy development since the majority of the experienced staff were made redundant as part of the American policy to rid the government institutions of people likely to be loyal to the previous regime.

Iraq, to this day, has no comprehensive health policy. Contrast this with the Iraqi health service of the 1970s and 80s which was one of the most advanced in the Middle East.

Today, most of the country’s 1,717 primary healthcare centres have no running water or electricity, and the 197 hospitals don’t have enough equipment or expertise to deal with the needs of a nation confronting ever increasing violence and terrorism.

After the handover of the power from the US-led coalition forces to the first Iraqi government, it was reported that 40% of the 900 essential drugs were out of stock in hospitals. This happened at time when Iraq needed every little bit of help it could get to deal with its worst health crisis for decades. There was – and still is – a continuous surge in trauma-related hospital admissions caused by the violence in addition to an increase in the burden of chronic diseases such as heart disease and cancer (making up to 44% of the causes of mortality).

Last year, a WHO report revealed the dark reality of the state of health in Iraq with high mortality rates among children under the age of five as well as outbreaks of diseases such as cholera and polio, in a country where millions of people have no access to healthcare services.

The poor security conditions that continue to this day and the failure of the Anglo-American occupation forces to come up with a policy to protect the healthcare professionals led to an exodus, with nearly 75% of doctors, pharmacists and nurses leaving their jobs since 2003 with many departing to seek refuge in safer countries.

It is estimated that as few as 9,000 doctors and 15,000 nurses are serving nearly 28m Iraqis. This is nearly six doctors and 12 nurses for every 10,000 citizens. For a similar population in the UK, there are 23 doctors and 88 nurses that provide healthcare services. Dentists, pharmacists and healthcare managers are also in short supply.

There are almost no healthcare professionals in rural areas or to provide care for millions of internally displaced people. Also, training of healthcare workers was disrupted with medical and nursing schools struggling to remain open and many students facing security threats and no prospect of adequate training. The lack of provisions to train more healthcare professionals and the mass migration of trained staff exacerbated the shortage of experienced well-trained professionals to provide health service.

Any plan to rebuild the healthcare system in Iraq should aim to provide adequate protection for the people providing the service.

The state of the Iraqi health service and the future of its workforce can be summarised in the words of the WHO Director General, Margaret Chan: “The situation is bad, really bad, and rapidly getting worse.”

Iraq is facing a health and humanitarian crisis as the result of decades of war, occupation, violence and terrorism. Nearly 3m people are internally displaced, 6.9m Iraqis need immediate access to essential health services, and 7.1m need urgent access to clean water and sanitation. As the Chilcot Inquiry finally releases it report into the war, people in Iraq continue to suffer the results of Operation Iraqi Freedom.

International Committee of the Red Cross: ” Iraq: Protecting human dignity in the field”